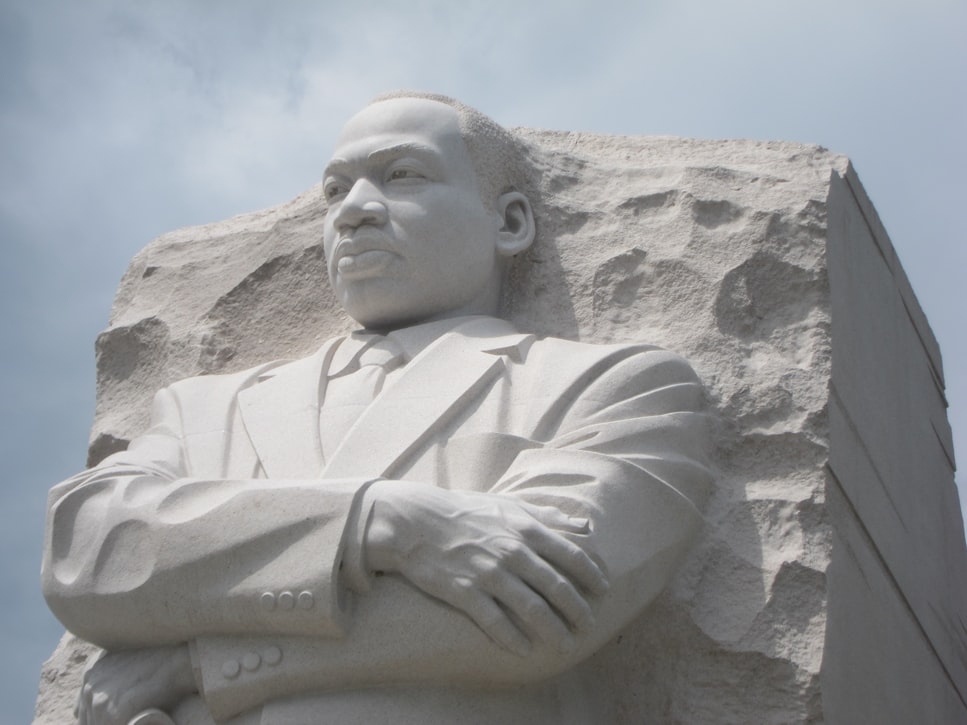 During the day, I also saw articles and listened to commentary by some folks who questioned Dr. King’s fitness to have a national holiday named for him.

I understood their concerns, but disagreed with their conclusion.

It might be helpful to begin with my own personal history of race relations.

I never experienced the ugliness of racial discrimination. Black folks were a small percentage of our Pacific Northwest population where I grew up. In my graduating class of 360 students, only fifteen were of African-American descent. One was a cheerleader and a great friend to this day, and another beat me out for class president in ninth grade.

My classmates and community appeared to be color blind and recognized people for their character, gifts, and achievements.

During the 1980s, I lived in Washington, D.C., when the city was 80% black and I learned the historical evils of discrimination. I grew to love many black people, churches, and culture. To this day, some of them are my best friends.

I’ve never considered myself prejudiced nor experienced it. But I know that it was ugly and real, especially in the South, from the end of the Civil War to the 1960s when Dr. Martin Luther King, Jr. catapulted into national prominence.

His strengths brought him fame. He was a pastor–a man of faith in God. His great courage propelled him to organize and lead marches against segregation and discrimination. He championed righteous protest–non-violence–as opposed to hatred and terror. That gave him immense moral authority over those who opposed his message.

Dr. King was a brilliant thinker and magnificent public speaker. I’ve been to the Lincoln Memorial many times where he mobilized 260,000 people on August 28, 1963 for his “I Have a Dream” speech–one of the greatest in American history. I use it today in some college classes to give students a great example of what a “Vision Statement” entails.

None is better than “I Have a Dream.”

But I admit that when the possibility of naming a holiday after Dr. Martin Luther King, Jr. came up in the 1980’s, I had mixed feelings. At that point, the only federal holidays devoted to individuals went to George Washington, the father of our country, Abraham Lincoln, who freed the slaves and won the Civil War, and Christmas, the birth of our Lord and Savior Jesus Christ.

I wasn’t sure MLK rose to that standard.

In my view, honoring historic figures in this way came down to their achievements and their character. Both Washington and Lincoln met both criteria.

But a person like Thomas Jefferson did not–due to his infidelities with slave Sally Hemings and poor financial stewardship. Jefferson’s achievements were “great,” but not his personal life.

And that’s where I had trouble with Dr. King. It was a matter of public record that he lived a life of adultery when married to his wife and while trumpeting the righteous cause of human equality.

I wondered if that “mixed bag” of good cause but poor morality disqualified him from national greatness.

Over time, I’ve concluded that godly causes are more important than personal moral perfection when it comes to human achievement.

We’re all sinful and separated from the holiness of God–in thought, word, and deed. That’s why we desperately need a Savior–the Lord Jesus. But there are degrees of sin and evil in our lives and a difference between evil thoughts (which affect only us and God) and evil actions which affect others.

Both Washington and Lincoln were sinners like us–but didn’t show it in their deeds or outward character. As far as human beings go, they met a high standard of great achievement while outwardly committing few obvious sins.

Inward sin doesn’t defile as much as outer sin. But it still separates us from God.

It also relevant when the outer sins are committed. Ronald Reagan, who might be worthy of a federal holiday, was immoral in his younger years, but not in his older ones. JFK was great in vision and oratory (inspiring us to land on the moon), but committed serial adultery while in the White House.

That’s where people have a point about Dr. Martin Luther King. While God used his courage, wisdom, and speech to turn the tide against racial discrimination, he was also fooling around sexually. It wasn’t in the past and repented of. It co-existed in the present.

But sometimes God uses us to achieve great things despite the character flaws in our lives.

There are many biblical examples, from Samson to Moses, David, and Paul in the New Testament. Most put their “outer” sins in the rearview mirror before achieving greatness, but not all.

I understand that Dr. Martin Luther King does not meet the overall character standard of say a Joshua or Daniel in the Bible or George Washington of Abraham Lincoln in American history.

But his other character traits–courage, tenacity, and humility (non-violence) coupled with with immense gifts of intellect and oratory should create a high level of respect–especially because he elevated a down-trodden people who, in their heritage, experienced the horror of slavery.

I thank God for MLK’s courage and accomplishments–despite his moral failures.

And I thank God for his forgiveness of sins while celebrating Dr. King’s birthday.

Here is part of the end of his most famous speech, which you can read here in its entirety.

And when this happens, and when we allow freedom ring, when we let it ring from every village and every hamlet, from every state and every city, we will be able to speed up that day when all of God’s children, black men and white men, Jews and Gentiles, Protestants and Catholics, will be able to join hands and sing in the words of the old Negro spiritual: “Free at last! Free at last! Thank God Almighty, we are free at last!”

“When the architects of our republic wrote the magnificent words of the Constitution and the Declaration of Independence, they were signing a promissory note to which every American was to fall heir,” Reverend King said. “It is obvious today that America has defaulted on this promissory note insofar as her citizens of color are concerned.”

However, despite the frustrations and injustices, King still believed in America and her founding principles.

We can focus on the content of our character and not the color of our skin (as Reverend King described the future he wanted for his children). We can remember the moral forces of seeking justice, listening to each other, and finding ways to improve rather than undermining America.

These principles and Reverend King’s reverence for the “magnificent words of the Constitution and the Declaration of Independence” should be a guiding light.