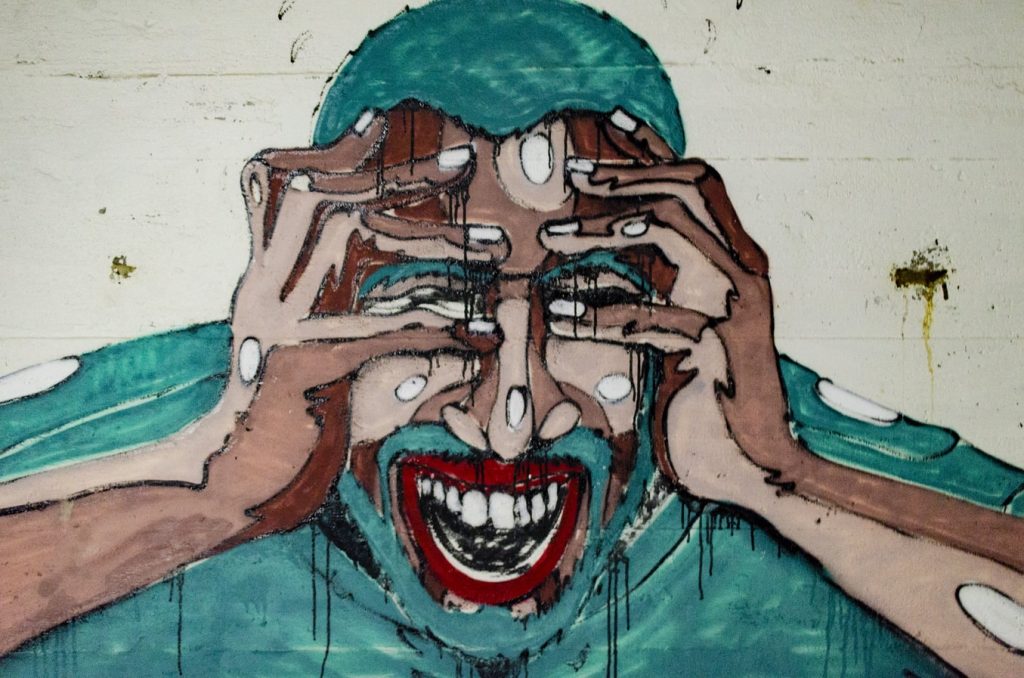 As impeachment-mania rages in the mainstream media in the United States, and as President Trump counter punches Joe and Hunter Biden with allegations of nepotistic corruption in Ukraine and China, I hear some voices in the background.

They are extremely agitated, cunning, reckless, and running scared.

There are other voices I long to hear, but in today’s column I will focus on the background wails that seem to be rising in the United States and all over the world.

I hear a cry of desperation.

I Hear a Cry of Desperation

I’ve lived through one attempted impeachment of a president–Bill Clinton in 1998–and am knowledgeable of the other which nearly drove Andrew Johnson from office in 1868 (he survived by one vote).

But I’ve never heard of such weak and trumped up charges (excuse the pun) being leveled at our president by Nancy Pelosi and her kin in the House of Representatives. If you read the transcript of the telephone call between President Trump and Ukraine’s President Zelensky on July 23, the normal person will see nothing wrong.

Our president asked theirs to look into corruption (which appears legitimate involving the Biden family) and gave no quid pro quo (a this-for-that bribe).

So why did the Speaker of the House explode over the call and promise to fast-track impeachment proceedings on the basis of this flimsy evidence?

I’ll answer that in a moment.

It also bothered me that Speaker Pelosi had the gall to ask her fellow Americans to pray for the impeachment proceedings.

Pastor Robert Jeffress, pastor of the 12,000 member First Baptist Church in Dallas, responded for millions of us:

“I think it’s hard to take Nancy Pelosi’s call to prayer seriously. I mean it reminds me of a pyromaniac with a match in hand about to set fire to a building, saying ‘Please pray with me that the damage I’m about to cause isn’t too severe.'”

“If you’re really sincere about that prayer then put down the impeachment match—they couldn’t beat him in 2016 against Hillary Clinton, they are increasingly aware of the fact that they won’t beat him in 2020, and impeachment is the only tool they have to get rid of Donald Trump and the Democrats don’t care if they burn down and destroy this nation in the process.”

Later, Jeffress said the frivolousness of the impeachment strategy would lead to “a Civil War–like fracture in this nation from which this country will never heal.”

I agree. The fault lines have been growing for a generation–a fight between biblical freedom and secular fascism.

The Democratic Party and their media allies have been desperately trying to remove Donald Trump from office because, despite his obvious weaknesses, he is still driving a  renewal of America’s biblical and free enterprise base–and could win election again in 2020. The intelligence leaks didn’t work, the dirty dossier failed, and the Mueller investigation tanked.

Yet, they’ve convinced a portion of the American republic that Donald Trump and his policies are America’s greatest threat and it is their paramount duty to remove him from office.

But it’s all “lies”–(the same name as Chapter One of my recent book).

Yes, we are more susceptible to deception today in America due to the erosion of “virtue and knowledge”  in American hearts and society (Samuel Adams’ warning). When you’re immoral, narcissistic and uninformed, you won’t stand up to evil.

It happened in Germany in the 1930’s. The people bought the lies of the Nazi leadership and their head propagandist. Fred Weinberg of the Western Journal explains:

“[Joseph] Goebbels theorized that, ‘If you tell a lie big enough and keep repeating it, people will eventually come to believe it. The lie can be maintained only for such time as the State can shield the people from the political, economic and/or military consequences of the lie. It thus becomes vitally important for the State to use all of its powers to repress dissent, for the truth is the mortal enemy of the lie, and thus by extension, the truth is the greatest enemy of the State.’”

“That was based on a line from Hitler’s Mein Kampf: ‘The great masses of the people … will more easily fall victim to a big lie than to a small one.’”

Can the Big Lie work in 2019 in the United States? Apparently Nancy Pelosi, Adam Schiff and their media cheerleaders think so.

Let’s back up for the a moment and look at the global picture.

Have you noticed this fall that four of the major bastions of human freedom in the world are simultaneously under siege? It’s not just the attempt at a Trump impeachment:

Why these four battles at the same time?

Because all of them stand squarely in the way of the leftist (secular) scheme to bring the globe into one world conformity (tyranny).

It’s all about One World Government.

For “globalism” to triumph Britain must be stopped from the leaving the EU–the model for a One World System. If the U.K. goes, others may follow, postponing the dreams of internationalists. England was the great Christian missionary-sending nation of the 19th century.

Israel must be “wiped off the map” for the world system to be at “peace.” God’s people have always been in the cross-hairs of Satan’s purposes on earth.

Hong Kong is one of the spiritual and financial bastions of freedom in Asia–resisting the only government on earth that could challenge America for world influence (China).

The United States–a backslidden nation–but still the world’s guardian of personal and religious liberty, is the leading nation in world evangelization in the 20th and 21st centuries.

So where does the cry of desperation originate?

In the mouth of demons and their human surrogates who see their plans for keeping England captive, annihilating Israel, weakening the U.S. and losing Hong Kong unraveling before their worried eyes.

Those guttural cries lie behind the Speaker Pelosi’s rattled actions and that of other secular one-worlders. Their plans might not just be set back temporarily. They could be wrecked for generations.

As a follower of Christ, one might ask: “Should we fight against this evil or simply give in to it because it’s inevitable–even the Bible foretells it?

We are always called to fight against evil (Romans 12:21) while leaving end time scenarios to God. What if twentieth century Western nations had simply laid down before the Germans and Japanese and let them take over the world? Then hundreds of millions of people would not have heard the Gospel through the greatest evangelism explosion of all time (1950-to-the-present-day).

I hear a desperate cry from the demonic world. They’re in a panic trying to hang onto their one globalist plan.

We need to hear another cry–the prayers of God’s people going up for the United States, England, Israel, Hong Kong, and all nations, prevailing with God for a global harvest of liberty and salvation.

Who will be most desperate in the 21st century? God’s people or the totalitarians led by the demonic world?

That choice is up to us.