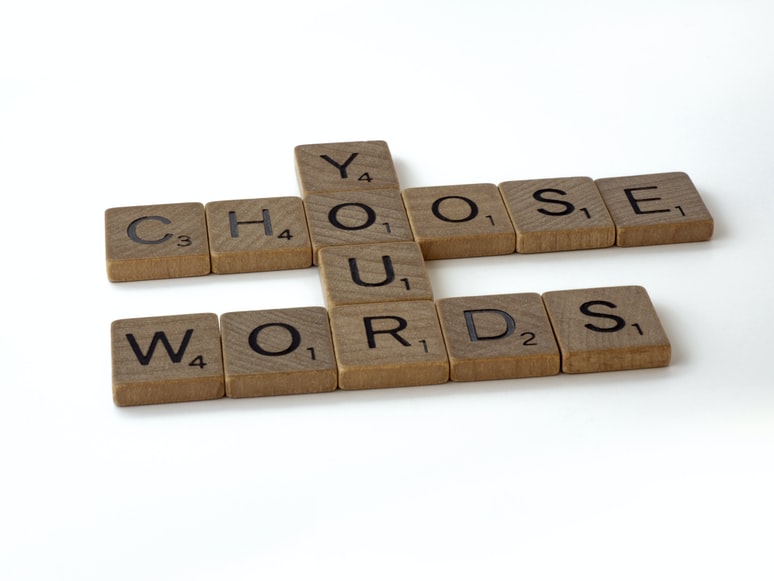 Many weapons are used in a cultural or civil war. But the vanguard always involves a “war of words.”

God used words to create the cosmos out of nothing (Genesis 1:3-31). His language possessed creative power. When humans (made in his image) use words, they create mental realities, passion, and momentum for societal change. They also give meaning and authority to the ideas behind them.

Right now we are losing the war of words in America’s cultural war.

We must change the language to renew the culture.

END_OF_DOCUMENT_TOKEN_TO_BE_REPLACED 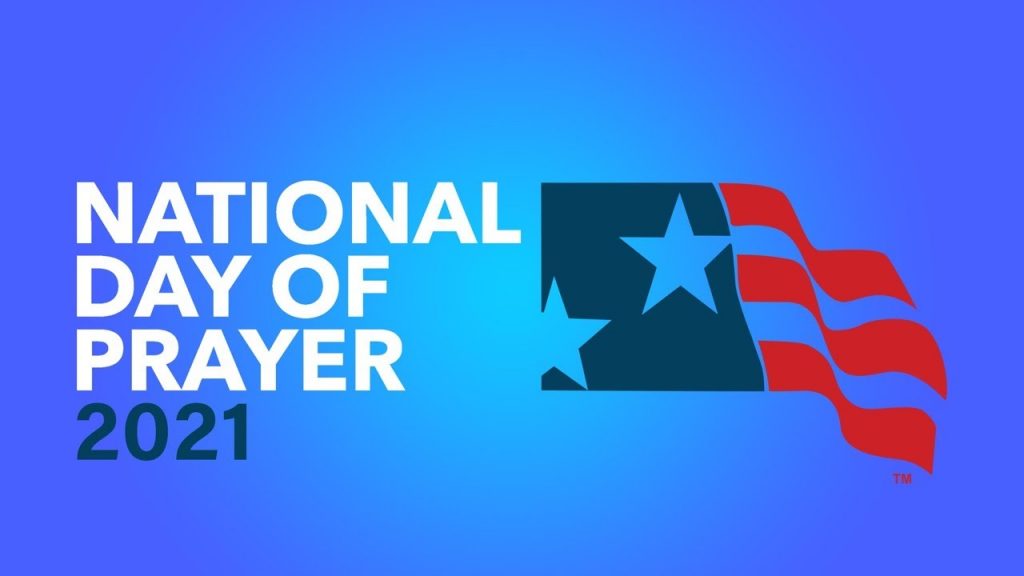 I had the privilege in 1988 of helping establish the National Day of Prayer as a fixed date (the first Thursday in May) and have participated in the national celebration in D.C. many times over the past thirty-three years.

The National Day of Prayer is a uniquely American event–and maybe our most important holiday.

The Incredible History of the National Day of Prayer

This year’s National Day of Prayer is Thursday, May 6.

Here’s how it came about.

The fall observance became a set tradition by President Lincoln as the official Thanksgiving holiday in 1863. The spring observance was signed into law by President Truman in 1952–encouraging a National Day of Prayer for all Americans.

The problem with the Truman proclamation was that it set no definite date or day for united prayer during the spring. That would take place thirty-five years later.

They are uniquely American.

Disputes over taxes and the like between the colonists and England during the mid-1700s ignited both the Revolutionary War and prompted some American cities/colonies to proclaim days of prayer. For example, the people of Boston declared a day of fasting and prayer in September 1768 to protest a British edict to station troops in the city. The Boston Massacre would take place less than a decade later.

Virginia’s House of Burgesses proclaimed a day of fasting and prayer on June 1, 1774, to protest the British blockade of Boston Harbor. Local pastors led the colonists in prayer and Thomas Jefferson wrote that “the effect of the day through the whole colony was like a shock of electricity.” This moved some Virginia patriots to choose delegates to establish self-rule in the Commonwealth of Virginia. The South Carolina, Maryland and Georgia colonies all observed official days of fasting and prayer during the lead-up to the “Glorious Cause” of the American Revolution.

The observance of a day of fasting and prayer was announced in all the colonies by the Continental Congress in 1775. Congress issued a proclamation for “a day of public humiliation, fasting, and prayer” to be held on Thursday, July 20, 1775. It came about due to the British invasion of Boston and the beginning of the war.

This was the first true National Day of Prayer scheduled for a Thursday—which would surface again 212 years later.

On behalf of the Continental Congress, John Witherspoon and John Hancock, instructed the colonists to pray for an honoring of “the just rights and privileges of the Colonies in civil and religious” matters. The proclamation was sent on horseback to every town. John Adams wrote that the people responded enthusiastically to the call to prayer and more people attended than normally went to church.

After these nation-changing precedents, the United States Congress decided to call for a day of fasting and prayer each spring, and a day of thanksgiving and praise every fall. Thanksgiving became fixed on the fourth Thursday of November–but the National Day of Prayer continued to move around.

As head of the Continental Army, General George Washington acknowledged a day of “fasting, humiliation and prayer” proclaimed by the Continental Congress to be held on Thursday, May 6, 1779—at a crucial time in the war for independence. To enable his soldiers to participate, Washington ordered a one-day stoppage of work and recreation. In March 1780, Congress proclaimed another day of “fasting, humiliation and prayer” to be held on April 26, 1780.

National days of fasting and prayer stopped for a time after the war during the forming of the U.S. Constitution. They resumed on October 3, 1789, when President George Washington called for a National Day of Prayer and Thanksgiving for Thursday, November 26, 1789—a renewal of the Thanksgiving tradition that took place in most of New England.

President Adams continued the practice of announcing national days of prayer in the spring and fall. Interestingly, and probably due to his questionable faith at the time, President Thomas Jefferson did not schedule such “holy days” for the nation. He considered prayer a personal matter and not a state concern.

After James Madison, none of the next eleven presidents issued prayer proclamations–a period of 47 years, from 1815 to 1862. America’s greatest president and the liberator of the slaves, Abraham Lincoln, renewed the heritage during our nation’s costliest conflict—the Civil War.

President Lincoln called the nation to fast and pray on three separate occasions. His first proclamation, focusing on national peace and unity, took place on the last Thursday of September in 1861.

“Whereas when our own beloved country, once, by the blessing of God, united, prosperous, and happy, is now afflicted with faction and civil war, it is peculiarly fit for us to recognize the hand of God in this terrible visitation, and in sorrowful remembrance of our own faults and crimes as a nation and as individuals to humble ourselves before Him and to pray for His mercy—to pray that we may be spared further punishment, though most justly deserved.”

“Therefore I, Abraham Lincoln, President of the United States, do appoint the last Thursday in September next as a day of humiliation, prayer, and fasting for all the people of the nation.”

Lincoln’s second proclamation, issued March 30, 1863, stated that we needed to repent as a nation through prayer and fasting.
These are some of his sobering words during some of the war’s darkest days:

“Whereas it is the duty of nations as well as of men to own their dependence upon the overruling power of God, to confess their sins and transgressions in humble sorrow, yet with assured hope that genuine repentance will lead to mercy and pardon, and to recognize the sublime truth, announced in the Holy Scriptures and proven by all history, that those nations only are blessed whose God is the Lord. It behooves us, then, to humble ourselves before the offended Power, to confess our national sins, and to pray for clemency and forgiveness.”

No one said it like Lincoln–to all Americans—black and white, slave and free.

His final proclamation for the first Thursday in August of 1864—just eight months before he was cut down by the assassin’s bullet–made a special plea to government leaders and all those in authority to seek God with fasting and prayer.

“The President of the United States [requests] to appoint a day for humiliation and prayer by the people of the United States; that he request his constitutional advisers at the head of the Executive Departments to unite with him as Chief Magistrate of the nation, at the city of Washington, and the members of Congress, and all magistrates, all civil, military, and naval officers, all soldiers, sailors, and marines, with all loyal and law-abiding people, to convene at their usual places of worship, or wherever they may be, to confess and to repent of their manifold sins; to implore the compassion and forgiveness of the Almighty.”

Abraham Lincoln knew we needed to pray as a nation for unity and peace, to repent before God, and let our religious and political leaders to guide the way.

National days of prayer continued sporadically through the first half of the 20th century, especially during World War I & II—with President Franklin Delano Roosevelt even leading the nation in prayer over the radio on June 6, 1944 just prior to D-Day. But It would take his successor, President Harry Truman, in response to a passionate desire by evangelist Billy Graham, to mandate a springtime National Day of Prayer.

“What a thrilling, glorious thing it would be to see the leaders of our country today kneeling before Almighty God in prayer. What a thrill would sweep this country. What renewed hope and courage would grip the Americans at this hour of peril.”

Representative Percy Priest from Tennessee received the challenge and members of the House and Senate introduced a joint resolution for an annual National Day of Prayer, “on which the people of the United States may turn to God in prayer and meditation at churches, in groups, and as individuals.”

On April 17, 1952, President Harry S. Truman signed a bill proclaiming a National Day of Prayer must be declared by each subsequent president at an appropriate date of his choice.

Finally, on February 3, 1988, President Ronald Reagan signed into law Proclamation 5767 establishing the 1st Thursday in May as our perennial National Day of Prayer.

Join your heart with millions of Americans to cry out God in prayer.

BREAKING NEWS: For the first time in seventy years there will be no national prayer gathering at the US Capitol this year due to the current administration denying access. Future trend of progressive leadership? Let us pray! 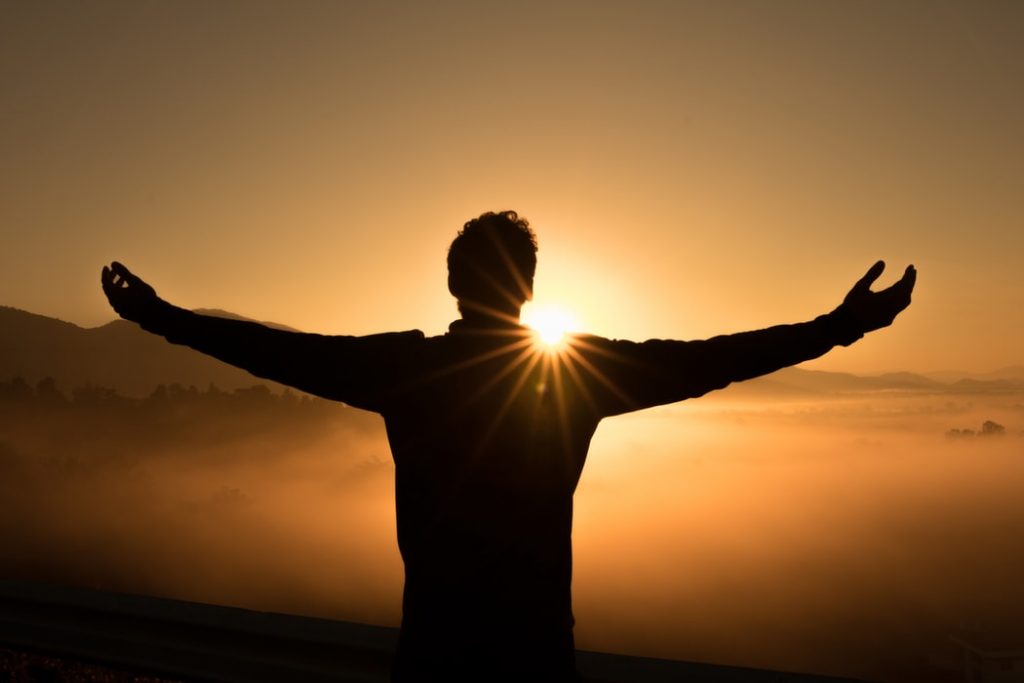