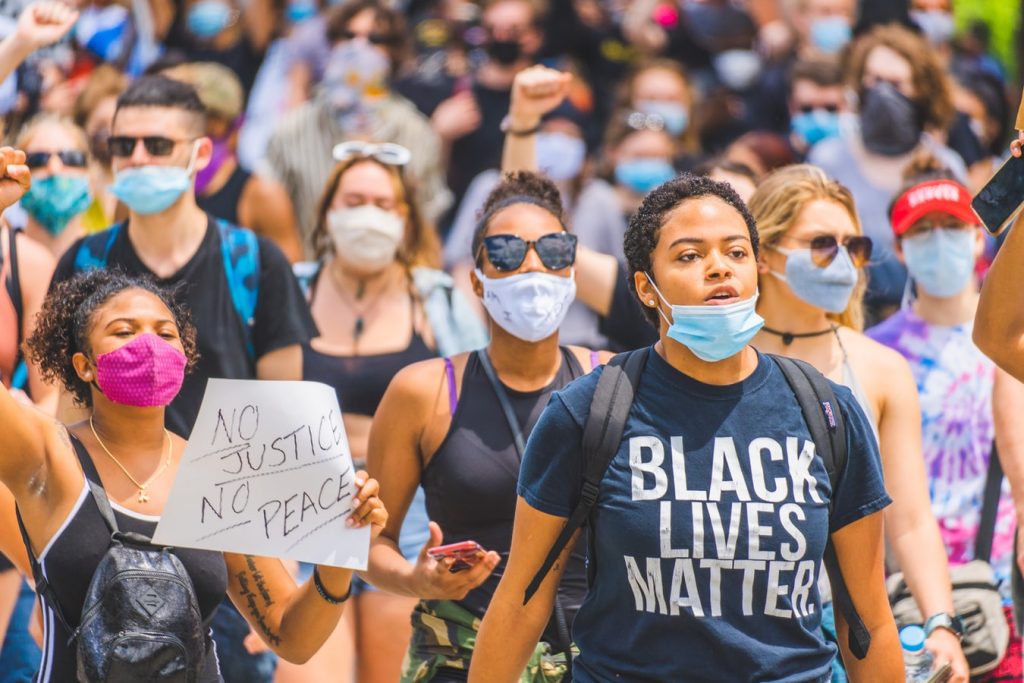 The Trojan Horse is a story how the Greeks used stealth to win a war. It’s part of Greek mythology–but possibly based on real events.

We better “drag it out” of our nation before it’s too late.

The Trojan Horse of BLM

Here’s the quick history of the Trojan Horse.

After a fruitless battlefield stalemate, the Greek army built a huge wooden horse and hid some elite soldiers inside. When they pretended to sail away, the Trojans pulled the horse into their walled city as a victory trophy.

That night the soldiers crept out of the horse and opened the gates for the Greek army, which had sailed back under cover of night. They entered and destroyed the city of Troy, ending the war.

Thus, a “Trojan Horse” means any trick or stratagem that causes one thing to be seen as another–to your own destruction.

If you haven’t noticed, the “Black Lives Matter” slogan now dominates the American landscape on yard signs, city streets, billboards, television commercials and social media.  If you haven’t heard of BLM, you’ve been asleep for the past six months.

Many people believe the slogan means we must improve policing procedures and help to right the disadvantages of black youth.

If that’s true, count me in and the other 330 million U.S. citizens under the Pledge of Allegiance for “liberty and justice for all.”

However, there is a wealthy and highly organized group behind the slogan called the Black Lives Matter Global Network Foundation whose founders are Patrisse Cullors, Alicia Garza, and Opal Tometi. In a 2015 interview, Cullors said, “Myself and Alicia in particular are trained organizers. We are trained Marxists.”

Garza first coined the “Black Live Matter” slogan in a July 14, 2013 Facebook post the day George Zimmerman was acquitted of murdering Trayvon Martin. Her friend Cullors put the hashtag in front and joined the words, so it could travel through social media. Tometi thought of creating an ­actual digital platform, BlackLivesMatter.com.

The goal of the Black Lives Matter Global Network Foundation goes beyond righting racial injustice. Their Marxist agenda would destroy the nuclear family and replace it with the state-run socialism or communism.

BLM is nothing less than a Trojan Horse for tyranny.

Naive Hollywood types, corporations, and athletes are now pulling that “horse” center stage in many American cities. They demand improved policing and justice for minorities.

That not what the foundation wants. As good Marxists, they use racial tension and culture war to ignite a communist revolution.

Marxists don’t believe in honesty or truth. They possess no “You shall not bear false witness” in their moral code. In fact, good Marxists believe that anything goes for the sake of the cause.

Here are a few of BLM’s questionable falsehoods:

TRUTH: Larry Elder explains: “Any analysis of whether cops are killing blacks because they are black would begin with noting the approximately 50 million police-civilian interactions that occur every year. Out of these 50 million interactions, about 11 million people are arrested. In recent years, about 60,000 cops have been assaulted annually.”

“All of this resulted in about 1,000 people being killed by the police on average in recent years, with almost all suspects resisting with a weapon or resisting violently. Of the 1,000 killed annually, approximately 250 were black and 500 white.”

“Is it too much to ask that sports celebrities, who parrot lines like ‘systemic’ police brutality against blacks, ask for facts first?”

Lie #2 – America is a racist nation founded on slavery.

TRUTH: America is the least racist large-ethnic-mix country in the world where 500,000 whites laid down their lives in the Civil Way to end the multi-thousand-year practice of slavery. Though many policing improvements can be made, we produce greater opportunities for all races than any nation in history.

Lie # 3 – There is systemic racism in the USA demanding social justice.

TRUTH: Diamond & Silk (Lynette Hardaway and Rochelle Richardson) are African American entertainers who walked away from the progressive left in 2016.

Diamond says, “We believe that black lives matter. We believe all lives matter. Let’s get that straight. But when you look at this propaganda organization you have people out in the streets pumping their fists that want to disrupt and dismantle the nuclear family. What they’re really saying is that they don’t want to see a mother and a father in the household. They’re pushing this Marxism, which is a sign of socialism and communism. It is the craziest thing.”

Silk agrees: “Is it going to build up a black community? [Will they help] some of these black businesses that was burned down in the riots because of what happened to George Floyd? No, no, no, no, no. I don’t believe in this particular organization. And what baffles and bothers us is, why are corporations pumping tens of millions of dollars into this organization that wants to disrupt and dismantle the nuclear family, that’s pushing socialism and communism, that’s OK with people out here committing crimes. This organization does not speak for black people. It’s a propaganda organization, and it’s not even being ran by black people, if you really want my humble opinion.”

TRUTH: Candace Owens comments: “Why does this [violence] happen?” Because pea-brained celebrities that are idolized like [LeBron James] tell young black men that they are ‘literally being hunted.’ [Rioting] is the natural result of such hyperbolic, dishonest rhetoric. The racist, anti-police, black lives matter LIE is to blame.”

It’s true that African Americans are disproportionately arrested and jailed in our country. This happens for two reasons beyond policing methods: 1) The breakdown of the African American family (from 10% single parent homes in 1950 to 70% today), and 2) They commit more crimes.

TRUTH: If they cared about all black lives, they’d be calling for the National Guard and peacefully protesting thousands of black-on-black murders in American cities–not just the few police shootings. They wouldn’t be silent when two innocent cops are shot in LA and one of their own jeers that “they die.”

If you want to read a historical perspective on race relations, I highly recommend Walter William’s – The State of Race in America Today and Yesterday.

No lies or propaganda there.

Every quote in this blog is made by African Americans who understand the truth about BLM and the Marxist revolution they’re fomenting.

I have friends who’ve naively marched in BLM parades. I believe many celebrities and business folks that stand (or kneel?) for racial equality are being duped by the Trojan Horse.

If you want some encouragement that all lives deserve to be free, sit back and enjoy Bill Gaither’s Let Freedom Ring at Carnegie Hall in 2002–just after 9-11.

Note the grateful police in the crowd.

As for supporting the Black Lives Matter Global Network Foundation–Marxists in the gates–we face a binary choice.

We can choose freedom to make peaceful changes or succumb to a new from of slavery–communism.

We must expose and oppose the Trojan Horse of BLM.