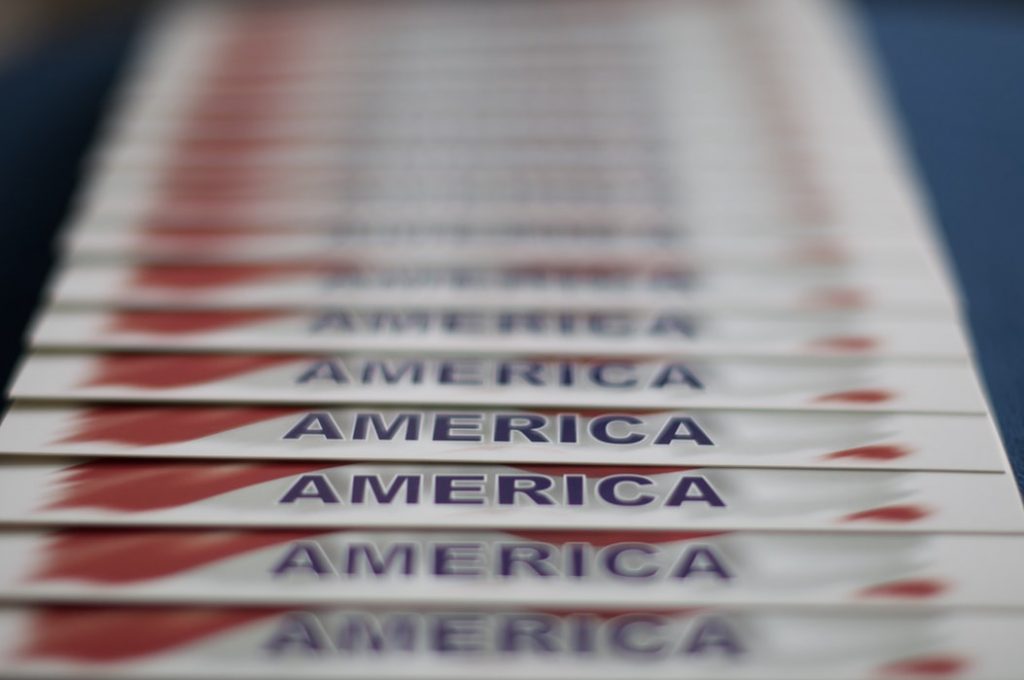 Some might call it hyperbole that this is the most important election of our lifetime.

But many are saying so–and I agree.

Beginning in the mid-twentieth century, the federal government began to grow exponentially, the nation became increasingly secularized, and the possibility of both economic problems (monstrous debt) and world rule (globalization) came menacingly into view.

Because of these and other factors, the November 3 U.S. elections could determine our fate in this generation.

The Election That Could Determine the Fate of This Generation

For the forty-eight years of my voting life, I shared party membership for less than ten years–once because I highly believed in a candidate (who became president) and also because I ran for office and was forced to declare a party affiliation.

In the majority of elections, I acted as an Independent–voting for members of both major parties–including this summer’s 2020 primary.

I don’t think in party mode. I vote through the eyes of my faith, biblical worldview, character, policies and who I believe is best for America.

In presidential elections, though character and competence are valid factors in choosing a chief executive for the world’s third biggest and most influential nation, the greatest factor is policy–what will they do in law and action.

I have analyzed party policies closely since 1976 when I had the privilege of writing the first presidential scorecard–on Gerald Ford, Ronald Reagan and Jimmy Carter. I contacted all three campaigns and collected their quotes on thirty different issues–economic, social, and international. I made them the centerpiece of my first book which came out just before the vote.

Forty-four years later, I still want what is best for my country. Elections are important because the government sphere of the seven leadership domains handles power more directly than the others ((Family, Religion, Education, Media, Celebration, Economy and Government).

The 2020 election finds us at a possible tipping point moment in America history–and two “teams” are at war.

To try and be as objective as possible, I will not name the major parties nor the presidential candidates. The election is not primarily about people, but ideas.  Oftentimes when names are used, a certain bias or presuppositions spring up in our mind.

Let’s pretend that we are reasonable, common-sense people who will vote in the 2020 election for the party and person that will bring the most blessings to the country by way of their policies. I will call the two major parties Team A and Team B.

You can study yourself the Team A Platform and the Team B Platform by clicking on the links.

Team A wants open borders in this country and vows to give voting rights to all who have entered it illegally (to get their votes). Team B believes you don’t have a nation without borders, we must build finish the border wall, and that immigrants should be processed based on merit.

Team A wants to change the American economy to crony socialism which could lead to communism. Team B believes in the free enterprise system based on freedom and hard work.

Team A wants to tax more and give your hard-earned money to others (wealth redistribution). Team B believes you should keep more of your earnings and hard work should be rewarded.

Team A wants to implement the Green New Deal which would cost millions of jobs, explode energy prices, and make us energy dependent once again. Team B has created thousands of jobs to create energy independence and wants the market and innovation to drive new technologies.

Team A believes that babies in the womb can be killed for convenience up until the moment of birth. Team B believes in the God-given right to life.

Team A believes there are as many as 21 different genders and people are free to choose. Team B believes that God made them male and female.

Team A is increasingly composed of atheists and secular folks. At Team A’s convention, they twice removed “under God” from the Pledge of Allegiance. At their 2016 convention, they openly booed God. The majority of Team B believe “In God We Trust,” that we are a nation “under God,” and that his rules for living bring the greatest security and freedom to societies.

Team A no longer champions free speech and due process (especially the Team A vice president nominee), believes other viewpoints should be kept off college campuses, and that dissenting opinions in business should be “canceled” by boycotts and bullying. Team B believes in freedom of ideas and robust debate.

Team A distrusts the police, wants to defund their presence in many cities, and condones the destruction of private property if it serves the cause. Team B believe the police and military are essential to protect the God-given rights of the people.

Team A favors criminals over law abiding citizens. They support no-bail laws, weak district attorneys who do not prosecute crime, and legalization of drugs. Team B believes that the number one function of government is to protect its citizens from lawbreakers and aggressors.

Team A believes that America is historically and systemically a bad nation (the 1619 Project). Team B believes America is a noble and exceptional nation that can be improved by non-violent means (Declaration of Independence and Martin Luther King, Jr.).

Team A believes America should stop leading the world, be cut down to size and ultimately join the “world community” (global government). Team B believes we are a “shining light” for freedom and Good News –and the last great hope for liberty on earth.

There are many more differences–radically opposed policies–but these will suffice.

I should also mention that Team A believes it is okay to lie for the cause (Fake News), enjoy the support of the secular media, use the Deep State to punish opposition, and want to manipulate elections. Team B leans on talk radio, free people, and the 9th Commandment.

There has never been such a clear and contrasting choice in our 244-year history.

If any common sense, clear-minded person thought on the contrasting ideas of the two parties, they should find it extremely difficult to vote for Team A on any of their ideas.

This election should be 130 million to 0—in favor of Team B.

But Team A could easily win because of crafty packaging, gross ignorance by many Americans, and powerful deception from the satanic realm (the real conspiracy theory).

Though George Otis Jr. is right that we can’t vote our way to national health, it makes a great difference which team takes the steering wheel of state. If Team A triumphs, the America we’ve known could be finished–fundamentally changed at its core and accelerated into judgment and collapse–at least for a generation.

Tyranny is on the ballot in 2020. If Team A wins, liberty may never return. The inertia of evil will be too strong to overcome.

If Team B wins, there is still hope for revival and reformation–and more freedom around the world.

“If my people will humble themselves and pray…”