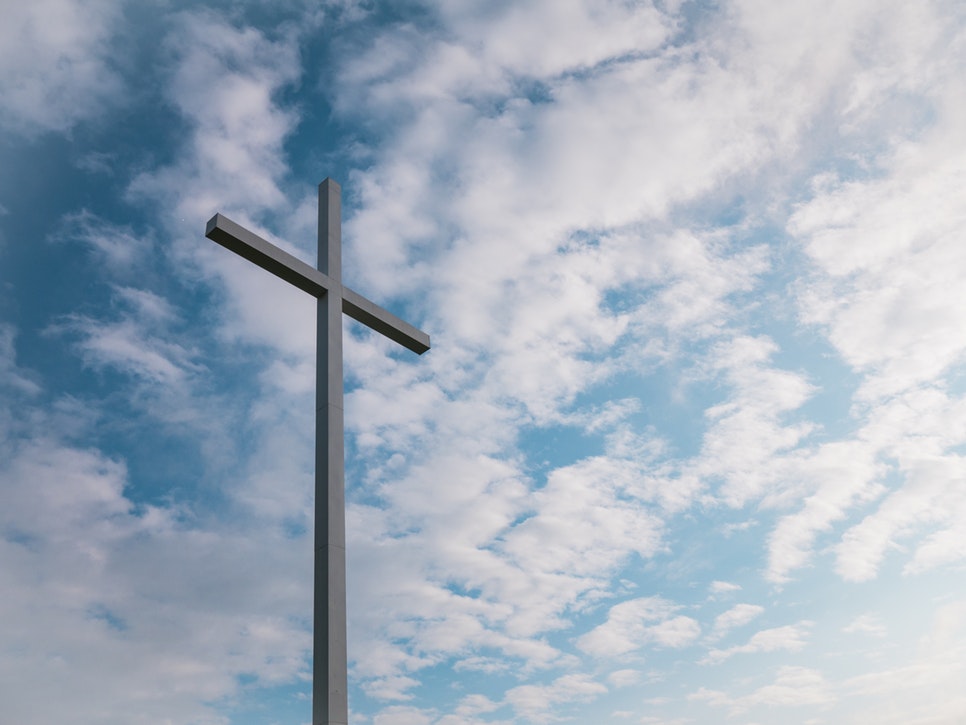 Easter time remains one of the most memorable weeks of year for me. When I was young, I enjoyed attending sun-rise services where we awakened the dawn with shouts of “Christ the Lord is Risen Today!”

In 1974, I was privileged to spend Easter in the Holy Land where an early dawn prayer time at Golgotha and a visit to the Empty Tomb stand out as cherished memories.

Twenty years later, I participated in mid-week prayer meetings in our hometown–every day of the week–leading up to Resurrection Day. Good Friday always included a “Walk with the Cross” through town, praying for our friends and neighbors and thanking God for His greatest of gifts. This Good Friday we will walk the cross again for the 25th year in a row.

It celebrates the permanent victory of Jesus’ death and resurrection.

One thing that confused me for years was the idea that Jesus was the “first-born” or “first fruits” of those who would rise from the dead (1 Corinthians 15:23).

From my knowledge of the Bible, I knew Jesus wasn’t the first person to rise from death. Elijah raised a widow’s son some 850 years before Jesus (1 Kings 17.) Then his prophetic predecessor, Elisha, did the same thing with the Shunammite’s son (2 Kings 4).

Plus, Jesus also raised a dead boy in Nain and also Lazarus in Bethany prior to his own death and resurrection. I’m sure there are other supernatural examples of resurrections that haven’t made the history books.

Here’s the difference in Jesus conquering death. His resurrection was permanent. He never died again. All the aforementioned examples came back to life for a period of time, but then they eventually succumbed to the power of dying. Jesus did not. He died for our sins. He rose from the dead. And He lives today.

His death and resurrection brought some permanent changes to all of human life and cosmos.

Meditate on that list for a moment. Applying them to Jesus’ death and resurrection will not only elevate your faith, but set off shouts of joy and blessing in your soul.

Two thousand years ago, Jesus did two things that permanently changed everything. Here’s my count of what his death and resurrection permanently accomplished.

Jesus’ death on the cross was God’s final way of dealing with the consequences of sin. Since Adam and Eve, and as seen in many primitive cultures, human beings knew that humankind’s rebellion against God required the substitutionary death of animals to atone for (cover) their sins. In the nation of Israel, this practice became sacrificial lambs, slaughtered according to God’s instructions, in daily and yearly animal sacrifices. They were still taking place when Jesus came into the world.

His death on the cross became the final substitutionary payment for all of the sins of the world. Permanent payment brings permanent forgiveness to those who put their faith in Jesus.

Christ’s agonizing but loving sacrifice fills the universe with grace.

Jesus remains the only person in history who lived a perfectly righteous life. When he asked the crowds if any of them could convict him of sin, he was met with stone-cold silence (John 8:46). He lived a perfect life and fully demonstrated the righteous heart of God toward all the evil in the world (Romans 3:26).

And not only that, when we put our faith in Him, the Father credits the rightness of Jesus’ life to us (Romans 3:22). What an amazing and undeserved gift.

Biblical faith makes a revolutionary assertion: The Creator of the universe came to earth in the person of Jesus Christ and lived among us. According to both the Old and New Testaments, the coming of Jesus consists of nothing less than “God with us” (Isaiah 7:14; Matthew 1:23)—not simply a guru, a holy man, a religious founder, a wise man, or political leader.

Jesus is the only figure in history to claim to be God and back it up by living proofs. Permanent proof.

Albert Wells sums up well the unique aspect of the deity of Christ: “Not one recognized religious leader, not Moses, Paul, Buddha, Muhammad, Confucius, etc., have ever claimed to be God; that is, with the exception of Jesus Christ. Christ is the only religious leader who has ever claimed to be deity and the only individual ever who has convinced a great portion of the world that he is God.”

This brings us to the central meaning of Jesus being the “first-fruits” from the dead. He wasn’t the first person to come back to life, but through his death and resurrection, God abolished the curse and power of sin and death and made Jesus Christ the first one to rise from the corruption of the death experience–never to die again.

And those who put their faith in Him will also “never die” (even though their bodies will eventually perish).  “New life” is given at the point of death to those who believe, and one day, a permanent resurrection body will be added to enjoy the pleasures of heaven. Eternal life speaks of a both a place (John 14:3) and a quality of friendship with the maker and Savior of the Universe (John 17:3).

We are given a permanent and glorious relationship with God through the death and resurrection of Jesus Christ. The estrangement of sin is broken and friendship with God as son and daughters sparkles as the new order of the day (1 John 3:2 and Galatians 3:26).

This friendship comes by Christ sending his Holy Spirit to live in our hearts, be with us to the end, and receive us into the heavenly world. In fact, Jesus told his discouraged disciples that it was better that he leave because then he could multiply himself through the indwelling friendship of the Holy Spirit (John 16:7).

When sin entered the world through disobedience, spiritual and physical entropy (from order to disorder) entered the universe that we don’t fully understand but all experience daily. Paul calls this degenerating influence the whole creation groaning in the pangs of child-birth (Romans 8:22).

The death and resurrection of Jesus Christ released the tranformational power of God back into His creation–and will eventually bring all things coming under the authority and Lordship of Jesus (Hebrews 2:8). Calvary and the empty tomb now empower the cosmos to “come back into order”–permanently.

As in Narnia, the snow is melting and spiritual beauty is blooming. We are not following apart anymore. We’re being put back together.

“Christ in you, the hope of glory” (Colossians 1:27).  Jesus changes individuals and even nations by giving them a firm hope in a future–permanently. There will be a resurrection of all people. Jesus is coming again to bring his redeemed people into an eternity of love and blessing in his heavenly presence. Because of these truths, the follower of Christ lives in perpetual and mind-boggling hope in the future that Jesus Christ will provide.

Hope is not a wish or a dream—it’s as real as the nail-scarred hands and the empty grave. Hope gets us through the day, helps us handle tragedies and death, and points our hearts upward. Jesus Christ is the only hope of the world.

I want you to rejoice this week in the triumph of Jesus and tell others about Him.