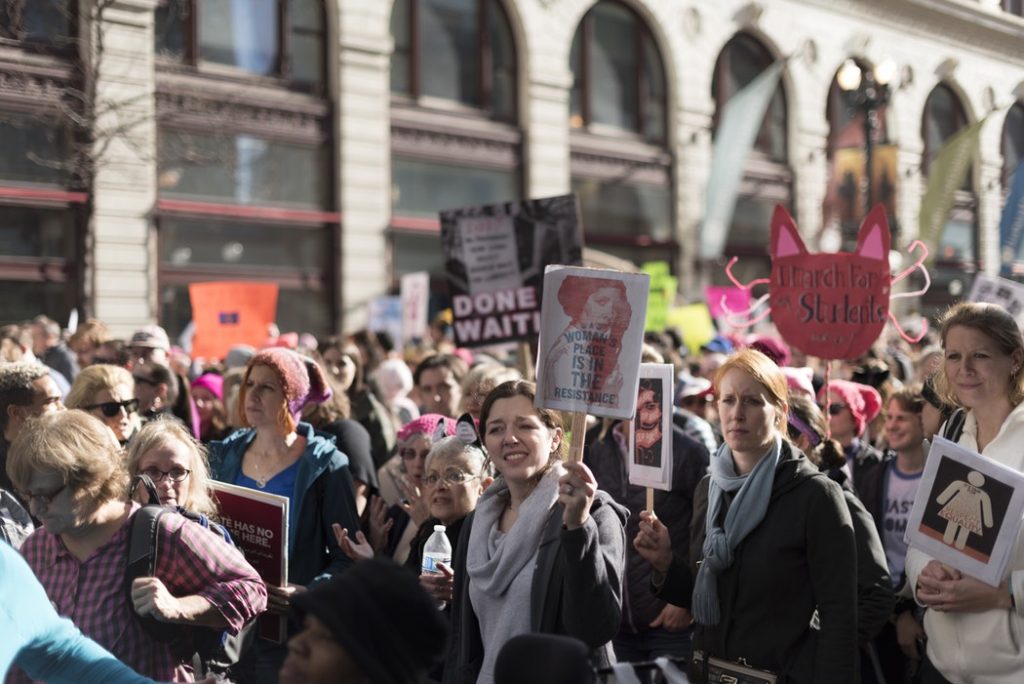 On Saturday, the “kids” of America are taking to the streets for “The March of our Lives” against gun violence. One would think these events–supposedly 819 different marches all over the world–are being led by young people passionate for their safety.

Think again. The Women’s March Movement, Planned Parenthood, MoveOn.org, and a host of other radical organizations committed to diminishing and secularizing America are major players behind the curtain. These groups are even providing propaganda talking points for the youngsters and millions of dollars in backing.

I love young people and have dedicated my life to serving them in youth ministry. But most kids are way too immature to get what’s happening in our culture.

In this march the kids are being bamboozled about gun deaths.

Let’s begin with an educational sage giving a sane perspective on guns. Walter Williams is a professor at George Mason University, and his recent article entitled “The Real Reason for Mass Shootings” is simple and profound.

Williams notes, “The vision that sees ‘easy’ availability [of guns] as the problem ignores the fact of U.S. history that guns were far more available yesteryear. With truly easy gun availability, there was nowhere near the gun mayhem and murder that we see today. I’m tempted to ask those who believe that guns are today’s problem whether they think that guns were nicer yesteryear.”

“What about the calls for bans on the AR-15 so-called assault rifle? It turns out that, according to 2016 FBI statistics, rifles accounted for 368 of the 17,250 homicides in the U.S. that year. That means restrictions on the purchase of rifles would do little or nothing for the homicide rate.”

“Leaders of the gun control movement know this. Their calls for more restrictive gun laws are part of a larger strategy to outlaw gun ownership.”

Williams then shares the central truth about gun violence today:

“Gun ownership is not our problem. Our problem is a widespread decline in moral values that has nothing to do with guns. That decline includes disrespect for those in authority, disrespect for oneself, little accountability for anti-social behavior, and a scuttling of religious teachings that reinforced moral values.”

I couldn’t agree more. We might say, it’s the culture, stupid.

Then there’s the following “stubborn facts” about gun violence not being told to the kids. John Malcom and Amy Swearer of CNS News report:

“According to the National Crime Victimization Survey, violent crime has been declining steadily since the early 1990s. The 2011 homicide rate was almost half of the rate in 1991, and according to the Pew Research Center, the 2013 gun-related death rate was half of the rate in 1993. The number of nonfatal firearm crimes committed in 2011 was one-sixth the number committed in 1993.”

“It appears that the collective homicide toll for America’s 50 largest cities decreased modestly in 2017 after two consecutive years of increases.”

“According to the Pew Research Center, almost two-thirds of America’s annual gun deaths are suicides. Since 1981, when the Centers for Disease Control and Prevention began publishing data, gun suicides have outnumbered gun homicides. In 2010 alone, 19,392 Americans used guns to kill themselves.”

“Most gun-related crimes are carried out with illegally owned firearms—as much as 80 percent according to some estimates. The overwhelming majority of gun-related homicides are perpetrated with handguns, with rifles of any kind accounting for less than 3 percent of gun-related homicides. In 2013, 5,782 murders were committed by killers who used a handgun, compared to 285 committed by killers who used a rifle.”

“Murders in the United States are very concentrated. According to the Crime Prevention Research Center, over 50 percent of murders occur in 2 percent of the nation’s 3,142 counties. Moreover, gun-related homicides are heavily concentrated in certain neighborhoods within those counties: 54 percent of U.S. counties had zero murders in 2014.”

“The majority of standard gun murder victims are domestic abusers, gang members and men between the ages of 15 and 34. Although black men make up roughly 7 percent of the population, they account for almost two-thirds of gun murder victims every year.”

“According to studies, almost all mass public shooters have extensive histories of mental health issues (whether delusional/psychiatric or depression/anger), disturbing behaviors, or interpersonal violence. Intimate partner conflict and domestic violence history are major risk factors for homicide-suicides, even for those not involving intimate partners. Especially in urban areas, a small number of recidivist violent offenders are typically responsible for the majority of gun violence.”

“Switzerland and Israel have much higher gun ownership rates than the United States but experience far fewer homicides and have much lower violent crime rates than many European nations with strict gun control laws.”

“Australia’s National Firearms Act appears to have had little effect on suicide and homicide rates, which were falling before the law was enacted and continued to decline at a statistically unremarkable rate compared to worldwide trends.”

“According to the CDC, ‘self-defense can be an important crime deterrent.’ Recent CDC reports acknowledge that studies directly assessing the effect of actual defensive uses of guns have found ‘consistently lower injury rates among gun-using crime victims compared with victims who used other self-protective strategies.’”

“Semi-automatic rifles (such as the AR-15) are commonly used as self-defense weapons in the homes of law-abiding citizens because they are easier to control than handguns, are more versatile than handguns, and offer the advantage of up to 30 rounds of protection.”

8. Between 2007 and 2015, murder rates dropped 16 percent and violent crime rates dropped 18 percent, even though the percentage of adults with concealed carry permits rose by 190 percent.

“Regression estimates show a significant association between increased permit ownership and a drop in murder and violent crime rates. Each percentage point increase in rates of permit-holding is associated with a roughly 2.5 percent drop in the murder rate.”

It’s hard to argue with facts.

One of our nation’s leaders–Gov. Matt Bevin of Kentucky–gets it about gun violence. For a dose of reality and truth, you can watch him silence the critics here.

Guns are not the problem in today’s world. Increasing secularization and the spurning of God in our culture–producing little discipline, no respect for life and authority, and deepening depression in our children– has removed God’s blessing from the schoolhouse to the streets.

Let’s pray for the nation, work to redeem our backslidden culture, and teach our young people the truth.