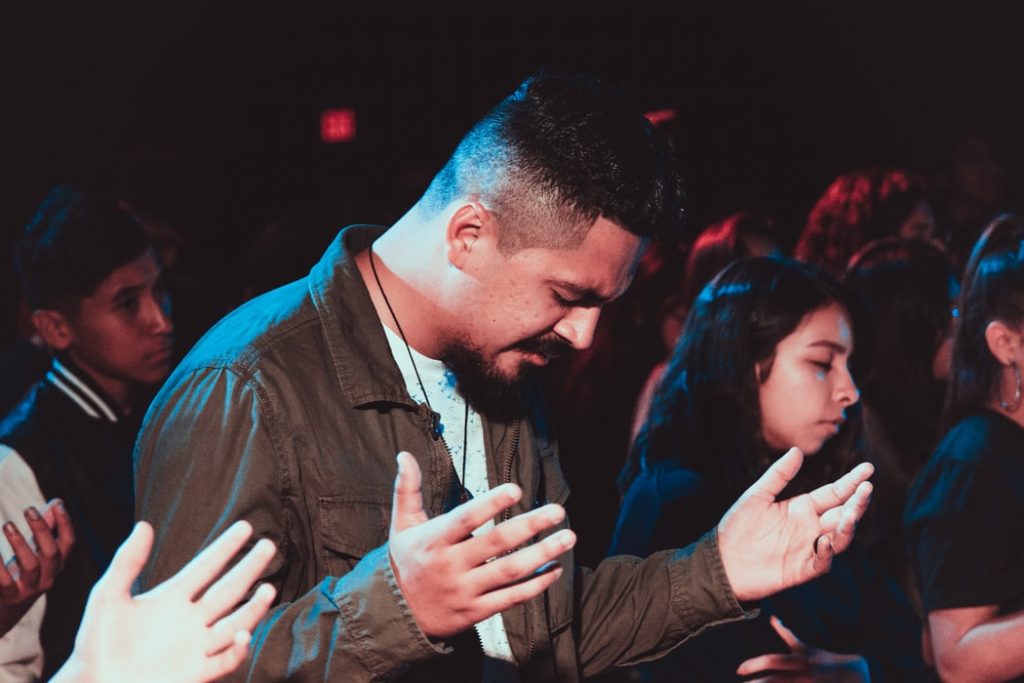 The U.S. presidential election turned out to be a long night. It reminded me of the emotional battle of recent Seattle Seahawks’ games. I’m sure you felt the same if you love God and America as I do.

I want to encourage you today to do four things in the coming weeks:

Watch, Pray, Fight and be filled with Hope.

Our Ultimate Commander-in-Chief–King Jesus–told us to “occupy until I come” (Luke 19:13).

I watched the election results on Fox News for nearly seven hours. It looked discouraging as the early votes favored the Biden-Harris ticket (early voting favors Democrats). Then the pendulum swung toward Trump-Pence as the president took the states of Florida and Ohio and appeared leading in others (election day turnout favors Republicans).

Then, out of nowhere, Fox News called Arizona for Joe Biden and other key states shut down and stopped counting. The Fox commentators filled the ensuing hours with speculation, chatter, laughing with one another with blurry eyes, and wondering what to do.

Then Joe Biden and his wife appeared at an outdoor venue near their home in Delaware to encourage his followers he had won, to keep the faith, and to “count every ballot.” One commentator said Biden was trying to avoid the Gore mistake of 2000–to get out in front of a possible legal battle and appear the victor.

I found it strange and unusual that his running mate, radical progressive Senator Kamala Harris, was nowhere to be seen.

Hours later with the vote count stalled, President Trump and Melania and Mike and Karen Pence appeared before a gathering in the East Room of the White House. The combative president proclaimed he had won the election and that nefarious forces were trying to steal it. He gave a litany of vote statistics and invited the VP to say a few words.

After midnight I fell into bed and tossed and turned all night.

This morning, the most important election of our lifetime remains in limbo. Some tightening votes in Michigan and Wisconsin might indicate the race could go either way–and will be vigorously litigated. That’s a good thing because if the president ultimately prevails, the lamp of liberty remains on in the United States of America.

If Joe Biden and the forces behind him win, then we are in for growing forms of tyranny and increasing danger.

Now is not the time to wring our hands and stand on the sidelines. Please join me in the following commitments.

We must pay close attention to what happens in the coming days or weeks so you can pray and actively do our part. Sources of information remain vital.

If you need a dose of optimism and encouragement, tune into the three-hour Rush Limbaugh program–at least as you drive around in your car. There is a reason Rush commands America’s largest radio audience of twenty million people. He has a gift of “faith” and better understanding of politics than any person I know.

He’s also battling 4th stage lung cancer and God is doing a good work in his life. He talks openly about his personal relationship with Jesus Christ, trusting God, and what a privilege it is to wake up every morning and use his gifts. If you need a fighting-spirit dose of faith, then tune into Rush.

I also recommend you subscribe to the Dick Morris Reports daily “Lunch Alerts” (free of charge) that give helpful perspective on important issues. Dick and Rush are in sync right now about the battle for the White House. They will encourage you.

I have stopped watching television news (though I appreciate the spunk and clarity of Tucker Carlson and the tenacity of Sean Hannity). Bill O’Reilly.com remains my primary news source. O’Reilly gives forty minutes of simple, clear perspective on the cultural civil war we face–from a traditional (Catholic) perspective. He achieved number one status on Fox News for fifteen years for his wisdom, fairness, and balance. His exploding podcast is worth the $50 yearly fee. He says tonight may be his most important broadcast ever.

Many powerful prayer thrusts prior to the 2020 elections ascended before the throne of God. He heard, He answered and poured out his favor upon us.

God led Franklin Graham to launch a prayer march for American awakening; He commissioned Jonathan Cahn to organize The Return and draw thousands to D.C. for a solemn assembly. The past two days, Lance Wallnau led a two-day prayer event in the nation’s capital while others launched a 48-hour Bible Reading Marathon–to speak God’s words over the nation.

Yesterday morning I participated in a sixteen-hour continuous prayer call of various Christian leaders that greatly encouraged me. There are countless other nation-wide and global prayer initiatives taking place right now because God is calling his people to pray–for America, the world, the fulfillment of the Great Commission, and God’s Kingdom purposes on earth.

Yesterday, I stretched out my prayer time before God. When the election results deadlocked and came to a standstill last evening, God spoke to me that we must go deeper to prevail in prayer.

Commit to “pray through” during these tumultuous days. “The effective passionate prayers of godly people can accomplish much” (James 5:16).

It is utterly amazing how Donald Trump beat all expectations in this election, especially when you consider:

For all his faults, Donald Trump is a fighter–the right man for the hour. Besides being a 21st century “Cyrus,” I view him like Samson–a strongman who indulged in lustful passion in younger years.

But he was chosen by God to defeat the Philistines. Nobody else could do it.

Many of us believe Donald J. Trump was raised up “for a time such as this” (Esther 4:14). God has placed the freedom and future of the Western World on his shoulders because he can handle it.

President Trump is uniquely prepared to fight–not for every ballot to be counted–but for every legal vote to be validated. He believes he legitimately won the election with a herculean effort in the final weeks. He drew crowds never seen before in American politics–during a pandemic.

Let’s join his fight for truth to prevail.

When the dust clears over the election results and possibly the United States Supreme Court weighs in with new Justice Amy Coney Barrett, we can be hopeful that we have sought God, obeyed Him, and trust in his sovereignty.

If Trump wins the election, the greater work of revival and reformation commences, and the cause of liberty continues to shine in our land. If he loses, we must keep our focus on the King of kings, Lord of lords, President of presidents–Jesus Christ–who providentially directs history toward the consummation of his eternal reign.

We must occupy until He comes.