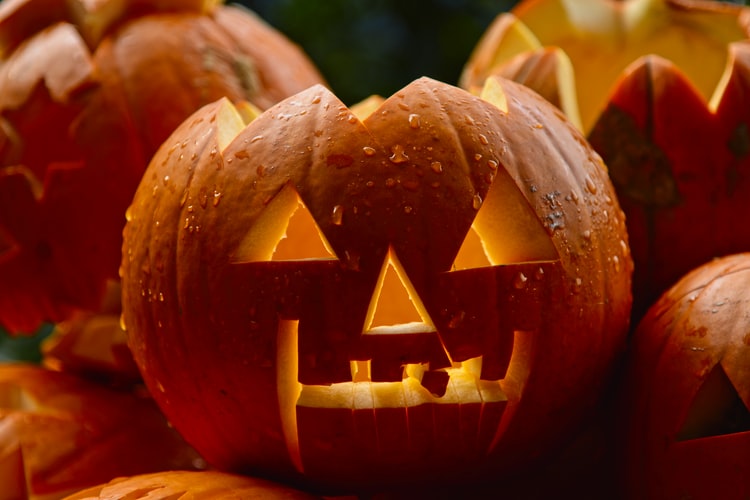 It’s Halloween week and I have a scary reality to share.

In 2002, President George H.W. Bush described Iran, Iraq and North Korea as an axis of evil who pose a “grave and present danger.” He was right, and Iran and North Korea remain on the list. China should be added.

We now face a new axis of evil in America who also pose a “grave and present danger.”

Who are they?  And what can we do about it?

The New American Axis of Evil

Thousands of  witches vow to put a curse on Donald Trump this week. But the real collusion in America comes from three powerful groups who have joined forces to obtain power in our country:

All three groups were once mainstream, composed of varied factions, and generally adhered to Judeo-Christian values. No more. In 2020, they have deceptively aligned to dismantle America as we know it.

They might compose the greatest internal danger this Republic has faced.

But we can beat them–with God’s help and favor.

Our oldest political tribe no longer contains people who deviate from the progressive agenda. The days of FDR and JFK are over. The leadership of Chuck Schumer, Nancy Pelosi, Bernie Sanders, AOC, and Kamala Harris dominate the party of Jefferson and Jackson (Harris’ Senate rating stands to the left of Bernie Sanders).

“The Democratic Party is reaching a dangerous tipping point over socialism and what it really stands for…Among young people and a large part of Congress now, socialist sentiment is rising sharply and could be the defining issue of the next elections.”

“In the same poll, 65 per cent of Americans said they personally favor mostly a capitalist system for America, indicating a huge and growing disconnect between the Democrats and the rest of the country.”

No matter. They will force us to change if they obtain power. Tyranny, not freedom, resonates with the new Dems. When you vote for today’s Democrats, you are voting away your freedoms.

Bernard Goldberg, a 28-year veteran reporter at CBS, exposed the “Bias” of the liberal press in 2001 with his blockbuster book by the same title. In twenty years, that bias has grown into control of what most Americans read and watch. Truth-seeking journalism is dead. Coordinated activism of secular causes reigns in its place.

“Let’s look at the numbers first. Facebook has an audience of 2.7 billion people worldwide. Twitter is the news source worldwide for everyone today. They asked young people, where do they get their news?  Sixty-eight percent said Facebook. That’s how powerful these tech companies are today. Much more powerful than the traditional news media… Google controls 92% of search engines in the world today.”

“So what does that mean? Dennis Prager [a conservative] does a video on the Ten Commandments and they say it’s too violent because of the fifth commandment [You shall not murder]. And they take it down, they demonetize it.”

“[On the other hand] out comes this story [Biden family corruption] It is explosive. This is a story that ought to be covered or would be covered day and night if this were Donald Trump Jr. and his father. But is it met with a media blackout.”

“Since the start of the campaign they have banned Trump material 65 times. Guess how many times they’ve banned Biden material? Not once.”

“This is big brother stuff with an uneducated public being manipulated. This shows that these tech companies have the power to decide who will and who won’t be the president of the United States. You can’t have democracy if you have this.”

I wasn’t aware of this term five years ago. Here is the definition:

Deep state, noun 1. a body of people, typically influential members of government agencies or the military, believed to be involved in the secret manipulation or control of government policy.

“At a conference in mid-July, Barack Obama’s CIA director, John Brennan, remarked that executive branch officials have an “obligation … to refuse to carry out” outrageous or anti-democratic orders from President Donald Trump. The comment quickly caught the attention of Rush Limbaugh, who saw nothing short of a threat to the republic. ‘He practically called for a coup!’ the radio host bellowed on the air a few days later, warning of a plot orchestrated by ’embeds in the deep state at the Pentagon, State Department, various intelligence agencies.’”

“The deep state entered America’s national discourse in 2017 with the feeling of an already familiar character, ready to assume a starring role as hero or villain—depending on how you feel about Trump. It’s easy to dismiss the idea as the breathless complaint of a frustrated president who hasn’t learned to work the system. But it’s not that simple: There really is a kind of cabal that operates independently of elected officials in Washington…”

Which explains why, after nearly four years of the phony Russian collusion hoax and plenty of evidence of deep state involvement, not one person has served jail time. The FBI remains tainted, leaks continue from various departments to harm the Administration and most bureaucrats have been shown to be “above the law.”

They are the law–which means that lawlessness stalks the halls of main government entities.

These three major American players–the Democratic Party, the liberal media, and the deep state bureaucracy seem to be moving in sync to stop President Trump and elect Biden-Harris to change the history and course of the United States of America.

Is it hyperbole to call them evil? Jesus said that the “thief (devil) comes to kill and destroy” (John 10:10). The new American axis of evil has already killed 65 million Americans through abortion (eight times more people than Hitler), and now wants to destroy our heritage and freedoms.

If that’s not evil, I don’t know what it.

What can we do about this dangerous threat?

We must pray that light (truth) will expose this present darkness and lead to a purging of bad actors and lawless actions. We must encourage good people to run for political office, pursue their God-given calling in journalism and government and hope that the next Administration will bring be able to clean house.”

That begins with voting for Trump-Pence on November 3.

You might appreciate the perspective of Ben Shapiro who hosts the number one podcast in America. He didn’t vote for Trump in 2016 but will this year.

We must stop playing defense and go on offense to resist the new American axis of evil.

Our future depends on it.