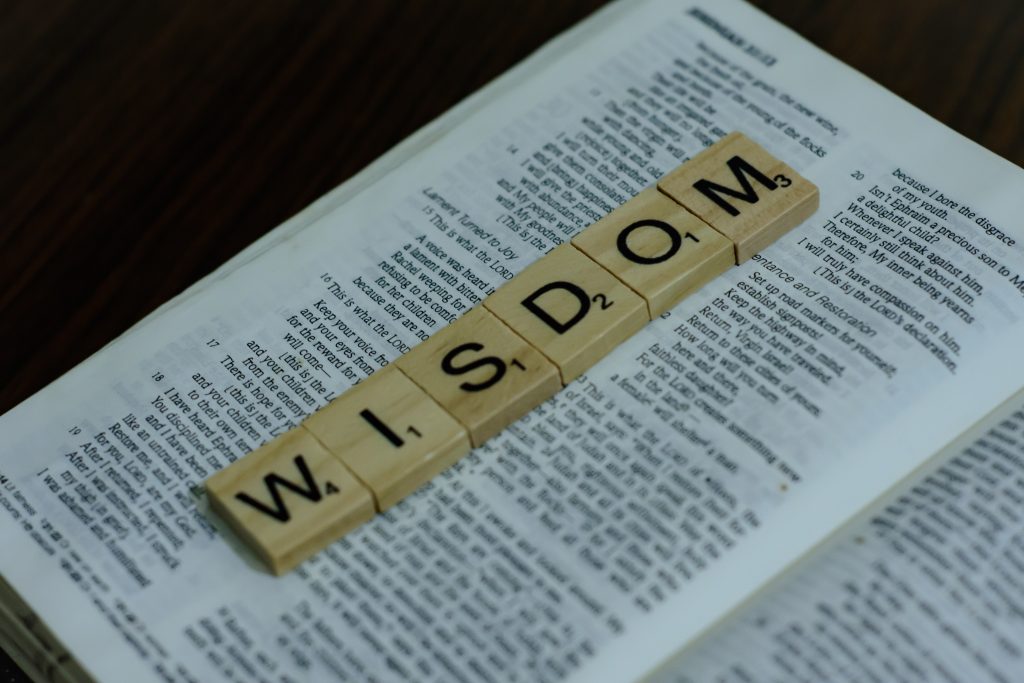 Nothing is more obvious in the Western World today (to those who paying attention) than the loss of wisdom or common sense.

Killing unborn babies is good. Choose your own sex despite your biology. Don’t prosecute criminals. Open the southern border. America is racist (though it elected Barack Obama twice). Socialism/communism is good. Free speech should be censored. Have sex with whoever you want.

And on and on.

We are becoming a nation of fools–and better wise up before it’s too late.

A Loss of Wisdom Means a Nation of Fools

I’m on a break between quarters and want to share an article that gleams with wisdom on the present plight of America and much of the Western World.

As we actively ditch the Judeo-Christian worldview in the West, we are becoming fools that are committing civilizational suicide. Instead of embracing the wisdom of reverencing God, living the Golden Rule, maintaining just laws, promoting godly families, peace through strength, and noble qualities like faith, hope, and love, we are destroying the greatest civilization of all time through foolishness–even evil.

I will let Dennis Prayer make the case.

The average 12-year-old student at a yeshiva has more wisdom than almost any student at Harvard or most other universities. A yeshiva is an Orthodox Jewish school with an emphasis on religious studies. About half the school day is devoted to religious studies—taught from the original Hebrew sources.

This is probably true for many 12-year-olds in traditional Christian schools as well.

College students do have more knowledge than almost any 12-year-old in religious school. But they have much less wisdom.

I know this because I was a yeshiva student from the age of 5 until 19. To appreciate how much wisdom I was taught is to appreciate the root of our society’s present crisis: Secular life doesn’t teach wisdom (nor, it should be noted, do many schools that call themselves “Christian” or “Jewish”). Generations of Americans have not been taught wisdom; instead, they have been told that it is sufficient to rely on their feelings to understand life and to determine right from wrong.

Here are just three examples of basic insights into life that most 12-year-old yeshiva students know and that few secular students—or, for that matter, secular professors—know.

No. 1: I knew well before the age of 12 that people are not basically good. Any young person who studies the Bible—and believes in it—knows that God says, “The will of man’s heart is evil from his youth.” (Genesis 8:21).

Aside from the issue of God’s existence, this is probably the most important issue in life. It might be said that wisdom begins with this realization about human nature. It is hard to imagine any person who believes human nature is good attaining wisdom.

No. 2: Precisely because human nature isn’t good, the preoccupation of my religious education was how to work on myself to make me a better person. Every yeshiva student in the world memorizes the Talmudic aphorism, “Who is the strong man? The one who conquers his urge(s).”

That is the genesis of the current American tragedy. Vast numbers of young people blame others—and/or America generally—for their problems and their overall unhappiness. Few are taught to struggle with their own nature. Blacks are told to struggle with whites, America, and systemic racism. Women are not taught to first work on themselves but to blame men and fight misogyny, patriarchy, and America for their unhappiness.

No. 3: People are to be judged by the standards and behavior of the generation in which they lived.

Ask any yeshiva student—even one in elementary school—to explain the verse in Genesis, “And Noah was a righteous man in his generations.” (6:9). He or she will tell you what I first learned in fourth grade: that the ancient rabbis debated what the words “in his generations” were meant to teach.

Some rabbis argued that they were inserted to teach that Noah was a particularly righteous man only in comparison to the (awful) generations in which he lived. Other rabbis argued that these words were there to make the point that if Noah was a righteous man in the awful generation in which he lived, he must have been a particularly righteous man, since it is very difficult to be good when all those around you are bad.

Whichever interpretation one agreed with, it was clear that people are to be judged according to the time in which they lived, not by the present time.

In the present Age of No Wisdom, the best educated—usually the same people who most lack wisdom—dismiss the unique moral accomplishment of America’s Founders because most of them owned slaves. Fools—the term for people who lack wisdom—judge the Founders by our time, not by their time—a time when slavery was universal.

Wisdom can sometimes be a product of aging but given how many old fools there are and how many young people have some degree of wisdom, it should be clear that wisdom, like math, a foreign language, and any other discipline, must be taught. Only then is one likely to become wiser with age. Otherwise, a young person without wisdom is most likely to become an old person without wisdom.

The Bible plus reality teach that human beings are fallen–yes, basically bad instead of inherently good.

The scripture that Prager quotes (Genesis 8:21) says exactly that–not just that we aren’t “inherently good.” All human beings find it easier to be self-centered than God-centered or altruistic. This is the reason for social disorder and wars in the world.

God’s antidote for human selfishness (sin) is repentance–turning away from our selfish desires, and faith–putting our trust in God to empower us to do right.

The death and resurrection of Jesus Christ forgives the personal debt of our sin and brings the power of the Holy Spirit to live inside of us–energizing us to live “good” for the glory of God.

The genius of America was both understanding the importance of wisdom in personal and civil life, and the need for people to be born again for Jesus to empower them to live wisely and non-self-centeredly.

America was at one time the most faith-based nation in history–and thus wise and good. As we now reject faith in God, we are becoming the most foolish nation in history–what the Bible describes as  “broken cisterns that can hold no water” (Jeremiah 2:13).

What’s the answer (found in the same verse)? We must return to God (not forsake him).

Then we will become wise again.