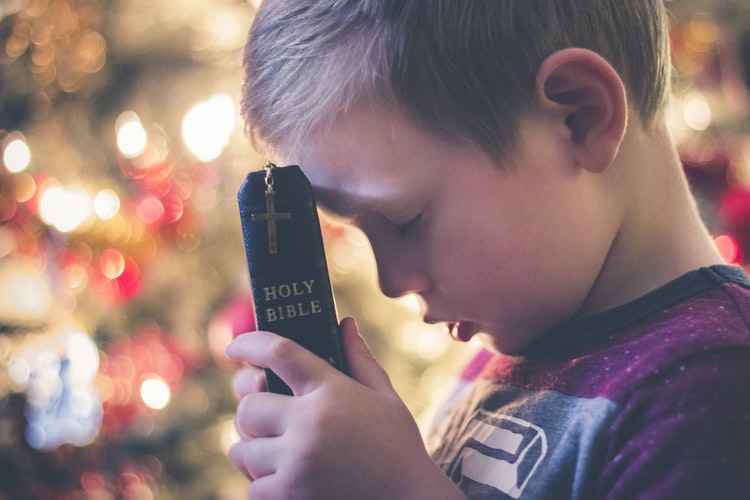 Many Western nations today are filled with the fruits of disobedience.

Broken marriages, drug and alcohol abuse, unrestrained violence in our inner cities, and even a U.S. administration government run amuck by disobeying the common sense laws of God.

You must awaken your conscience by learning to obey.

Awaken Your Conscience Through Obedience

I saw a young family recently who were not teaching their small child to obey. The little girl screamed when she wanted attention. She pouted when she didn’t get her way.

Most often her parents simply giggled or smiled and let her rule the roost.

I took them aside and shared a better way with them–training their little girl to have a tender conscience through obedience to them and before God.

Here are two questions to ponder to awaken your conscience through obedience.

When God shows me an area of right or wrong in my life, do I feel compelled to act immediately? Or is it easy for me to procrastinate?

When God brings us true guilt or conviction, he wants us to deal with it now. God is wise and loving, and the release of his conviction comes to free us from selfishness and make us more like him.

Ray Allen was a gifted writer, fund-raiser, and organizer who nearly lost everything in his early adult years. After his wife left him and their two young children, he survived a cruel Texas winter in a cramped travel trailer in great despair and soul-searching. One day he heard the voice of God bringing loving correction to his heart over his pride and wrong priorities. He repented, asked God to forgive him, and began to lead a changed life.

Today Ray is a happily re-married and even served as a very successful Texas legislator. “I learned to obey God in the school of brokenness,” he tells his audiences. “God knew the right time and way to bring me to my knees. I stopped making excuses for my behavior and said ‘Yes, Sir!’ God honored that.”

Procrastination is a blindness to God’s reality, a denial of his wisdom, or laziness. If you feel convicted about an area of wrong in your life, then you should act immediately. If God wanted you to work on it tomorrow or next year, then he would reveal it to you then. The fact that he has brought conviction right now is ample evidence that He wants you to change and obey now.

Some people have squandered their opportunity for salvation by not obeying God when he spoke to them. The Bible says:

“We urge you not to let God’s kindness be wasted on you…Listen, now is God’s acceptable time! Now is the day of salvation!” (2 Corinthians 6:1,2).

How many millions of people have heard gospel messages, felt convicted to give their lives to Christ, then refused that conviction, and are lost today? They had their moments. God chose the best and right times. But with a seared conscience, they turned away and the conviction vanished.

For some, it never returned.

Vladimir Lenin, the father of the Russian Bolshevik Revolution, studied the Bible when he was young and appeared close to becoming a Christian. After the untimely death of a brother, he hardened his heart and plunged into the socialist movement. He never moved back toward God, but brought the curse of ruthless atheism to the entire Soviet Empire. Years before his premature death in 1924, he’d missed the opportune time to give his life to Christ.

Joy Dawson, a renowned Bible teacher who graduated to heaven recently often said, “Delayed obedience is disobedience.” It’s also a mark of a dull mind that through repetition has grown used to resisting God.

Develop the habit of instant obedience. When God speaks, our answer should always be, “Yes, Lord.” He knows what we need and when we need it. That includes conviction of sin and encouragement in right living.

Then go a step deeper.

Am I afraid to analyze my motives? Do I examine my heart regularly?

Many people live their lives on a spiritual roller coaster. They think a wrong thought,  develop their bad thinking into selfish reactions, and don’t deal deeply with their sin. Over time, they bottom out with a guilty conscience and even a broken relationship. Then they become convicted, repent of their sin, make the relationship right, and begin heading up the other side of the roller coaster. Things are okay for a while.

But soon the pattern repeats itself. They lose their temper, have lustful thoughts, say unkind words, and don’t deal with it. They head downward, adding to their unclean life and hurting their conscience. Days go by. At some point they reach bottom again, come to their senses, change, and start coming up the track again.

During my teenage years, I played this game with my lustful thought life. During the week I’d sneak a look at a skin magazine. Sometimes I’d browse at a newsstand, fully knowing that gazing at bathing beauties was bad for my spiritual health. On Sunday, I silently confessed my sin at church and felt better. The next week, I’d take the same lustful detours again.

Roller-coaster faith doesn’t produce strength or maturity. We should grow steadily toward the holiness and righteousness of God. Everyday God wants us to “be conformed to the image of his Son” (Romans 8:29). He doesn’t want our lives to feel like a spiritual yo-yo that’s up one day and down the next.

The key to steady growth is keeping your heart pure on a regular basis by allowing God to analyze your thoughts and motives. He knows them all anyway. We’re the ones that need to know.

Years ago, I developed the habit of getting down on my knees at bedtime to ask God to search my heart. Using Psalm 139:23,24 as a guide, I invited the Lord to show me any sin that I’d committed that day. As he showed me, I repented, asked his forgiveness, and prayed for grace to not offend again.

Once my heart and conscience were clear, I finished my prayers and hopped into bed. It was great to end each day with a clear conscience toward God and men. This daily inventory of thoughts and actions greatly speeded up change and growth in my life.

Now I try to keep these short accounts with God on a momentary basis. That means giving him access to my heart and motivations at all times.

Paul said it this way,

“I don’t even ask myself questions. I have a clear conscience, but that doesn’t mean I have God’s approval. It is the Lord who cross-examines me….He will also bring to light what is hidden in the dark and reveal people’s motives. Then each person will receive praise from God” (1 Corinthians 4:3-5).

Godly maturity blossoms when we give God access to our hearts and steadily shorten the time between disobedience and repentance. Failure to do so usually means we don’t want to know.

Failure to know is failure to grow.

We must awaken our conscience and our nations by returning to the way of obedience.

Posted in Character, Conscience, General, Obedience and tagged Conscience, Joy Dawson, Obedience
← A Loss of Wisdom Means a Nation of FoolsAwaken Your Conscience Through Prayer & Praise →