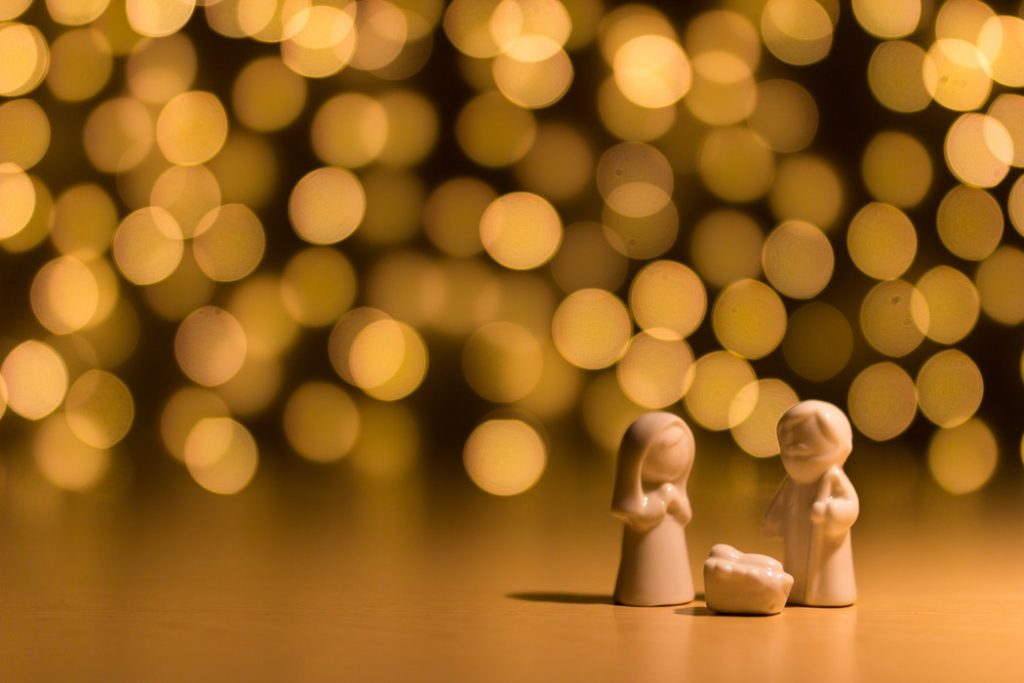 For the next three weeks we will be re-publishing some US Renewal Classics that are the most widely-read blogs I’ve ever written.  They all center on Jesus Christ whose life has changed the world like no other.

Check out where your state stands here.

Why is Christmas the most celebrated holiday? Because there is no one who has influenced the world more than Jesus of Nazareth.

Christmas is the biggest because there is no one like Jesus.

Jesus is unique in historical verification.

Jesus is unique in the prophecies related to his life and work.

Jesus is unique in his birth.

Jesus is unique in his supernatural powers.

Jesus is unique among all religious founders or leaders.

When we really analyze why Christmas is the world’s biggest holiday, it boils down to an unequaled person who makes all the difference.

In the Old Testament Scriptures, Jesus revealed himself in various forms, possibly as the “Angel of the Lord” (e.g. Judges 13:1-22) who guided Israel out of bondage, and provided direction and salvation for a nation. In the New Testament, we meet God face-to-face in Jesus Christ—the God-man—a person who has no peer in history. He came to die for the sins of the entire world and personally demonstrated the love and grace of the living God.

Each religion rises on falls on the strength of its founder, architect, or deity. Let’s compare Jesus, the Son of the triune loving God, with the leaders of the other four main religions in the world (which is the focus of my new book):

Jesus and Zeus – Polytheism possesses no supreme god or being, but the Greek god, Zeus, comes the closest. As with most polytheistic gods, he is a mythical figure who wars, possesses multiple wives, does good, also evil, and is certainly not worthy of emulation. Jesus lived a perfect life of sacrificial love. He has no equivalent in the pantheon of the gods.

Jesus and the Buddha – Since Hindu pantheism lists no heroes, let’s compare Jesus to Siddhartha Gautama who started out as a pantheist and ended as an atheist. He abandoned his family for most of his life. He begged for bread, and did nothing to help people to change their world. Near the end of his life, he is reported as saying: “I’m still looking for truth.” Jesus Christ said: “I AM the truth” (John 14:6). There is a world of difference.

Jesus and Friedrich Nietzsche – There are numerous voices in atheism, but none thunders louder than German philosopher Nietzsche. He was a melancholy individual who called himself an “immoralist”—and eventually went insane, possibly due to contracting tertiary syphilis. He gave us the phrase “God is dead.” Jesus gave us hope through his words, “I am the resurrection and the life. He who believes in me will never die” (John 11:25).

Jesus and Muhammad – Don Richardson makes the comparison: “Jesus raised the dead; Muhammad killed the living. Jesus healed the sick; Muhammad harmed the healthy. Jesus released the oppressed; Muhammad enslaved the free. Jesus sanctified the earth with that which is heavenly; Muhammad sullied mankind’s understanding of heaven with the earthly. In fact, Muhammad could not even reach up to touch the underside of the moral standards of an average rogue.”

The life of Jesus Christ remains the purest and greatest one ever lived. Probably the easiest way to come to the truth about religion is to compare the founders or gods of them all. There is no comparison. Jesus Christ–Son of God—Lord—Savior–is someone to whom you can truly entrust your life, your soul, and your future.

Now you know why the world celebrates Christmas like no other.

Give your heart to Him and worship Him.