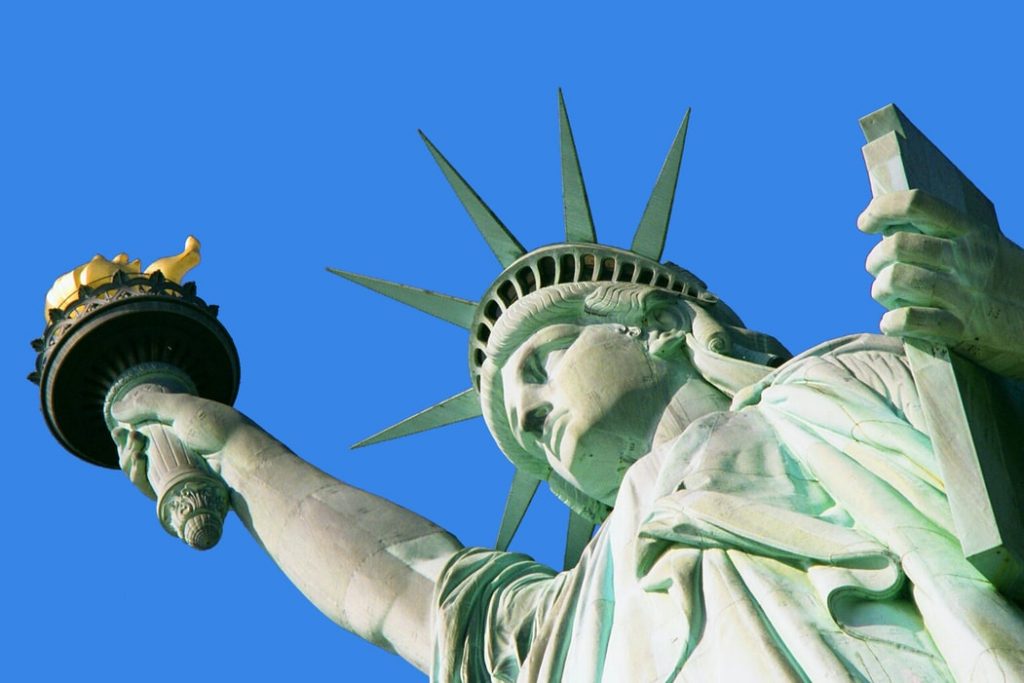 The most important election in American history is three weeks from today. I do not use hyperbole to emphasize the consequential choice before us.

For at least a generation and especially the first two decades of the 21st century, the United States of America has been losing its traditional worldview and the freedoms that it brings to a secular progressive insurgence of paganism.

Our historic Judeo-Christian worldview created the freest and most prosperous nation in world history. The new worldview will take us down the path to tyranny (and destruction) like many other nations.

This election is not about personalities.

You are voting for liberty or tyranny.

Voting for Liberty or Tyranny

Here is a brief and truthful history of the United States of America.

The USA was birthed out of spiritual awakening and reformation principles that put God-given rights over tyrants and people in charge of their own civic polities. One writer called our new form of government a 5,000-year leap–from the tyranny of kings and their whims to people-rule tethered to God’s laws.

The Declaration of Independence and the U.S. Constitution form a political expression of biblical ideas.

In the words of John Quincy Adams:

The world had never seen a society (other than ancient Israel) consciously built on the moral code of the Ten Commandments and God’s principles for living. Faith in God, rights to life, liberty and property, the Protestant work ethic, the Golden Rule, free enterprise, and Great Commission vision made America an exceptionally blessed nation for centuries (despite many flaws). That is why millions of people of all races fled oppression to come to our shores–beckoned by the Statue of Liberty (above).

But we have been losing that liberty–slowly but deliberately–to a highly organized atheistic cabal (fueled by demonic deception). A power-hungry compact between the Democratic Party, liberal media and the Deep State stand poised to change America from “under God” to under human edict–leading to socialism, communism, or collapse.

Genevieve Wood of the Daily Signal believes this election will determine the kind of nation the United States will become in the mid-21st century.

We will vote for liberty or tyranny.

Watch the video here or keeping reading below.

What Kind of America Will You Vote For?

“Much of the media would have you believe that the upcoming elections are really just about personalities. Who’s more empathetic? Who’s more dignified? Who’s more likable?”

“The truth is, Americans won’t just be voting for a particular candidate Nov. 3, they will be choosing what kind of country they want to live in, work in, and raise their families in. They’ll be deciding what kind of America they believe in.”

“As you go to the polls, ask yourself these questions:”

“Which America do you want to live in? One that upholds your right to freedom of speech and religious beliefs? Or an America that says only certain views are acceptable in the public square, and shames, bullies, and cancels those who disagree?”

“What kind of America do you want to work in? One like we had before the pandemic hit, when more Americans than ever said they were better off financially than they were just a year ago? Or one that insists we return to more taxes, regulations, and mandates on both individuals and businesses?”

“What kind of America will you feel safest in? One that honors and respects our law enforcement officers for putting their lives on the line to keep our streets safe? Or an America that calls for defunding the police and permits lawlessness and chaos in our neighborhoods?”

“Do you want an America where parents are free to choose where their children are educated or one where ZIP codes determine a child’s only option and perhaps their future? Do you want an education system that empowers families and rewards schools that succeed or one that props up the status quo and continues to fund those that fail?”

“The same could be asked about health care—do you want more choices at better prices or do you prefer the government making more and more decisions about what coverage you can have, what doctor you can see, and what your plan will cost?”

“How about the role of the judiciary? When you vote for president, you are also voting for what types of judges will sit on the Supreme Court and in courtrooms across the nation. Do you want jurists that will interpret the laws as written or ones that make laws from the bench? There is a big difference.”

“From the interpretation of the Second Amendment and whether one has a right to own a gun to defend themselves and their property to the meaning of the right to life, judges matter.”

“Do you want to live in an America where we control our own borders and where those seeking to come here obey our laws? Or do you prefer open borders where we have little say about who comes and who goes, rewarding those who jump the line, and also providing easy entry for those seeking to do us harm?”

“What about America’s economic and energy independence? When it comes to consumer goods, medical supplies, and critical resources such as oil and natural gas, do you want to live in a country that can and is producing those for itself or one beholden to regimes like China, Russia, and Saudi Arabia?”

“Do you prefer a country that upholds America’s values on the world stage or one that sells them out to garner approval from international elites at the United Nations or the World Health Organization?”

“Finally, do you want to live in an America where we honor our founding and our history while learning from our past, or one where monuments are defaced and destroyed and history books are rewritten?”

“These are the choices you face when you enter the voting booth in November. Don’t think for a moment that your vote doesn’t matter. Or that you can sit this one out. Or that this election is just a personality contest.”

“You will be deciding which America you want to live in, work in, and raise your family in. Which American you believe in. The question is, which America will you choose?”

No wonder voting is such a sacred duty.

This year, a vote for Biden-Harris will pivot America into tyranny. A vote for Trump-Pence will sustain or increase human freedom. The two sides have never been so opposed. One breathes secular-humanism and the chains it forges. The other promises liberty and the blessings it bestows.

This election is not between a pugnacious outsider and a senile insider.

It shouts: “Give me liberty or give me death!” (Patrick Henry).

“Every nation can be a nation under God if it chooses to follow Jesus Christ (Psalm 2:10-12). Our history is unique in that we are allowed to express the full flower of Christian civilization and government as no other nation in history. This fact should give us cause to ponder the price we have paid for the maintenance of our liberty. Will we be the generation that presides over its death?”

In four more years that choice could be gone—forever.