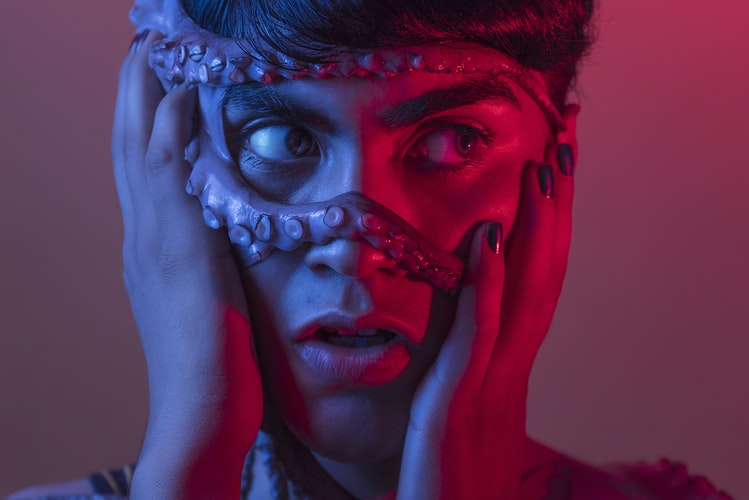 Watching the actions of various groups in America recently got me thinking about one of the “basics of life.”

While progressives and anarchists looted and burned many cities blaming racism, police, and social injustice, people of faith came to Washington, D.C. (and all over the nation) to repent and self-identify with the sins of the nation.

One worldview blamed out-siders for their problems. The other blamed themselves.

The “blame others” crowd might prevail and elect Joe Biden our next president if you believe today’s polls.

It’s a problem of depravity and the coming election.

The Problem of Depravity and the Coming Election

You can’t get more basic than this:

Human beings are fallen, depraved, and find it easier to be selfish than to do right.

That is what the Bible teaches, and history confirms. In fact, the more “enlightened” humans become (20th century), the more barbaric they get (100 million people plus one billion unborn babies killed by atheistic ideologies).

Yet, progressives believe that people are basically good and can shape a better world. Those who know the truth disagree.

We need God in our lives to do anything good.

Nobody states this better than Dennis Prager in the following article. Prager is right, but he leaves out something important.

“As long ago as the 1970s, I came to a major realization. While watching fellow students at Columbia University demonstrate not just against the war in Vietnam but against America–’Amerika,’ as many spelled it, the ‘imperialist,’ ‘colonialist,’ ‘mass-murdering’ country–I kept wondering what made these people so hostile to the freest country in human history.”

“Then, one day, having attended a yeshiva (an Orthodox Jewish day school) through high school, the reason became clear. Half of each school day was devoted to religious studies in Hebrew, and the other half was devoted to secular studies in English. This meant that I had been immersed in a religious worldview until college.”

“Though it was Jewish, this worldview could also be called ‘Judeo-Christian’ Students at traditionally Christian schools were immersed in essentially the same worldview. We were all taught that the most important battle we need to wage in life was with our own nature. Jews and Christians learned from the same Scripture that ‘the will of man’s heart is evil from his youth’ (Genesis 8:21).”

“Therefore, being a good person involved a constant battle with our flawed human nature: our urges, appetites, and innate weaknesses. This battle was also the only real route to a better world. Every individual had to work on him or herself to be decent, strong, courageous, and self-controlled, and every parent had to work, first and foremost, on raising such people.”

“One day, I came to realize that this was not how the majority of my fellow students were raised. They were raised to believe that the great battle in life was not with one’s nature but with outside forces–with parents, in many cases, but most of all with society, i.e., America.”

“All of us, whatever our political outlook, have to confront personal failure, loss, disappointment, and unhappiness. When confronted with these challenges, religious Jews and Christians are taught to look inward for both the primary source of their problems and the primary solutions to those problems: What have I done wrong? What can I change in my life to solve my problems?”

“Of course, some nonreligious liberals and conservatives also have this attitude. But most of them likely inherited it from religious parents or, at the very least, from parents who were raised in a religious home or a home that retained the remnants of such an upbringing, which was common in pre-1960s America. (It is therefore questionable how many secular parents will succeed in passing this attitude on to their children.)”

“The left, which proudly rejects Judeo-Christian values, has adopted the opposite of the Judeo-Christian view regarding pain in life. Leftists (as opposed to liberals) hold outside forces responsible for their pain. That is the reason for the litany of left-wing enemies: capitalism, patriarchy, misogyny, systemic racism, homophobia, transphobia, Islamophobia, sexism, xenophobia.”

“So, then, if you are an unhappy American woman, you can work on yourself and your nature, or you can blame sexism and patriarchy, i.e., men, for your pained state.”

“If you are an unhappy gay American, you can work on yourself, or you can blame society’s homophobia for your unhappiness.”

And, most significantly, if you are an unhappy black American, you can work on yourself and your life, or you can blame systemic racism and whites for your anger and unfulfilled life.

“All this explains why the left encourages every group except for white, Christian, heterosexual males to regard themselves as oppressed. The more oppressed women, gays, blacks, etc., see themselves, the more they are alienated from America and its values, and the more they gravitate left. Thus, I came up with a riddle:”

“Q: What do you call a happy black person?”

“Without an exception I can recall, over the course of decades, I have guessed the political affiliation of every black caller to my radio show within a minute of talking to them. If they sounded happy, I knew they were a Republican; if they were angry, I knew they were a Democrat. This has held true for male and female callers.”

“This replacement inevitably leads to a population of unhappy, ungrateful, and mean-spirited human beings–precisely the type of individuals you see rioting and looting, the type of elected officials who do nothing to stop rioters and looters, the columnists and academics who devote their lives to spewing hate-filled lies about America, and the Twitter mobs who comprise the toxic cancel culture.”

“It will lead to what the left acknowledges it seeks: the end of America as we have known it.”

We either blame ourselves or blame someone else.

I recently received a letter from a friend who once knew God but has turned away. He told me he was actively “improving” himself (and quite proud of it) but was mad at all the “haters” in the world–people who did not agree with his life choices.

He bought hook, line, and sinker the secular progressive blame game–while feeling quite good about his self-improvement.

Depravity is both malicious and deceptive.

Dennis Prager states that America’s exceptional history came from its Judeo-Christian belief in God, the wickedness of the human heart, the need to blame me for my problems and practice God’s commandments to overcome them.

But Prager leaves out the “Christian” part of the worldview. The only way we can truly be good, happy, and holy is to humble ourselves before God, put our faith in Jesus Christ, and receive the dynamic of the Holy Spirit to empower us to live right.

The Law (Prager is Jewish) shows us the road. But only the God’s Spirit can fuel and direct the vehicle that navigates it (Romans 8:3-14).

Depravity is currently overrunning our nation and could decide the November 3 election.

We must overcome it in repentance, prayer, and an awakening of God’s Spirit.