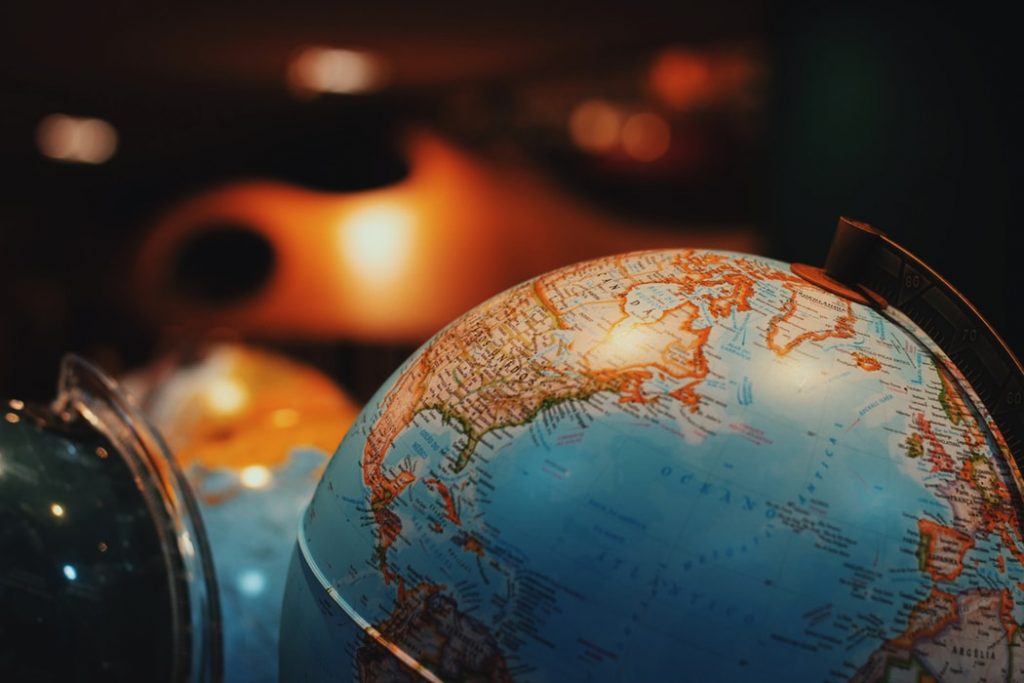 I must admit my vision has been clouded for a few days. A week ago, after near record rains in our area for the past month, the curtain drain behind our home failed–flooding the septic field.

For the past few days I’ve been digging ditches, pumping trenches and trying to save my family from leaving. It continues to rain. All I’ve seen is mud, water, and the cost of repairs, causing me to sigh with Job, “What I feared has come upon me” (Job 3:25).

Today, after understanding the problem and with a long-range plan mapped out, life is looking up. It’s hard to “see” when you’re stuck in the mud (Jeremiah 38:6).

For most of us, life is often a slog, a grind, with many tests and difficulties popping up along the way. My dad used to describe the storms of life as “another mountain to climb.”

True. And sometimes we’re tempted to give up because we’re tired of hiking. We forget that a beautiful sun and clear blue skies are always above the clouds.

What an apt analogy for the hope of eternal life.

Despite momentary troubles, I see many things as we begin the 2020’s. Here’s my view from above the clouds of life.

Some people believe that the first decades of the 21st century (2010-2019) will one day be recognized as a great time in history of general peace and prosperity. To an extent there was a lack of war, nearly a billion people emerged out of poverty around the world due to the growth of global capitalism, and more people led prosperous lives than at any other time.

Praise God for these incredible advances.

Others call the 21st century’s initial decade the “terrible teens” due to the widespread breakdown of the family (in the West).

I agonize over this breakdown also–it’s tragic and sobering. As I state in my book, River of God, it follows the ascendancy of the atheistic/secular worldview in Western nations–and the havoc it creates.

Ryan Anderson, takes us even further in “A Decade of Marital and Sexual Erosion:”

“Same-sex marriage is a catalyst for further erosion. Already, we see respectable opinion-makers mainstreaming ‘throuples,’ ‘ethical non-monogamy’ and ‘open relationships. This was predictable.”

“Something we didn’t predict are the headlines about transgender and non-binary ‘identities.’ A decade ago, few Americans had given much thought to the ‘T’ in ‘LGBT.’ Today, transgender identity seems to dominate the discussion of sexuality and sexual morality.”

“There’s a logic here. If we can’t see the point of our sexual embodiment where it matters most—in marriage—we’ll question whether it matters at all. Hence the push to see gender as ‘fluid’ and existing along a  ‘spectrum’ of non-binary options.”

“There’s a deeper logic, too. Implicit in the push for same-sex marriage was body-self dualism—the idea that we’re actually nonphysical entities inhabiting physical bodies, or ghosts in machines. That’s why the ‘plumbing’ in sexual acts seemed not to matter.”

“True one-flesh union, the foundation of conjugal marriage, was thought illusory. What mattered was emotional union and partners’ use of their bodies to induce desirable sensations and feelings.”

“Of course, two men or two women (or throuples or even larger sexual ensembles) could do that. But the logic didn’t stay with marriage. If the body is mere plumbing, then sex matters less than identity.”

I agree with both Kubal and Anderson that moral/social/identity confusion is a looming storm in the West due to the erosion of the Judeo-Christian worldview.

Tensions with Iran are currently in the news, and until the mullahs are removed from Tehran (by a people revolution?), the Middle East remains a power-keg. The United States used to protect this region due to global oil reserves and stopping terrorist enclaves. Now that we are energy self-sufficient, that is less of a concern.

In 2020, the paramount reason is to stand by the only democracy in the region and God’s chosen people–Israel.

Only President Trump had the courage to move the U.S. Embassy to its rightful place in Jerusalem. Keep your eyes on the “city of the Great King.”

And watch out for China–the only other super-power. It might either rise in tyrannical impact (as its already doing to some of its own people) or collapse into the dust-bin of history.

I see the battle for America escalating in the 2020’s with either a spiritual revival renewing our biblical foundations or a secular progressive triumph vomiting us into national darkness.

Republicans are weak-knee-ed, but the only party that still believes in biblical virtures (faith, family, and freedom). The Democrat Party radiates ungodly values on nearly every front (abortion on demand, open borders, sexual confusion, socialism, radical environmentalism, and global appeasement and government).

Donald Trump may be one of the most unusual political leaders that God has ever used, but that He has, there can be no doubt. Either the Democratic Party or America as we know it could die in the 2020’s.

She will greatly impact the future through her prayers and acts of obedience. 2020 has been proclaimed the Global Year of the Bible.

There are numerous prayer thrusts taking place around the world that we will chronicle in comings days–including global marches for Jesus on May 30, 2020.

Many organizations are working feverishly to give Jesus a birthday present by December 25, 2020–a portion of the Bible in every language on earth (all 6500 of them). This awesome movement is called End Bible Poverty Now!

The 2020’s will both roar and soar because evil is revealing its true face while God’s power and grace are bringing millions to faith.

Keep your eyes above the clouds and pray. Maranatha.