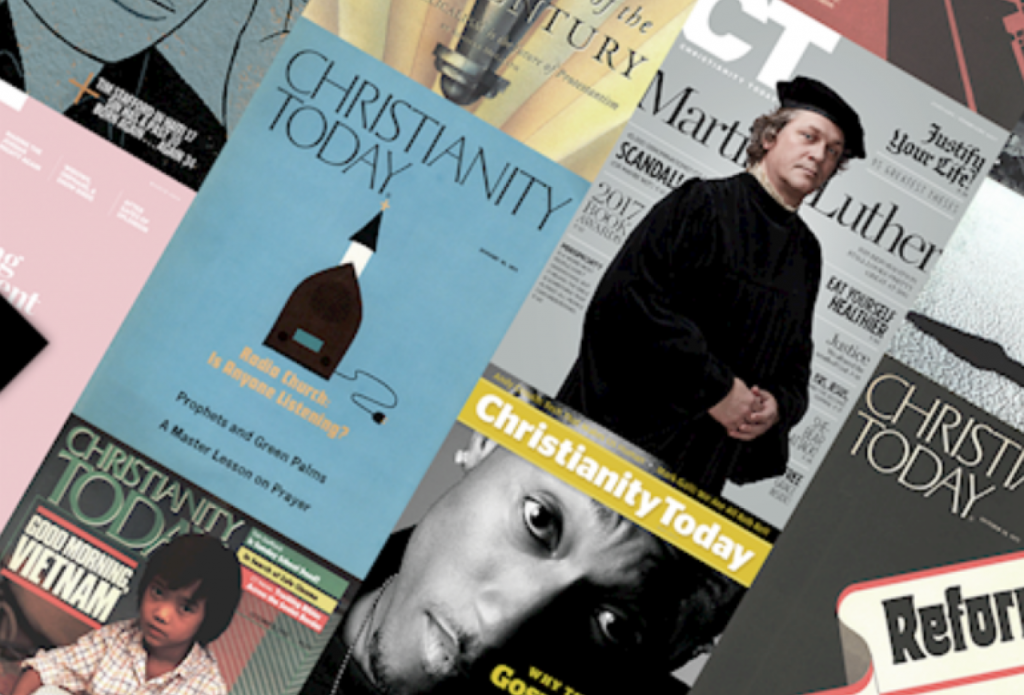 On December 19, Mark Galli, the out-going editor of Christianity Today (CT), wrote an editorial supporting the impeachment of President Trump.

There was a swift response from many Christian leaders, including Franklin Graham, who felt compelled to reveal that his father had voted for Donald Trump in 2016, and would have been greatly “disappointed” by the editorial.

I have subscribed to CT for decades because it was the preeminent faith-based magazine in America.

But I’ve cancelled my subscription–with hope.

I Cancelled my CT Subscription with Hope

Many evangelical leaders have rebutted the assertions of Mark Galli that Donald Trump is “grossly immoral” and “ethically incompetent” to be president of the United States.

None did it better than Dennis Prager–who is Jewish.

Here is his article in its entirety.

A Response to the Editor of Christianity Today

“The editor-in-chief of Christianity Today, Mark Galli, wrote an editorial calling for the impeachment of President Donald Trump.”

“In my view, this editorial only serves to confirm one of the sadder realizations of my life: that religious conviction guarantees neither moral clarity nor common sense.”

“The gist of the editorial — and of most religious and conservative opposition to President Trump — is that any good the president has done is dwarfed by his character defects.”

“This is an amoral view that says more about Galli than it does about the president. He and the people who share his opinion are making the following statement: No matter how much good this president does, it is less important than his character flaws.”

“Why is this wrong?”

“First, because it devalues policies that benefit millions of people.”

“And second, because it is a simplistic view of character.”

“I do not know how to assess a person’s character — including my own — outside of how one’s actions affect others. Since I agree with almost all of President Trump’s actions as president and believe they have positively affected millions of people, I have to conclude that as president, Trump thus far has been a man of particularly good character.”

“Of course, if you think his policies have harmed millions of people, you will assess his character negatively. But that is not what never-Trump conservatives or Christians such as the Christianity Today editor-in-chief argue. They argue that his policies have indeed helped America (and even the world), but this fact is far less significant than his character.”

“In the words of Galli: ‘(I)t’s time to call a spade a spade, to say that no matter how many hands we win in this political poker game, we are playing with a stacked deck of gross immorality and ethical incompetence.'”

“This rhetorical sleight of hand reflects poorly on Galli’s intellectual and moral honesty.”

“This is simply wrong.”

“So, permit me to inform Galli and all the other people who consider themselves conservative and/or Christian that our support for the president is entirely moral.”

“– To us, putting pressure on the Iranian regime — one of the most evil and dangerous regimes on Earth — by getting out of the Iran nuclear deal made by former President Barack Obama is a moral issue. Even New York Times columnist Bret Stephens, who loathes Trump, has written how important the president’s rejection of the Obama-Iran agreement has been.”

“– To us, enabling millions of black Americans to find work — resulting in the lowest black unemployment rate ever recorded — is a moral issue.”

“– To us, more Americans than ever being employed and almost 4 million Americans freed from reliance on food stamps is a moral issue.”

“– To us, appointing more conservative judges than any president in history — over the same period of time — is a moral issue. That whether the courts, including the Supreme Court, are dominated by the left or by conservatives is dismissed by Galli as “political poker” makes one question not only Galli’s moral thinking but also his moral theology.”

“– To us, moving the American embassy to Israel’s capital city, Jerusalem — something promised by almost every presidential candidate — is a moral issue, not to mention profoundly courageous. And courage is a moral virtue.”

“– To us, increasing the U.S. military budget — after the severe cuts of the previous eight years — is a moral issue. As conservatives see it, the American military is the world’s greatest guarantor of world peace.”

“Yet, none of these things matter to Galli and other misguided Christians and conservatives. What matters more to them is Trump’s occasional crude language and intemperate tweets, what he said about women in a private conversation and his having committed adultery.”

“Regarding adultery, that sin is for spouses and God to judge. There is no connection between marital sexual fidelity and moral leadership. I wish there were. And as regards the “Access Hollywood” tape, every religious person, indeed every thinking person, should understand that there is no connection between what people say privately and their ability to be a moral leader. That’s why I wrote a column for the Wall Street Journal 20 years ago defending Hillary Clinton when she was charged with having privately expressed anti-Semitic sentiments.”

“That the editor of Christianity Today thinks the president’s personal flaws, whatever they might be, are more important than all the good he has done for conservatives, for Christians, for Jews, for blacks and for America tells us a lot … about Galli and the decline of Christian moral thought.”

I agree, and add a few thoughts.

In my cancellation letter to the CEO of CT, I said:

“I am deeply saddened of your decision to publish Mark Galli’s editorial encouraging the impeachment of President Trump…He shared it in poor taste with a great lack of judgment.”

We have subscribed to Christianity Today for many years due to your scholarly articles, inspirational stories, and world updates on evangelical advance. But we also, with lament, have noticed your drift from being a Bible-centered publication to becoming an advocate for progressive causes. Galli’s biased editorial tipped the scales for us.”

“We, too, voted for Donald Trump in 2016—not because of his past infidelities or immature outbursts, but because his positions on issues of concern to the faith community were far superior to the alternative. Policies have primacy in elections.”

“We are canceling our subscription to your magazine and hope that you will have the wisdom and courage to do what World Vision navigated a few years ago when they realized their ship was tacking to the left—and changed course.”

“If you apologize and do the same—and return to Bible-centered commentary and exegesis–we will gladly return to the CT fold.”

First, we do not penalize people seeking public office for past sexual infidelities. We believe in forgiveness–the God of second-chances. There is no evidence that President Trump is involved in sexual sin while in the White House. Three recent presidents who did so were JFK, LBJ and Bill Clinton.

Where were the CT articles commending their impeachment?

Second, I agree that President Trump should grow up in his immature outbursts and personal name-calling. But that’s not worthy of impeachment–just of our prayers.

In the 2016 election, despite his negative quirks, President Trump’s policies stood far closer to biblical principles than Hillary Clinton’s. That’s why 63 million Americans and 70% of evangelicals voted for Trump.

Finally, in 2014 World Vision made the grave mistake of coming out in favor of same-sex marriage–thus denying biblical truth. After a huge backlash, WV had the humility to admit their error, apologize and change course.

That’s a great definition of repentance–a pillar of our faith.

My hope is that CT will go and do likewise.