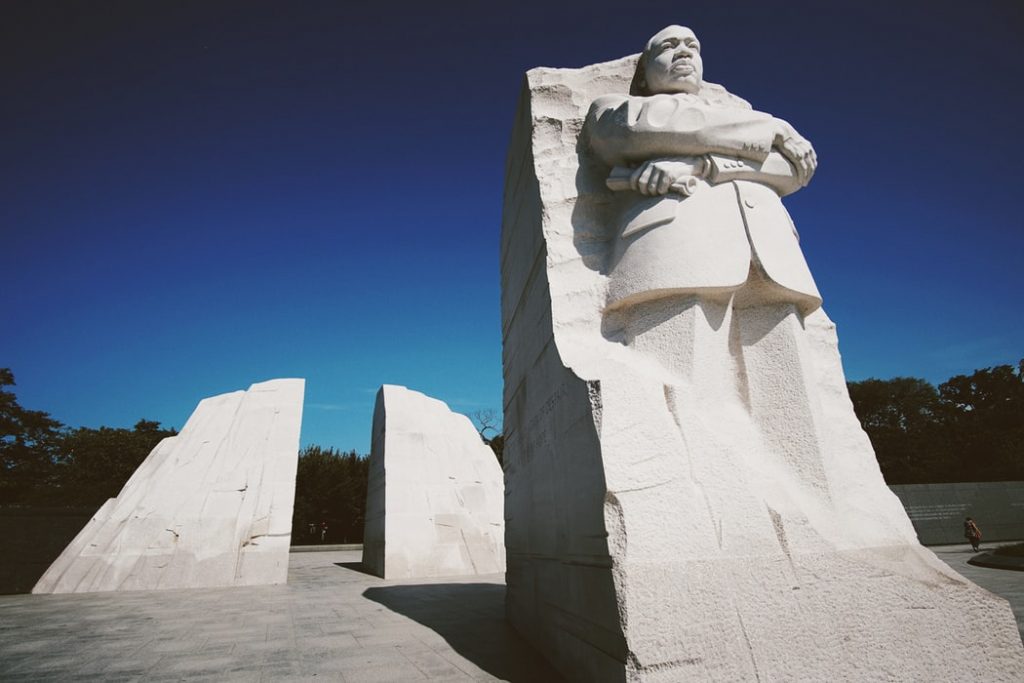 This week bookends the birthday of a man with a great cause, Martin Luther King, Jr. and his fight for civil rights, and the Right to Life March that peaceably protests on the largest and ongoing holocaust of all time–abortion.

Monday, January 17, we celebrated the MLK holiday and Friday, January 21, the annual March for Life is scheduled in Washington, D. C.  Martin Luther King believed in both “rights” found in the Declaration of Independence–the right to life and the right of liberty.

It’s time to reject a whopper of a lie.

MLK and the Abortion Lie

We live in a time when deceit openly parades itself as truth. Our leaders tell us that mandates and lockdowns stop disease, that you can be any gender you want, open borders are a good thing, and that voter ID should not be required at the polls (to name just a few examples).

What’s interesting about this list (which could include numerous examples), is that if you believe one of the deceptions, you probably believe most of them. And you likely believe the grandest deception of all: that it’s okay to kill an innocent baby in the womb.

Contrary to atheist’s claims, most people understand that there is a spiritual being called the Devil, Lucifer or Satan and legions of fallen angels that influence human behavior. These demons are as real as we are, though they are unseen (Ephesians 6:12).

We don’t know a lot about Satan, but we do know this:

Martin Luther King agreed because he read his Bible. For a moment, let’s clear our eyes and think about the deceit of abortion that pervades our world. Millions of Americans and billions of people worldwide are deluded about it. They have bought into a wretched lie.

I don’t know who invented the word “abortion” (though I’m sure Satan inspired it). We use the word to describe killing precious, innocent babies. But the word “abort” is not a personal word. In normal usage, we abort “events” not people–such as rocket launches or military missions. It’s a way of stopping or ending some “thing,” not someone. When we “end someone” that’s normally called killing or murder.

To rationalize this in our own minds, someone also invented the word “fetus” which sounds more like a “thing” than a person. That makes it easier to destroy.

Deceitful History Killing innocent babies in the womb isn’t new. It goes back thousands of years and was viewed by most cultures as morally wrong. Even in ancient polytheistic Greece, the Hippocratic Oath (400 BC) was used to encourage doctors of the healing arts to take a stand against abortion. Here is the original pledge:

“I swear by Apollo the physician, and Aesculapius, and Health, and All-heal, and all the gods and goddesses, that, according to my ability and judgment, I will keep this Oath. . . I will follow that system of regimen which, according to my ability and judgment, I consider for the benefit of my patients, and abstain from whatever is deleterious and mischievous. I will give no deadly medicine to any one if asked, nor suggest any such counsel; and in like manner I will not give to a woman a pessary (medical device or medication) to produce abortion.”

For thousands of years, this was the norm. Abortion was neither moral or good medicine. It was murder–plain and simple.

One of the most prevalent modern lies regarding abortion is that women have a “right” to control their own bodies. Fair enough, but a baby in the womb is not your own body. It’s somebody else’s body that has a God-given right to life, health, and protection. Yes, that body is dependent on his or her mother for nine months, but after birth, it’s also dependent on people for many years. There’s really no difference.

Plus, complete human autonomy is an illusion. We are called to love one another and submit our lives to the One who created and loved us first. Actually, “in Him we live, move, and have our being” (Acts 17:28).

Nothing makes logical sense about killing an innocent child in the womb. The truth is simple. Life begins at “conception”–the moment a man’s DNA joins a woman’s DNA to create a new human life. This concept is not “above our pay grade” as once stated by an American president. It’s a simple, basic, logical fact.

Then, there is the greater illogic of the word “choice.” This seems to be the favorite deception of our time because the word “choice” appears lofty, noble, and freedom laden. However, the rightness of a choice is determined by the action you choose. Some choices are good: to love, be patient, and forgive. Other choices are bad or evil. What is the most wicked choice on a human level?

To kill another innocent person.

Next time someone says to you that they’re “pro-choice,” simply ask them: What is the choice you’re making? Then after they give you some platitudes about terminating a pregnancy or whatever, remind them that aborting the fetus is really murdering their own offspring for selfish reasons. Hopefully the truth will lead them to change their mind.

Many abortion advocates couch their position in the language of civil rights. They say they are freeing up women the same way Abraham Lincoln freed the slaves. But the only true rights that human beings possess are God-given and God-defined. In the Declaration of Independence, Thomas Jefferson declared that we are endowed by our Creator with certain inalienable (can’t be taken away), rights that begin with “life.”

The “right to life” is both basic Bible and basic American. To be pro-choice (killing babies) is to be on the wrong side of the civil rights struggle. It was the immoral slave owners that were pro-choice. Many didn’t force other people or states to own slaves, they just wanted to be free to do so themselves. And upon what did they wrongly base their choice? They believed that Negro slaves were not fully human–hence the rationale that the choice was okay.

Pro-choice abortionists are the slave owners of the 21st century. They don’t necessarily want to force others to believe like them (except for taxpayers to pay for all abortions). But they believe their choice is justified because the fetus in the womb is not fully human. Sound familiar? Satan’s lies don’t change much in history. He just sprinkles the same old deceit on new areas of interest.

Why? Because Satan was a liar from the beginning and wants to destroy (murder) human beings.

Abortion fits his agenda perfectly. Through human accomplices, he has successfully murdered over 65 million Americans since 1973 and possibly one billion human beings worldwide over the past fifty years.

That’s why abortion is the greatest deception of all.

This coming Friday, January 21, hundreds of thousands of concerned citizens will March in Washington, D.C. for the Right to Life. The press will hardly cover it–though it’s the largest march in the capital every year.

We can thank President Trump for appointing three new justices to the Supreme Court. In June, the Court could either overturn the infamous Roe. v. Wade decision or restrict abortions. Please pray for them.

It’s time to expose the abortion lie and set the babies free.

Dr. Martin Luther King, Jr. would be marching and praying with us.