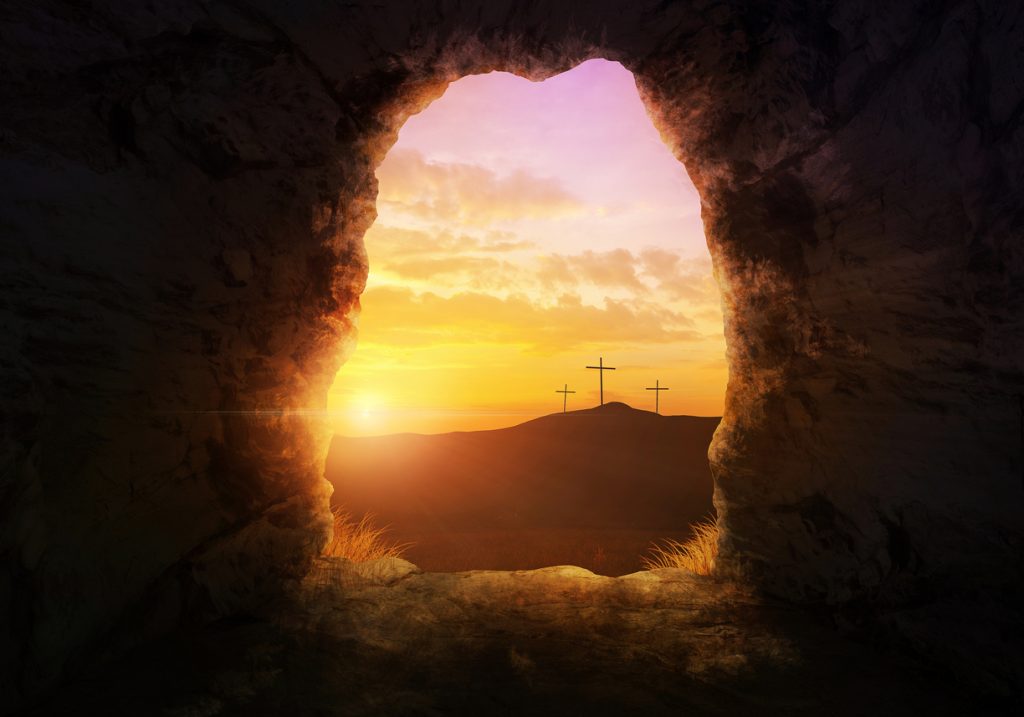 There are many events that impacted history over the past four thousand years. (Creation scientists calculate 4128 B.C. for the earth’s birthday.)

Some of those events were disastrous. Others changed the world for good in varying degrees.

One could easily make the argument that Good Friday–when Jesus died for the sins of the world–stands out as the greatest event of all time.

But I still believe the resurrection tops the list.

Why the Resurrection is the Greatest Event of All Time

The fire this week at the Notre Dame Cathedral soberly revived an interest in history and its importance to our lives. The grand structure has been with us for seven centuries. It beckoned countless generations of Parisians and foreign visitors to leave their tiny homes and catch a glimpse of heaven while gazing up at its beauty, magnificence and splendor.

It stood out as a “taste of God” on earth.

Gary Randall describes what many felt as they watched it burn:

“This week, we saw the video from Paris of historic Notre Dame burning, collapsing in flames, I was saddened. The loss of the 700-year-old structure is devastating to most Christians—Catholic and Protestant, around the world. The structure has survived 7 centuries and 2 wars.”

“Sadly it also may illustrate the collapse of the influence of the Christian Church and God’s Truth in America’s culture. And we know the cause. America’s culture is on fire. It’s collapsing. And too many, who should be speaking God’s Truth, are fiddling with public acceptance and job security while the culture burns.”

Randall draws a spiritual parallel from the Notre Dame fire. It’s an apt metaphor, but not my focus today.

I’m sure many of you have mental lists of history’s great events. I love history because it is “His Story” of redeeming the world.

I also enjoy history because we can learn so much about good and evil, justice and righteousness, and God Himself through our knowledge of the past.

It was my study of history that helped me “find my place” in this world. Identity without context is just a mirage. When you know what’s gone before, what’s happening now, and how you were designed to be an agent-of-change, then history ignites personal passion.

Before we look at the resurrection of Jesus Christ, let me share my  fifteen greatest events in history.

I’m sure there are others, and you have your preferences.

Why do I believe that the resurrection of Jesus Christ–Easter Sunday–remains the greatest single event of all-time?

First, the resurrection makes Jesus stand head and shoulders above all other religious figures and founders. Some of them are reported to have had miraculous powers (though not like Jesus). Others shared memorable sayings or actions (though none as memorable as Christ).

But all similarities end at death. All other religion founders or spokespeople died. Their followers hope their advice is truthful and life-changing–but they have no proof.

Proof is vital in all areas of life.

Shirley and I sometimes watch Hallmark Movies where would-be sleuths try to solve complex and confusing crimes. Oftentimes, they stumble upon forms of evidence that point to one person or another as the perpetrator.

But solid proof changes everything. Strong verdicts are based on evidence–proof. The greater the evidence for a crime, the more you know you’ve got the right person.

That’s where the resurrection comes in.

If the four Gospels (specific eye-witness accounts) ended with the death of Jesus like every other religious figure, we would be left with uncertainty.We would need the same blind faith needed to trust a dead Mohammed, The Buddha, Zoroaster or Confucius.

How could we know which one was the way to God?

The resurrection provides the proof. It demonstrated by awesome supernatural power that Jesus Christ was God and had provided a way for all people to be forgiven.

Here’s how I describe the greatest event in my book River of God:

“Jesus Christ, the wondrously unique God/man, died for the sins of the world and rose from the dead to prove beyond a shadow of a doubt he was more than a human being. Resurrection served as the final witness in his trial for credibility.”

“Josh McDowell devotes eighty-five pages of his classic work, Evidence That Demands a Verdict, to the historical, logical and literary proofs for the resurrection of Jesus Christ. His risen life remains one of the most provable events of ancient times. He points out that human beings living since the death and resurrection of Jesus are faced with only three choices relating to the Son of God. Either he was a lunatic who made crazy claims—a liar who has deceived billions—or the Lord of life that he claimed to be.”

The resurrection displays the incontrovertible proof that Jesus Christ is “the way, the truth and the life” (John 14:6).

No wonder the Apostle Paul proclaimed to some skeptical Athenian philosophers: “God has set a day for judging the world with justice by the man He has appointed (Jesus), and he PROVED TO EVERYONE WHO THIS IS BY RAISING HIM FROM THE DEAD” (Acts 17:31, emphasis mine).

Many people in history have died tortuous deaths. Some even laid their lives down to save others. But only ONE was God in human form who died for the sins of all people.  You can confidently believe everything He said about Himself because of the empty tomb.

No wonder the early disciples preached the resurrection. Christ’s one-of-a-kind conquering of death is absolute proof that Jesus is Lord.

That’s why the resurrection of Jesus Christ is the greatest event of all time.

Happy Easter. He is risen.