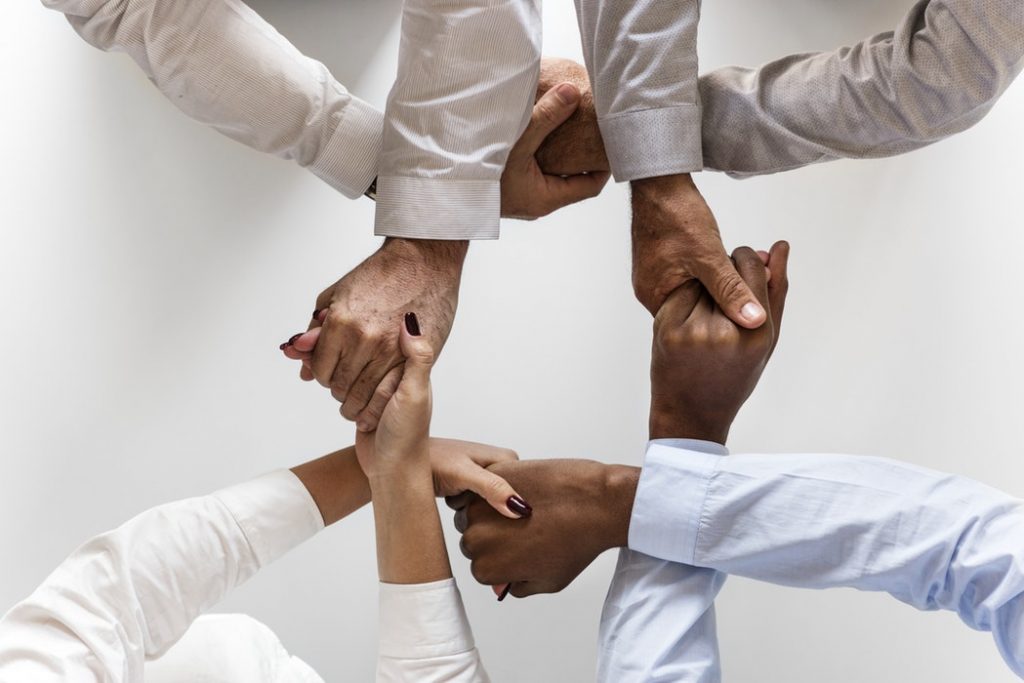 The longest recorded prayer of the Savior, Jesus Christ, focused like a laser on the importance of unity.

If you haven’t read it recently, it can be found in John chapter 17  in the New Testament.

These intercessory words are the capstone of Jesus’ final hours with His disciples before His death and resurrection. In an upper room dinner setting, he shared  intimate thoughts with His followers about love (chapter thirteen), the Holy Spirit (chapters 14 & 16), and the need for dependence on Him like branches to a vine (chapter 15).

But his most poignant words took the form of a prayer to His Heavenly Father. In it He highlighted the need, power, and importance of His followers to be “one”–i.e. strongly united–for world evangelism to take place (John 17:23).

So whose unity will prevail in our time?

I’ve sat on both sides of the unity fence. I grew up in a liberal church denomination that preached oneness at all costs and threw out the truth. Their concept of unity consisted in “kumbaya” moments where holding hands mattered over anything and everything.

For a time, after my conversion to Christ, I swung the pendulum to the other extreme and displayed cynicism toward Christian unity and used various doctrinal  and theological litmus tests to not “hold hands.” I even criticized the late Billy Graham for preaching what I wrongly considered cheap grace.

I later repented of my pride and stupidity and began supporting the Billy Graham Evangelistic Association with financial donations.

And I learned a deep lesson from John 17:

God longs for unity among His people to show the world His love and reach every person with the Good News of salvation.

When those words sunk in, I committed myself wholeheartedly to be a unifier of the Body of Christ. In fact, I concluded that if Jesus’ words in John 17 mean anything, then those who unify God’s people around His love and truth will make the greatest contribution to world evangelism.

Thus began a lifetime of promoting unity in the Church.

But God’s people aren’t the only ones who can use human unity to produce results. Unity creates power, momentum and synergism that can be harnessed by any group for any and all purposes.

Unity can be leveraged for either evil or good.

Thus, I note with great interest the many “secular” unity movements on display in the past two decades. The most recent demonstration was labeled the “March for Science” on April 14, 2018 and supposedly involved a million people in various parts of the world.

I’ve see this rodeo before.

Gary Randall of the Faith & Freedom Network describes it:

“If Saturday’s March for Science left any enduring impression, it has to be this: A diverse group of people from the likes of Bill Nye to Little Miss Flint have found a common thread that brings them together—and it certainly isn’t the love of science.”

“It’s a common goal of using any cultural institution to advance their particular agenda, and for the most part—I believe–that it is a spirit of rebellion against God—the Creator.”

“Antonio Gramsci, a disciple of Karl Marx, advocated for what he called ‘a long march through the institutions’ to indoctrinate the people and using the institutions, to ultimately bring about the triumph of cultural Marxism. This is part of that march.”

Randall notes that very diverse groups united to advance an agenda rooted in rebellion against God.

Prior to the “March for Science” came the “March for Our Lives,” supposedly galvanized by the students who experienced the Parkland, Florida school shooting.

Jared Stepman of the Daily Signal shares these observations of those marchers:

“It may seem painfully obvious, but it is worth noting the march in Washington was clearly a left-wing protest.”

“As Julie Gunlock at The Federalist noted, some parents were led to believe that the March 14 National School Walkout would be about memorializing victims of the Parkland shooting. It wasn’t. ‘The real mission of the walkout is to demand Congress pass more restrictive gun laws,’ Gunlock wrote. This goal was even more obvious at the March for Our Lives.”

“Gun control is certainly associated with the modern left, but it’s clear from observing the protesters that many were involved with other left-wing movements. The pink hats from the 2017 Women’s March made a widespread reappearance, as did numerous anti-Trump or generally anti-Republican signs.”

“Undoubtedly, many people from around the country came to the protest out of a sincere belief that they were making a positive difference to end violence, but there’s also no doubt that a huge amount of professional organization and money went into this march.”

“A series of Hollywood celebrities funded the march, including Oprah Winfrey, George Clooney, Steven Spielberg, and others. As BuzzFeed reported, a litany of leftist organizations and politicos got involved, including the George Soros-backed MoveOn.org, Women’s March LA, Rep. Debbie Wasserman Schultz, D-Fla., and, curiously, Planned Parenthood.”

“There were certainly many children present, but there’s no way they could have put this all together on their own. Outside help and organization was apparent.”

In other words, those who oppose “In God We Trust” and American traditional biblical principles of faith, family and freedom are increasingly mobilizing their diverse interest groups into a broad coalition of unity to propagandize and alter American culture.

Think back to the various waves that have been building to change the United States from a faith-based republic to a secular democracy:

And many others. These groups used to push their own agendas fairly exclusively, be it gun control, LGBTQ acceptance, anti-racism and bigotry, and now anti-white supremacy or privilege.

But someone woke up in the past few years (motivated by a satanic alarm clock?) and realized that if they cobbled all these anti-God, morality, faith and freedom groups together into a unified front against God’s principles and truth, then larger victories could be accomplished in the culture war.

They also didn’t just wake up and unite. Some very powerful business people began coordinating vast amounts of money to give professional protesters and agitators a united purpose.

The goal: Change America and the world.

If you listen to the mainstream media, secular progressive “unity” appears to be winning on many levels. What does the future hold?

That’s determined by each generation.

If the Church unites in powerful and godly John 17 unity in the 21st century to share the Good News and be salt and light in the culture, then grace and justice will flourish and bless many people. But if the forces of rebellion against God do a better job at unifying people, they could literally alter or destroy entire nations.

We know that one day the world will “unite” around a powerful anti-Christ government before Jesus’ return (Revelation 13). We also know that a united Church will take Christ’s Good News to all the nations (Matthew 24:14) and that heaven will be a place of perfect union under the loving leadership of the Triune God (Revelation 20-22).

What will happen now?

Maybe your or my action or inaction will help determine it.

A close friend works as a church liaison for some Franklin Graham festivals coming to California this spring. He wrote me a letter recently expressing his concern over a fellow pastor in the area who politely refused to support the events–mostly because he considers Franklin Graham too political or close to Donald Trump.

I told him to remind his friend of the vital importance of John 17 unity. If the enemy is better at unity than we are, then they will win. If we rise to be an answer to Jesus’ two-thousand year old prayer, then God’s Kingdom and billions of people will be the ultimate beneficiaries.

Peter Meiderlin, a 17th century monk, is credited with this simple phrase: “Unity in essentials. Liberty in non-essentials. Love in all things.”

Then put it into practice–better than the opposition.

Posted in Christianity, Culture, General, Unity and tagged John 17, Unity
← Devil Take the Youngest and Our Crisis of MeaningRiver of God: Where Religion Began and Why Grace and Love Will Triumph →