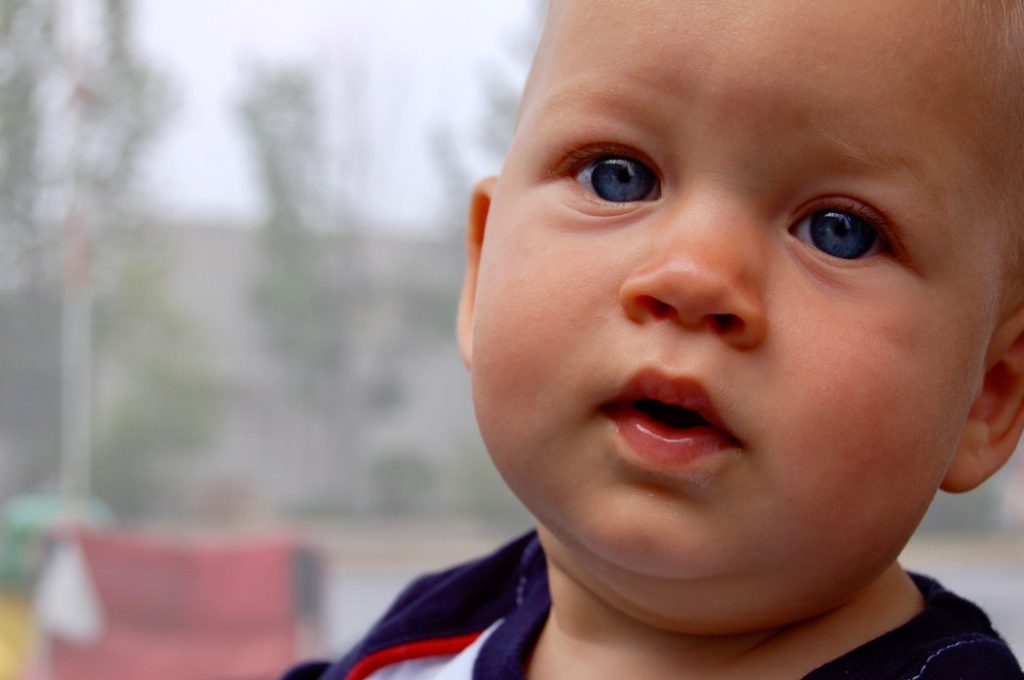 The apparent gassing of 45 innocent men, women and children recently in Syria stunned the world–again. Chemical agents remain a hideous way to die, and every word of disgust leveled at the Assad regime (and its proxies, Russia and Iran) for committing this barbaric crime are well deserved.

U.N. Ambassador Nicki Haley’s blistering words stand out as the most poignant and clear response on the subject.

All innocent deaths are tragic. But when they involve children or youth, something inside of us revolts at the insanity and injustice.

Yet, the truth about juvenile deaths is much bigger than Syrian chlorine attacks. The devil remains committed to taking out the youngest–on both ends of the spectrum.

Winkie Pratney, a personal friend and respected global Bible teacher–also known as the world’s “oldest teenager”–gets the credit for the above phrase by writing an insightful book in 2009 called Devil Take the Youngest: The War on Childhood.

The book’s prophetic insights awakened me that the demonic world loves nothing more than to stamp out the pure, innocent, image of God as found in children. Why? Because child-likeness is the closest thing to Kingdom attitudes according to Jesus’ own paradigm found in Matthew 18:2-4:

There is something about the beautiful innocence and humility of children that teaches us what repentance (life change) and faith (trust) mean. Child-like trust and honesty  bring us back into relationship with God, through Christ.

No wonder Satan desires to kill and destroy God’s most powerful image of reconciliation and Kingdom living by going after the youngest. Demonic forces, influencing evil-prone people on earth, like nothing more than to confuse, torment, depress, and kill young children–a way of assailing God’s Kingdom.

The largest killing field for “the youngest” remains the cruel hoax of abortion.

I read an article yesterday in The Daily Caller about 18-year old college freshman Kelly Clemente who got pregnant and chose to put her child up for adoption. Her story is worth reading both from the standpoint of the courageous choice she made to provide for her unborn child, and also the loving counsel she received to make the right choice in a difficult situation.

What hit me was Kelly’s rarity.

In 2014, the latest data available, 18,329 women in the U.S. chose to place their children for adoption. That same year, more than 900,000 women chose abortion. According to the National Council for Adoption, for every 1,000 abortions and births to unmarried women, there were only 6.9 adoptions.

That means that death stalks close to a million beautiful babies (the youngest) each year in the United States while less than 20,000 young women choose life. We have cruelly aborted 55+ million small human beings since 1973 in the U.S alone. World-wide, this unprecedented “Holocaust of the Youngest” stands between one to two billion.

And now the demonic forces are going after the older demographic of youth.

Ben Shapiro, editor in chief of the Daily Wire, states the problem and why (I will quote his entire piece).

“According to the Centers for Disease Control, youth suicide is in the midst of a precipitous and frightening rise. Between 2006 and 2016, suicides by white children between ages 10 and 17 skyrocketed 70%; while black children are less likely than white children to kill themselves, their suicide rate also jumped 77%. And as The Blaze points out, CNN reported last year that ‘the suicide rate among girls between the ages of 15 and 19 rose to a 40-year high in 2015.’”

“It’s not just young people. According to Tom Simon, a CDC report author, ‘We know that overall in the US, we’re seeing increases in suicide rates across all age groups.’ As of 2016, suicide levels were at 30-year highs.”

“A few years back, the trendy explanation was economic volatility — the market crash of 2007-2008 had supposedly created a culture of despair, cured only by suicide. But the economy is booming, and has been growing steadily since 2009. There are those who blame the rise in drugs as well, particularly opioids — but according to a study from the National Institute of Drug Abuse, drinking, smoking and drug use may be at the lowest levels ‘seen in decades,’ as the Los Angeles Times reports.”

“There seems to be a crisis of meaning taking place in America. And that crisis of meaning is heavily linked to a decline in religious observance. As The Atlantic observed in 2014, citing a study in Psychological Science:

‘The researchers found that this factor of religiosity mediated the relationship between a country’s wealth and the perceived meaning in its citizen’s lives, meaning that it was the presence of religion that largely accounted for the gap between money and meaning. They analyzed other factors—education, fertility rates, individualism, and social support (having relatives and friends to count on in troubled times)—to see if they could explain the findings, but in the end it came down to religion.”

“In other words, people need meaning and purpose in life. Our focus on materialism from both the political right and left — on income inequality and victim hood from the left, and on tribal affinity and economic deregulation from the right — ignores the key problem: Americans, particularly young Americans, increasingly don’t feel that their lives have purpose.”

“This isn’t a problem that can be cured by redistributing Xboxes. This is a problem of the soul.”

“First, we need to get off the weak sauce of ‘spirituality without religion.’ Spirituality is an aimless search within for some sort of transcendental values that simply can’t be found within. Religion is about practice — it is about acting in moral and ethical ways because your Creator demands it. This doesn’t mean you have to join an organized religion. It does mean that human beings need individual meaning — a belief in their holiness and specialness as beings made in the image of God, rather than a cluster of meaningless cells wandering through a cold, empty universe.”

“And it means that human beings need collective meaning as well: brotherhood in this journey. If we can’t supply those things to our children, it’s no wonder they’re in increasing levels of despair, no matter how many tennis lessons we buy them.”

Ben’s absolutely right. The devil and his human surrogates take the youngest in the womb with impunity and now target older youth by removing God and faith influences in our culture leading to a dramatic increase in suicide.

If the evil forces can’t get you before birth, they will work to convince you that God doesn’t exist, human community isn’t meaningful, and the best way out is to end it all.

As I stated in my 1992 book If God Has a Plan for My Life, Why Can’t I Find It? an empty, purposeless life is “The Big Lie.” A chapter entitled, “You’re Beautiful, Babe” ends with this truth we must stamp on the heart of all children:

“God wants each of us to recognize the wonder of our creation and to believe that we’ve been created by amazing design and loving foresight. When God gave you the spark of life, and exploded you into existence from two cells to millions and millions of cells, He smiled. . . worked. . . mused. . . and rejoiced that you were different from every other human being He’d ever created. And surely He must have whispered, “You’re beautiful, babe.”

Therein lies the meaning and majesty of a life worth living.