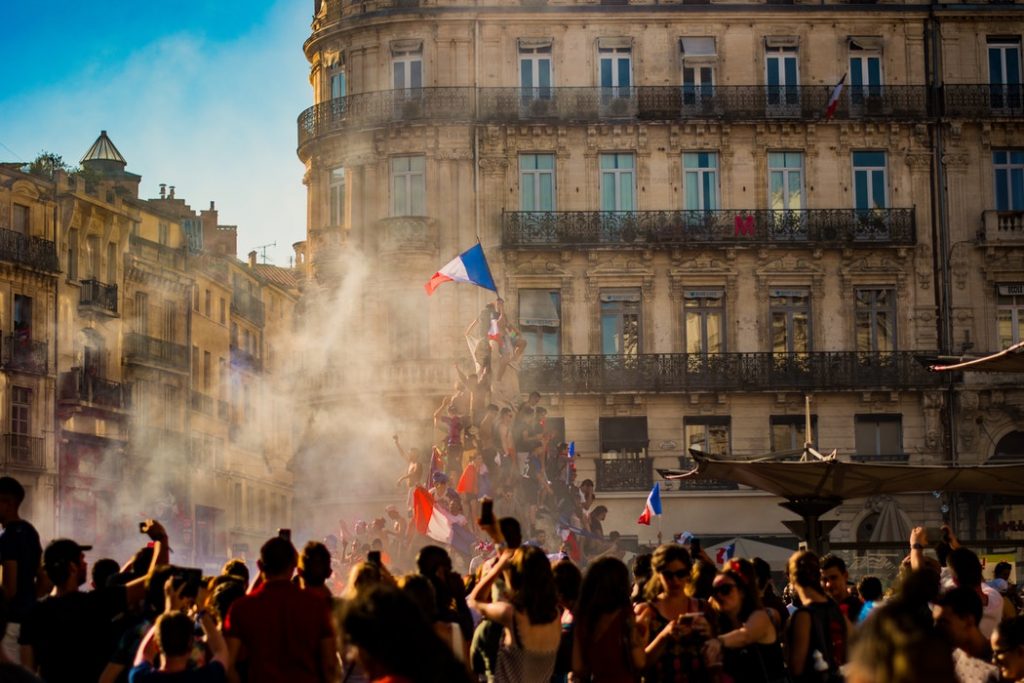 For the majority of my adult life, the word “socialism” connoted something akin to the N-word or F-bomb.

Because socialism is a bad thing, just like the other two.

So why is socialism being revived in the United States in 2018? And what should we think about our “Summer of Socialism?”

In 1974 I visited for the first time the largest socialist nation in the world–one that included the word in its name: The Union of Soviet Socialist Republics (USSR).

I found the USSR poor (by U.S. standards), snoopy (police followed you everywhere), oppressive (I was almost jailed for speaking at an open-air meeting), and closed to basic freedoms (they confiscated my copy of Newsweek magazine at the border because its contents were “anti-Soviet.”)

This socialist utopia collapsed in 1989 and devolved into Russia.

I also remember visiting this same socialist paradise in 1980. After a week of being followed everywhere and being forced to stay in In-Tourist hotels, our plane left Soviet air space to the spontaneous applause of all on board. Everyone could sense in that moment we were leaving slavery for freedom.

Yet, in the past few months the word socialism has leapt back into the American political dialogue as if it portends a desirable future.

Bernie Sanders gave socialism status during the 2016 presidential campaign because the “Bern” is a committed socialist who, in 1988, honeymooned with wife, Jane, in Yarosavl, a Soviet city 160 miles north of Moscow. He has visited numerous socialist/communist nations during his tenure as U.S. senator from Vermont, lauding their strengths.

Sanders drew large crowds of young people during his campaign while touting the exploits of social justice and socialism. Were those adoring masses ignorant, deceived, evil or all of the above?

We’ll answer that question in a moment.

Maybe Pocahontas show go back to business school (with an honest resume).

Then there’s the recent darling of the millennial socialist bandwagon, Alexandria Ocasio-Cortez, who became a household name overnight (though it’s a mouthful) by espousing socialism during her primary upset of a sitting New York Congressman.

She earned an economics degree from Boston University in 2011 but seems to know nothing about economics.

The socialist trumpet has blared all summer as a prelude to the mid-term elections and the presidential contest in 2020. Many other politicians appear to be coming out of the woodwork to blow the socialist horn.

An interesting survey came out this week to which the Democratic Party better pay close attention.  Titled “One Data Point That Should Make Democrats Nervous,”  reporter Chris Cillizza of CNN politics explains:

“That’s the first time in the last decade of Gallup data — they’ve asked the question a total of four times — that socialism has passed capitalism in the eyes of Democrats. (Republicans are less sanguine about socialism, with just 16% holding a positive view of it while 71% have a favorable opinion of capitalism.)”

At least the Republicans, for all their warts and faults, remain rooted to free enterprise/capitalism by even bigger numbers. What a gulf between the major parties, one of whom will guide the affairs of this nation in the coming years.

So, what’s wrong with socialism? Why should we fear and reject it at every turn? The answer is pretty simple.

Though most dictionaries can’t give a clear definition of what socialism entails, it’s a word that belongs in a list of God-denying political/economic philosophies centered on government controlling the lives of people. That infamous grouping includes:

Socialism is the mild or transitional version of the above that always leads to a loss of human rights, freedom, wealth, prosperity and religious tolerance. Simply put, socialists want to change the social order through government taking control of peoples’ lives.

Socialists want everything “under” the State, not “under God.”

But wait a minute. Doesn’t socialism work well in places like Scandinavia? (Right now this is the sole defense of the socialist crowd.)

As Julia Howe and Anthony Kim point out:

” [The New Socialists] prefer to cite Norway, Sweden, and Denmark as examples of socialist success. There are, however, several key problems with that.”

“First, these countries are not technically socialist. By the YDSA’s definition, socialism entails a centrally planned economy with nationalized means of production. Although these countries have high income taxes and provide generous social programs, they remain prosperous because of their free-market economies.”

“Denmark ranks as the 10th most economically free country in The Heritage Foundation’s Index of Economic Freedom, which cites free-market policies and regulatory efficiency as reasons for the high standard of living. Sweden is ranked 15th and Norway 23rd, both with similar descriptions of thriving private sectors and open markets.”

“These three countries are clearly not operating under centrally planned economies, or their economic freedom scores would be significantly lower.”

“Second, the success of these countries is clearly based on a capitalist foundation, and it predates the expansion of social programs. Sweden, for example, became a wealthy country in the mid-20th century under a capitalist system with low tax rates.”

“Social programs and high tax rates were not implemented until the 1970’s, which caused the economy to significantly under-perform and unemployment to rise.”

“In recent years, Sweden has been privatizing socialized sectors, such as education and health care, cutting tax rates, and making welfare less generous. Even though tax rates and government spending remains comparatively high, open-market policies generate the revenue to support the spending.”

“Finally, these countries are largely homogeneous and have a culture that is conducive to a large welfare state. Scandinavians are described as hardworking citizens with extremely high levels of social trust and cohesion.”

“By contrast, America is a much larger country with lower levels of social trust, and therefore, a comparison is difficult to assess. Norway, Denmark, and Sweden are not democratic socialist countries that the U.S. can be accurately compared with, and could be better described as ‘compassionate capitalists.’”

“As such, the ‘democratic socialists’—as they define socialism—are left with no successful examples of their vision, only disastrous ones.”

To what disastrous socialist models do Howe and Kim refer?

Why would any people want to become like them?

Socialism doesn’t work because it stifles freedom and innovation, which lower costs and create prosperity

Are today’s socialists simply ignorant of this truth? Have they been deceived by those who despise Judeo-Christian civilization and its blessings? And/or do they actually possess evil intentions?

I believe many politicians and their followers are abysmally ignorant about socialism, either willfully or due to poor education. We need to enlighten them and re-capture the schools and universities in our nation.

Willful ignorance involves deception from the demonic world. Many people fall in this category as well. Fallen angels and their human proxies want to turn people away from God and enslave them in god-like states–insulating them from salvation and the blessings of the Gospel.

And a few are evil. Hitler, Stalin, and Mao come to mind.

In the end, it really doesn’t matter. All of these conditions can bring down free peoples and constitutional republics.

We must reject the false hype of socialism.

Posted in Culture, Economics, General, Worldview and tagged Alexandria Ocasio-Cortez, Bernie Sanders, Elizabeth Warren, Socialism
← Why I’m a LiberalWe’re All on a Mission →