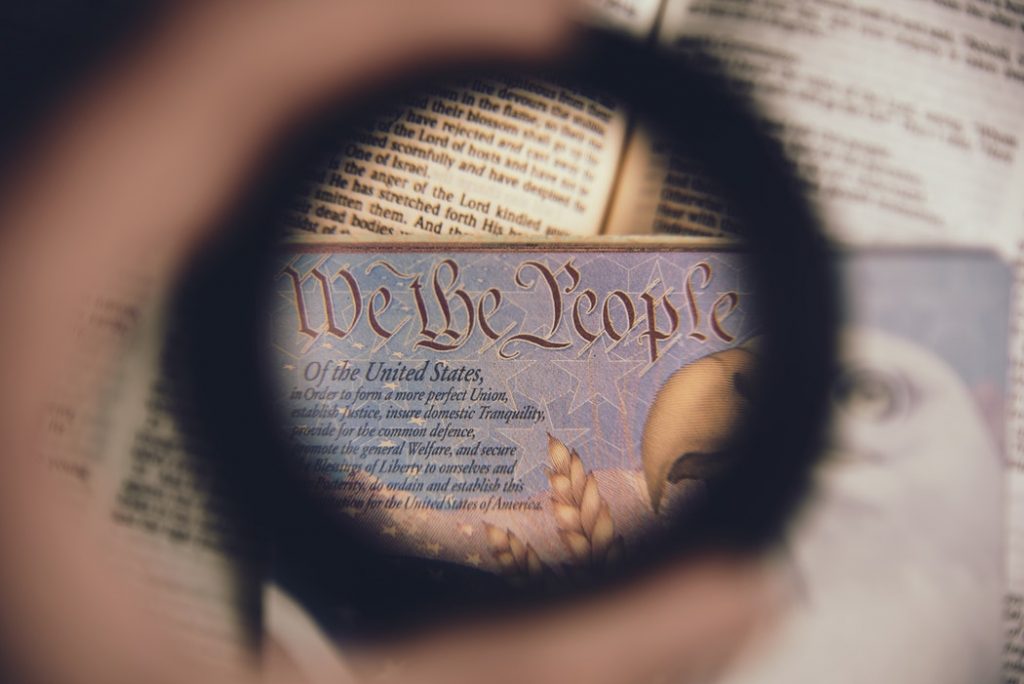 It’s amazing how words change over time. A good example is the word “liberal” which many of my readers will view with caution, concern or disdain.

Most of my life I’ve considered myself a conservative, meaning that I’m committed to conserving or renewing biblical truths in my own life and nation. Why? Because God’s truth brings true freedom.

“To the Jews who had believed him, Jesus said, ‘If you hold to my teaching, you are really my disciples. Then you will know the truth, and the truth will set you free’” (John 8:31,32).

“Free” is the root meaning of the word “liberal.”

That’s why I’m a liberal. Here’s what I mean.

Let’s start with some definitions.  If you look up “liberal” in a modern Merriam-Webster Dictionary, you will find the following:

Next, let’s turn to my favorite dictionary, the original Webster’s 1828 version:

If I measure myself by this list (and I hope you do too), then I am liberal in having a free heart, generous with my time and assets, and not narrow but global in my views.  I teach at a faithful-to-God’s-Word liberal arts university. I try to be free and open in my thinking, live life large, and think high thoughts.

But the concept of liberalism has dangerously changed in our time from generosity and freedom (under God) to a stifling of God-given individual conscience and authoritarianism in government.

It can also mean licentious.

There’s nothing “free” about that.

One of my favorite political writers is Michael Barone, a senior analyst for the Washington Examiner, resident fellow at the American Enterprise Institute and longtime co-author of The Almanac of American Politics. He recently wrote an eye-opening article which is worth your time and study.

Here it is in its entirety.

Liberals Against Freedom of Conscience

“Why is it considered ‘liberal’ to compel others to say or fund things they don’t believe?”

“That’s a question raised by three Supreme Court decisions this year. And it’s a puzzling development for those of us old enough to remember when liberals championed free speech — even advocacy of sedition or sodomy — and conservatives wanted government to restrain or limit it.”

“The three cases dealt with quite different issues.”

“In National Institute of Family Life Advocates v. Becerra, a 5-4 majority of the court overturned a California statute that required anti-abortion crisis pregnancy centers to inform clients where they could obtain free or inexpensive abortions — something the centers regard as homicide.”

“The same 5-4 majority in a second case, Janus v. American Federation of State, County and Municipal Employees, reversed a 41-year-old precedent and ruled that public employees don’t have to pay unions fees that cover the cost of collective bargaining. Echoing a position taken by then-President Franklin Roosevelt in the 1930s, the court reasoned that collective bargaining with a public employer is inevitably a political matter, and that forcing employees to finance it is compelling them to subsidize political speech with which they disagree.”

“In the third case, Masterpiece Cakeshop Ltd. v. Colorado Civil Rights Commission, the court avoided a direct decision on whether a baker, whose Christian belief opposed same-sex marriage, could refuse to design a custom wedding cake for a same-sex couple, contrary to a state law that bars discrimination against gays. Seven justices ruled that the commission showed an impermissible animus against religion, but the four liberal justices endorsed a separate opinion indicating they’d rule against the baker otherwise.”

“Rational arguments can be made for the dissenters’ positions. In Becerra, they argued that the law simply prevented misleading advertising; in Janus, they argued that union members should pay for services rendered; in Masterpiece Bakery, they argued that selling a cake is a routine service, not a form of expression. You may not agree, but you can see why others might make these arguments.”

“But are they ‘liberal’? That word comes from a Latin root that means ‘free.'”

“And ‘free’ is the keyword in the First Amendment to the Constitution, which bars Congress from passing laws ‘prohibiting the free exercise’ of religion or ‘abridging the freedom of speech or of the press.'”

“The Supreme Court First Amendment jurisprudence got its start almost exactly 100 years ago, in cases challenging laws passed by a Democratic Congress and endorsed by a Democratic administration, prohibiting opposition to the government and, specifically, American participation in World War I.”

“The justices hesitated to block such prosecutions, but those considered ‘liberal’ — Republican appointee Justice Oliver Wendell Holmes and Democratic appointee Justice Louis Brandeis — were most likely to look askance. The American Civil Liberties Union was founded in 1920 to defend the free speech rights of everyone, even vile extremists.”

“Unhappily, the ACLU today subordinates free speech to other values, like defending the sensibilities of certain students on campuses. And other liberals have been moving in the same direction. It’s less important for them that people say what they think and more important that they say what the government requires.”

“In his Bagehot blog, the Economist’s Adrian Wooldridge describes the process. Historically, he says, liberals understood that conflict was inevitable and tried to foster freedom based on their distrust of power, faith in progress and belief in civic respect.”

“But today, Wooldridge writes, ‘liberalism as a philosophy has been captured by a technocratic-managerial-cosmopolitan elite.’ They have moved from making ‘a critique of the existing power structure’ to becoming ‘one of the most powerful elites in history.'”

In response, we see ‘a revolt of the provinces against the city’: Brexit, Donald Trump. In counter-response, as Niall Ferguson puts it in a column for The Times of London, ‘liberals’ are increasingly authoritarian.'”

“Like the ‘liberal’ Supreme Court justices, who don’t see a constitutional problem with compelling crisis pregnancy centers to send messages they find repugnant, or requiring union members to subsidize political speech they disagree with, or forcing people to participate in ceremonies prohibited by their religion.”

“In the process, they are providing support for Friedrich Hayek’s argument in ‘The Road to Serfdom’ that moving toward socialism means moving toward authoritarianism. And they seem to not have noticed Yale Law Professor Stephen Carter’s observation, as quoted in The Atlantic, that ‘every law is violent’ because ‘Behind every exercise of law stands the sheriff.'”

“Carter calls for ‘a degree of humility’ in passing and enforcing laws that compel speech against conscience — something today’s ‘liberals’ seem to have forgotten.”

Barone is right that liberalism has lost its moorings. It was once tied to the rock of God’s unshakable principles that celebrate freedom of conscience, generosity, and true liberty. Today, it has become an elite tool for censorship, socialism and even totalitarianism.

A recent poll on American citizens’ knowledge of First Amendment freedoms showed an abysmal ignorance of the subject.  We are ripe for tyranny in the USA because we no longer cherish freedom (the original intent of liberalism).

Before I share the results, you might want to examine the state of your own knowledge (or ignorance). Name the five freedoms found in the First Amendment. What are they?

(It may be embarrassing, but here are the right answers: Freedom of religion, freedom of speech, freedom of the press, freedom of peaceful assembly, and freedom to petition the government about grievances.)

If you’re not historically liberal (loving and fighting for freedom), then you’re highly susceptible for revolution and dictators.

Reject the false liberalism of our day. Embrace the true liberality found in the character and ways of God.

Be a true liberal. who freely conserves and promotes the truth.