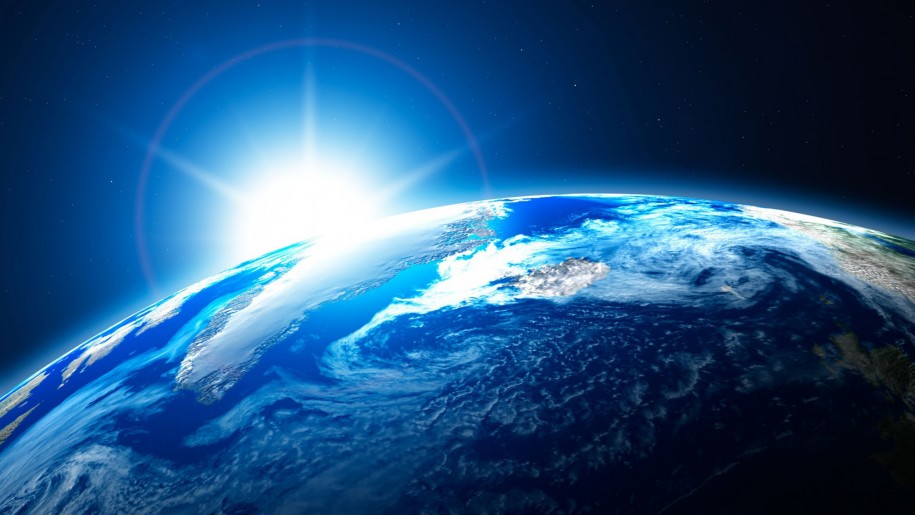 My View of the World

Two of my favorite writers have already posted their thoughts.

Dennis Prager believes that “the left will make 2019 a dark year.” When he says “left,” he means secular progressives who want to bring down the current sitting United States president.

Gary Randall of the Faith & Freedom postulates that 2019 will be “The Year of Light and Darkness.” That’s always true in human affairs but he rightly points that “truth and deception will widen and deepen” in a way that is beyond the ordinary.

I agree that the war between good and evil will be magnified in 2019 due global media saturation, the morally decaying Western World, and our 21st century place in human history.

Call it the “Clash of the Titans” or the  “Titan Games” (a television coincidence?). But, in the midst of all the lies and struggles, I also see the global Church filling the world with light.

It hardly seems possible that one political party in America and maybe 40-45% of the population believe we don’t need a wall (or impenetrable structure/technology) to protect our national sovereignty and restrict the flow of drugs and criminals.

Border security was common sense a few years ago–the same reason we all have locks on our doors and fences around our properties.

A friend of mine pointed out recently that Heaven has a wall and strict immigration policies, while Hell has open borders.

So, whose idea is it to destroy the American nation through lax border enforcement and paid-for migrant caravans?

The Deep State Push for One World Governance

I had never heard the term “deep state” five years ago but now we see it everywhere. A Hillary Clinton victory in 2016 would have given the U.S. political establishment carte blanche power to merge America into a new world order.

Donald Trump popped that balloon and sent the rats scurrying (and trying to impeach him).

We live in the first epoch of history where total world governance is possible–not just Babylonian, Chinese, Roman, or Mongol rule of certain regions. Today’s development of human civilization and technology uniquely opens the possibility of a one world government the Bible foretells (Revelation 13).

Gary Randall shares: “Globalism, as it is being presented by world leaders today, is a duplicate of the biblically described agenda of the Antichrist in Revelation. And it parallels the failed idea of Nimrod in Genesis.”

Pastor Wallace Henly says, “The Kingdom of the Lord Jesus Christ is the highest form of civilization. The anti-civilization represented by anti-Christ is the exact opposite of that.”

This is the second largest war being fought.

Are Democrats the New Fascists?

I dislike this association but the evidence is overwhelming. The party that once championed  the “little guy” has become, in a very short time, the party of liberal fascism, political correctness.  denial of free speech, mass slaughter of human beings (abortion), fake news, moral debauchery and anti-faith discrimination.

Read the Democratic platform. How could you not label these ideas and strategies as fascistic? How could anyone who is a committed follower of Jesus Christ vote for or support a party that is nearly 100% anti-Christ in its positions and policies?

Was Brett Kavanaugh a Mistake?

Recently, new Supreme Court Justice Brett Kavanaugh voted with the liberal wing of the United States Supreme Court by declining to hear a Planned Parenthood defunding case. His choice rattled those who supported his nomination.

Planned Parenthood is to progressives what death camps were to Nazis–a prepared environment for killing innocent people (via abortion). Does SCOTUS now have two moderate/activist swing votes (Roberts and Kavanaugh) instead of a 5-4 strict constructionist court?

Beware, President Trump, if you get a third Supreme Court choice. Pick someone you know will follow the Constitution.

While the United States foolishly debates Russian meddling in our elections, the largest nation on earth–China–has ramped up persecution of Christians and other minorities while expanding its global influence.

We have friends being forced to leave China because of a harsh crackdown on faith. All the while, China multiplies water-based military bases in the Pacific and works feverishly to control global trade in many Majority World nations.

Keep your eyes and prayers on China–both for evil and for good.

The Ghost of John McCain

Just this week we leaned that long-time John McCain associate David Kramer was the person who leaked the dis-credited Clinton-campaign-financed dossier which set in motion the Russian election probe and prosecutor–under totally false pretenses.

Trump was wrong to put down the senator. McCain was petty to hurt his own nation due to pride. Rest in peace or rest in bitterness?

Keep Your Eye on Israel

Keep your eye on “God’s People” this year and every year. The return of the Jews to their homeland is one of the greatest miracles of history that testifies to God’s existence. There’s no other reasonable explanation.

Israel is a “sign” pointing to the Last Days and a deep desire in God’s redemptive plans–for “all Israel to be saved” (Rom.11:26).

Pray for those in the Holy Land. I will point out how the U.S. and Israel are similar in coming days.

Take a Crash Course in Socialism

Socialism was mentioned in my high school and college studies, but always with an asterisk as bad or un-American.

Not in 2019. A foolish and unthinking public elected more quasi socialists to Congress this past election including media darling Alexandria Ocasio-Cortez who desperately needs remedial training in Economics 101.

Socialism and freedom are opposites. As libertarian journalist John Stossel recently pointed out, even Sweden–lauded as a socialist utopia–is fleeing its clutches for one reason:

Dust off your free enterprise books and bone up. A “national exam” is coming.

The Bible and Science Agree on Gender

The American College of Pediatricians recently confirmed the obvious: Men are men and women are women. Thus, all the propaganda about gender dysphoria and choosing your sex is bunk. Even worse, allowing naive children to experiment with their gender and sexuality is child abuse.

What does science tell us? That maleness or femaleness exists in 98% of our cells. No amount of hormones or sex change operations can change that stubborn fact.

I guess God was right (Genesis 5:1,2). Will we listen to both reason and revelation?

Ending Bible Poverty is in 20/20 Sight

Loren Cunningham and Youth With A Mission, in concert with many other mission organizations, believe that the Bible can be translated into every mother tongue by Jesus’ Birthday (Christmas) 2020.

This year YWAM will be working with local believers to put a Bible in every home in the nation of Mongolia–at the request of the Mongolian president.

Give and pray to End Bible Poverty Now. The Scriptures in your own language is one of the greatest gifts you can ever receive.

The Call Becomes The Send

Lou Engle’s “The Call” (youth rallies for prayer and repentance) becomes “The Send” on February 23, 2019. Scores of thousands of young people will gather in Orlando, Florida to be commissioned to share the Good News of Jesus Christ.

In a world of increasing spiritual confusion and darkness, the greatest movement on earth is God calling sons and daughters to share their faith everywhere and complete the Great Commission.

Are you called?  Have you been sent? If not, then get to Orlando in February then GO to the ends of the earth.

Live in the Hope of Christ’s Return

We don’t know if this is the last generation. But we do know that there is eternal hope in Christ, and that in the midst of increasing darkness, His light is greater and is continues to grow.

I recently re-read Frank Peretti’s two spiritual warfare classics, This Present Darkness and Piercing the Darkness. They reminded me that: 1) We are not ultimately fighting people, but demons and principalities, and 2) Darkness is conquered by LIGHT–meaning prayer, godliness, sacrifice, faith, and sharing the message of Jesus.

Live in hope of Christ’s Kingdom and His certain return.

And pray your way through a turbulent and exciting 2019.