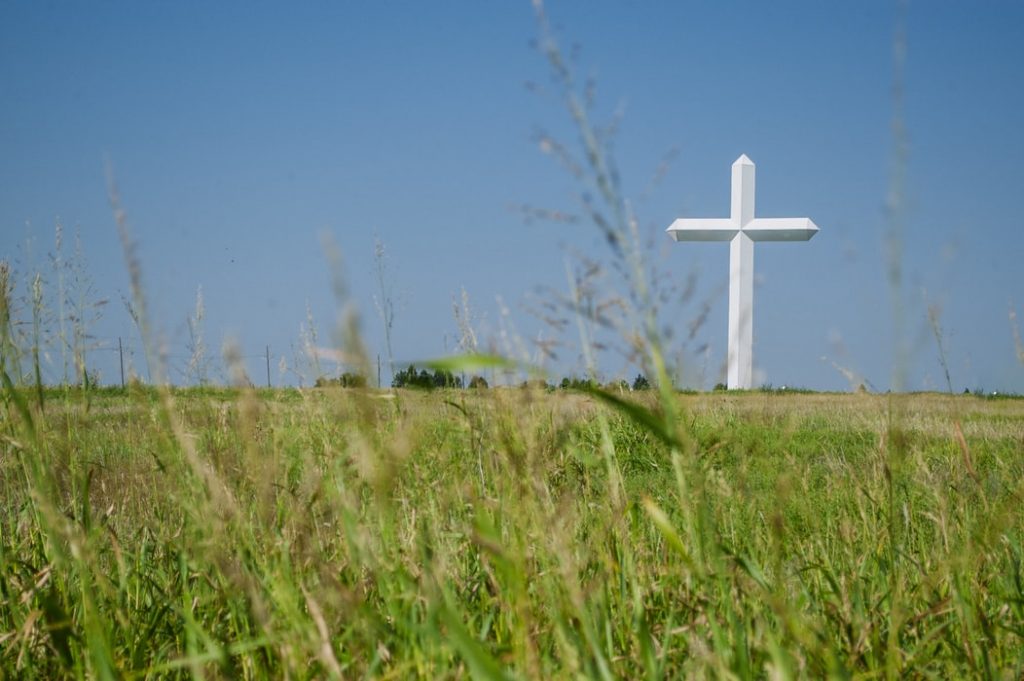 Though the pandemic still cripples the world and evil forces “take the masks off” to erase the biblical foundations of the USA, I am filled with hope.

There is a God in heaven, a praying Church on earth, and a window of opportunity for the greatest awakening in world history.

Here is my Rx for revival and possibly the glorious return of Jesus Christ.

What happened in Portland, Oregon on Friday makes it clear who we’re fighting. During the 87th straight day of organized rioting and cowardly leadership in the once beautiful “Rose City,” they started a fire. The insurrectionists (that’s what they really are) ignited many fires in various cities over the past few months.

For this one, they used Bibles as fuel. That’s says it all. We face a culture war–a demonically inspired assault–against God, His Word, principles, Church, history and all we hold dear in Western civilization.

As I mentioned previously, this battle is “All about God.” The radicals hate Him and his truths about life that helped formed our nation.

This fight is not primarily about civil rights, Black Lives Matter, or any other cause. It’s about destroying a faith-based culture and replacing it with a socialist or communist one.

We must rouse all concerned citizens and people of faith by the millions to defeat the tide of evil that is ravaging the blue-state cities. The promise:

“When the enemy shall come in like a flood, the Spirit of the Lord shall lift up a standard against him” (Isaiah 59:19).

Here are some marching orders–both short and long term–as seen through the prism of the leadership spheres of society. Regardless or your age and station in life, we all must act as God leads us.

Use the Covid restrictions to tighten bonds of love, commitment, prayer and togetherness in your own extended family. Pray for families–especially for the renewal of God-ordained marriage and two-parent homes in the African American community which is a main cause of poverty and crime.

Love and have children more than pets. A glorious family reunion awaits you in eternity (Heaven)–achieved through the grace of Jesus Christ.

Abraham Lincoln warned that “the philosophy of the school room in one generation will be the philosophy of government in the next.” A major reason for the rise of socialist activists today is that we allowed the public schools to enshrine secularism and universities to be taught by Marxists.

Let’s change that reality with a resurgence of home-schooling, limit the power of the teachers’ unions, encourage freedom-loving college graduates to “leaven” higher education, and support the coming educational revolution of “little pod platoons.”

“Parents have a chance to reevaluate their child’s schooling options right now. If district schools remain largely closed to in-person learning this fall, this is likely just the beginning of the pod movement, which has been likened to a 2020, high-tech version of the one-room schoolhouse. With adjustments to policy, they could portend a renaissance of the community provision and parent direction of education.”

Truth is power and must be fueled by godly education.

If you’ve not already done so, cancel subscriptions to poor sources of information (newspapers, magazines, web services etc.). You must get your news from people of faith and traditional values. Otherwise, you could be led astray by the blaring propaganda of fear, bitterness and fake news that  dominates much of the airwaves.

Intercede for a new national news corporation to be raised up (network or cable) to bring the truth into our homes, phones and tablets. Some well-positioned people are considering it. We also need a faith-based version of Twitter (how about “Glory-Tweets” or “Glitter” to fill the world with blessing and encouragement (not hate and venom).

It’s time to turn off the NBA, MLB, and NFL until they stop pandering to the social justice activists. Wealthy athletes may think they’re supporting a good slogan that “Black Lives Matter.” But they’ve actually advancing Black Lives Marxists by their disrespect for our flag and those who died for their freedom.

Time to become hockey fans. (In the NHL, they all stood for the national anthem.) And watch the Hallmark Channel (where they still sing Christmas carols) and other edifying forms of entertainment.

The main way to defeat the “Cancel Culture” is to humbly resist it by supporting those it targets. Whenever you see the opposition trying to put a good enterprise out of business, go out of your way to support the group under siege.

“Cancel culture is a direct assault on the construct of forgiveness. It seeks not to fix, but to destroy. It’s the poisonous pill that fatally blocks a prescriptive cure for human weaknesses. It diametrically opposes forgiveness, an age-old virtue central not only to the Christian faith, but even to our nation’s founding.”

The most consequential election of our lifetime takes place in November. No hyperbole. Bill O’Reilly said last week that for the first time in his life, he could not vote for a single Democrat this fall because of the radical leftward tilt of the party. (Join his “Stand Up for Your Country” campaign.)

A vote for Donald Trump and good politicians at all levels will slow the socialist freight train and buy some time for cultural renewal and rebuilding.

Support the police and the military who protect our precious freedoms. Take them donuts and coffee and pray for their protection. Defunding police is “Supporting Hell on Earth.” We can curb police brutality and improve our arrest methods–while using needed bail laws and just sentences to keep criminals off the street.

Jesus calls His people to be the “salt of the earth and the light of the world” (Matthew 5:14,15). God’s people are the key to the destiny of a nation, world evangelism, and peace on earth (as much as is possible in a fallen world).

When we turn up the light, darkness fades.

Let’s repent daily over the sins of a falling nation.  Then commit to participate in a firewall of prayer (at least one-hour a week) to guard and protect our nation from both internal and external threats. You can also join many current prayer and evangelism movements to bring transformation (90 Days of Hope, Pray on MLK, National Prayer Assembly, and The Return (either in D.C. or host a gathering in your area).

The coming months may see the biggest tidal wave of prayer in history.

We must also mobilize the Church. In the insurrectionist-targeted cities it’s time for God’s people to march or gather in the streets to counteract the evil influences. We must overcome evil with good. Churches in the suburbs should partner with inner city congregations to protect and rebuild neighborhoods–block by block. If the enemy brings thousands, we must bring millions–for the glory of God.

Pastors–it’s time to lead. Che Ahn, pastor of Harvest Rock Church in Los Angeles, who is suing the state of California for the right to gather says, “As a pastor, I believe we’ve been essential for 2,000 years.”

Finally, if we’re living in the last days, then both the wheat (revival) will grow alongside the weeds (tyranny). Then the glorious return of Jesus Christ becomes our blessed hope (Titus 2:13,14) along with God’s triumphant shout out to His overcoming saints:

Let’s live in hope and be deeply committed to overcoming evil with good (Romans 12:1-21).