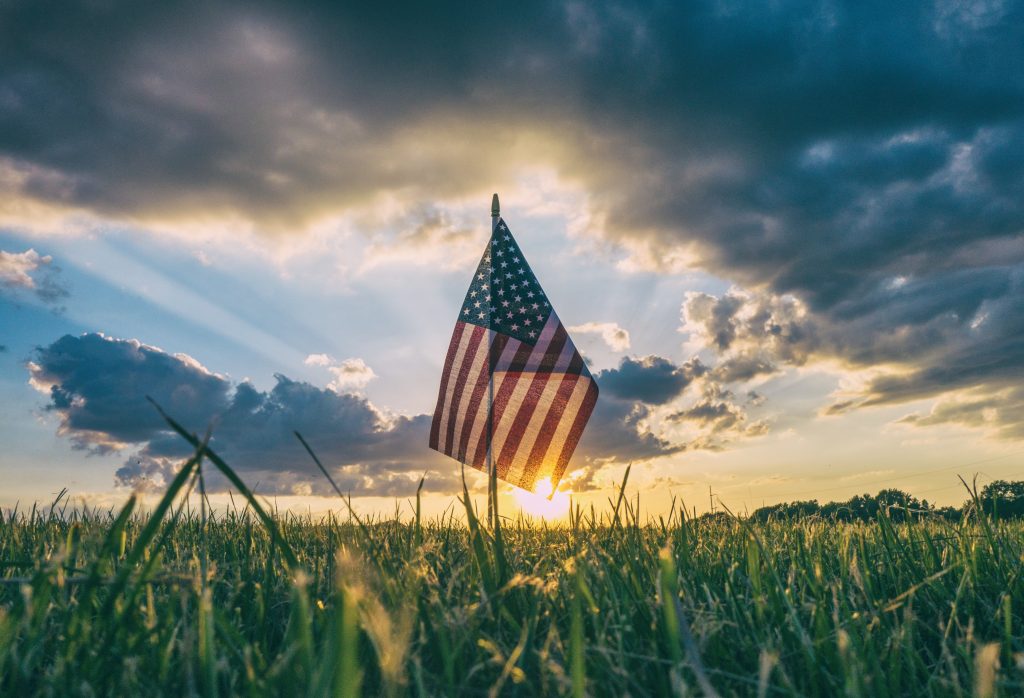 I love the United States of America. On July 4, 2021, we will celebrate the “Glorious Revolution” that brought 245 years of the world’s richest “experiment in liberty.”

One historian calls the creation of the USA the “five thousand year leap” from authoritarian rulers of all cultures and types (with a few brief exceptions) to an immense nation “of the people, by the people and for the people.”

There is no parallel in history–except ancient Israel. But they squandered their freedom, became slaves to self interest, were conquered, and scattered–until a sovereign rebirth in 1948.

Here’s a great question of the 2020’s: Does America have enough faith to remain free?

Does America Have Enough Faith to Remain Free?

True freedom is the result of right living–giving God His proper place in your life and loving your neighbor as yourself. Most human beings don’t come close to that high bar due to selfish tendencies and choices the Bible calls sin. That allows tyrants  to arise to dominate the landscape and keep the peace among selfish human beings.

God’s remedy for sin was the death of Jesus Christ on the Cross to reconcile us to God and then fill us with His Spirit to live a life of liberty and meaning.

People become “free” when they put their faith in Jesus. And when enough of them live by this loving-God-and-people-motif, then whole nations experience the blessings of freedom. They become a “righteous nation”–never perfect in a fallen world–but strong enough to maintain liberty.

If you abide in my word then you are truly my disciples and you will know the truth, and the truth will set you free (John 8:32).

Liberty starts in a human life when they are set free from the power and penalty of sin through faith in Jesus Christ. Being “born again” is a description of the spiritual freedom that comes through submission to God and casting off  “self” (starting over in your life motivations). It is the first step in human liberation.

The second is moral freedom which is the result of Christ’s work in our hearts. When we are reconciled to God, the Holy Spirit empowers us to make good moral choices and become the kind of person we rarely aspire to in a self-centered, unredeemed state. Faith births morality in free peoples.

Moral freedom leads to economic freedom and prosperity, including increased creativity and a strong personal work ethic. It is faith, morality, and hard work that changed America from a mediocre group of colonies into an economic powerhouse in the 20st century. Prosperity is primarily a fruit of faithful, moral character. This was the secret to American greatness in past generations.

Finally, economic liberty leads to national security, which is military freedom. It was America’s rebirth of faith, morality, and economic vitality in the 1980s that defeated the Soviet Union and caused the fall of communism on a global scale. It is “right that makes might” as Abraham Lincoln once reminded us.

I am concerned for my nation in all of these areas–faith, morality, economics, and national security. Freedom in our nation is in jeopardy–and it may not take much to fall off a cliff.

Because, according to Gallup, the number of Americans who belong to a house of worship dropped below fifty percent for the first time since polling began:

Americans’ membership in houses of worship continued to decline last year, dropping below 50% for the first time in Gallup’s eight-decade trend, the polling group discovered. In 2020, 47% of Americans said they belonged to a church, synagogue or mosque, down from 50% in 2018 and 70% in 1999.

The decline in church membership is primarily a function of the increasing number of Americans who express no religious preference, Gallup notes in its report. Over the past two decades, the percentage of Americans who do not identify with any religion has grown from 8% in 1998-2000 to 13% in 2008-2010 and 21% over the past three years.

Gallup attributed the declining churchgoing statistic to the rising number of Americans who identify as religiously unaffiliated, noting that less than half have a formal membership with a specific house of worship.

Gallup also predicted the declining numbers of the formally religious will continue, given the trends among younger Americans:

While it is possible that part of the decline seen in 2020 was temporary and related to the coronavirus pandemic, continued decline in future decades seems inevitable, given the much lower levels of religiosity and church membership among younger versus older generations of adults, they said.

According to the poll, 31% of millennials are religiously unaffiliated, up from 22% just 10 years ago. Among Generation Z that have become adults, 33% have no religious preference.

The decline in church membership, then, appears largely tied to population change, with those in older generations who were likely to be church members being replaced in the U.S. adult population with people in younger generations who are less likely to belong. The change has become increasingly apparent in recent decades because millennials and Gen Z are further apart from traditionalists in their church membership rates (about 30 points lower) than baby boomers and Generation X are (eight and 16 points, respectively). Also, each year the younger generations are making up an increasingly larger part of the entire U.S. adult population.

Church membership has declined even among the older generations, however. The study observed that each generation has seen a decline in church membership among those who do affiliate with a specific religion. These declines have ranged between six and eight points over the past two decades for traditionalists, baby boomers and Generation X who identify with a religious faith.

Gallup also touched on the rate at which churches are closing, writing:

While precise numbers of church closures are elusive, a conservative estimate is that thousands of U.S. churches are closing each year.

On the positive side, an Easter season Rasmussen poll of 1000 Americans adults finds that 72% of Americans still believe Jesus Christ is the Son of God who came to Earth to die for our sins. Only 17% don’t believe that to be true. And the United States “remains a religious nation, with more than seven in ten affiliating with some type of organized religion.”

I never fully supported the “America First” slogan of the past administration though I understand its meaning and importance. Government policies should benefit and protect its own citizens first because that is the role of civil government. Donald Trump was right to point out that some American politicians were putting other nations/global government and illegal aliens before their own people.

The same is true of families. I need to put my wife and children first before I care for and protect others. They are my first priority, and the Bible says that I am worse than a non-believer if I don’t make them my top concern (1 Timothy 5:8).

But the greater need in our nation is not America First–it is America Faith. Without a rebirth of trust in God bringing morality and freedom, our days as a nation are numbered.

We must pray for a heaven-sent revival in the Church which spills over into the society. We must commit to aggressive evangelism among the “nones” who desperately need a Savior. And we must focus like a laser on making disciples of those who come to Jesus.

Freedom comes from faith–not being first. And when enough people renew the covenant of “In God We Trust,” first becomes a humble byproduct.