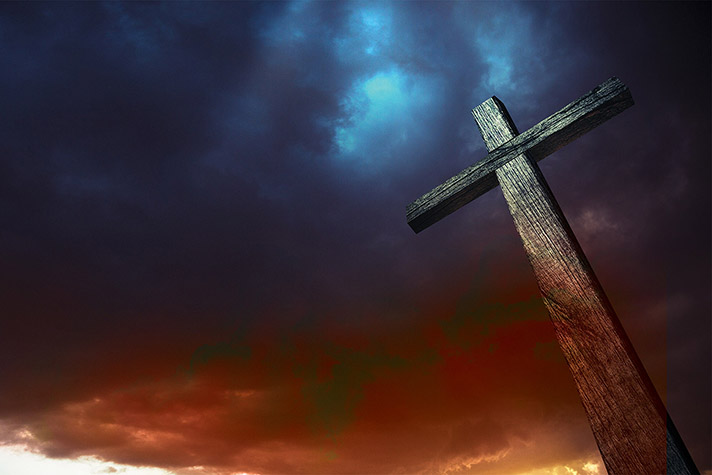 Often people ask me how I choose my weekly topics. It’s pretty simple.

I do my best to try to keep up on world events (lots of reading) and then pray for and over people and issues. The intercession times usually lead to thoughts and themes I write down and commit to share. I usually have ten-to-fifteen different subjects percolating at a time.

Today’s topic is one I’ve been chewing on for awhile that became confirmed  this week.

For most of my life I felt called to be a “Jeremiah”–to warn America and the Western World to repent of the sins of a falling nation. The goal was to wake up the Church and promote spiritual awakening–the single greatest need of our time and every human generation.

Recently, God encouraged me to have the heart of Isaiah–bringing a balanced message of God’s justice and hope. I now consciously try to alternate between those themes because we desperately need encouragement from heaven–along with the hard truth.

Before we turn to the wonders of Christmas, I must share the essence of the spirit now being unleashed in the United States. It is nothing less than a spirit of destruction. There may even be a demonic force behind it who goes by that name.

I have written extensively on the new American axis of evil that is working to tear down our nation. It includes the corporate secular media, Hollywood and university elites, and the secular progressive Democratic Party. These three entities are working in powerful collusion to try and destroy every vestige of Judeo-Christian culture and principles in our nation.

Consciously or unconsciously, they act as militant atheists who want to annihilate faith-based America, including the destruction of:

We live in a time of open destruction of a civilization because the Church is asleep and disengaged. We have “turned out the lights” and axis of evil is filling the void.

One of my favorite thinkers, Dennis Prager, delivered a message this week about this destructive spirit. In his piece, he calls the militant atheists “the Left” and focuses on young adults who voted 28% more for Democrats in the recent elections–muting a red wave. Prager warns:

It seems that young Americans voted for the people who are ruining their lives.

It is the Left that is primarily responsible for the unprecedented levels of depression and despair among young people.

The Left frightens young people about their future—through its hysteria over global warming—in a way that no group ever before frightened young Americans.

The Left has destroyed the healthiest beliefs in a citizen’s life—especially in the life of a young citizen: belief in God and belief in one’s country. God, religion, patriotism, and the national flag have all become objects of mockery.

The Left lies to them about everything—from nonbinary genders to the founding of America to the extent of white racism in the country to opponents of the Left being fascists.

The Left works feverishly to prematurely sexualize children by talking about sex and the nihilistic falsehood of sex being “nonbinary” to children beginning in kindergarten.

The Left encourages taking children as young as 5 years old to observe and participate in “Drag Queen Story Hours” featuring men dressed as women reading and dancing for them, often in a sexualized manner, and then having some of the children do the same.

The Left works feverishly to diminish the authority and stature of parents, the most important people in a young person’s life.

The Left has created the unprecedented explosion—not only in America, but in recorded history—of young people who think they are really a member of the opposite sex.

The Left corrupts young people’s ability to think clearly by suppressing commonsense dissent. Everyone knows it is grossly unfair for a man to compete in women’s sports. But if a man says he is a woman, we are supposed to believe it and to assert that it becomes fair. And any girl or woman who says it is unfair is threatened with expulsion from her team, the end of her chances for a sports scholarship to college and social ostracization.

Yet, they vote for their destroyers.

And why do they vote for them: Ignorance through deception.

Hosea 4:6 – “My people are destroyed for lack of knowledge.” And Obadiah 1:3: “The pride of your heart has deceived you.”

That’s where we are in America today.

Behind all this ignorance and deception is the Devil/Lucifer, and his demon hordes.

One commentator on the book of Revelation explains:

I believe there is no doubt that the destroyer refers to Satan. Satan is the ruler who has fallen to earth. Revelation 12:7-9 confirm the meaning of this image. Further, the Qumran community spoke of Abaddon fifteen times in their writings.  Abaddon is spoken of with Sheol (the place of the dead in Hebrew) and is tied to Belial. Belial is the name the Qumran community used to refer to Satan (cf. 1QM 15:18; 18:17).

Even the apostle Paul used the name Belial to refer to Satan and a fellowship with darkness. What accord has Christ with Belial? Or what portion does a believer share with an unbeliever? (2 Corinthians 6:15 ESV)

I think you get the picture. Either Satan himself is the main player over American destruction or another demonic being–Destroyer–is doing his bidding.

But there One much greater that Revelation also describes.

Revelation 11:15-18: “The seventh angel sounded his trumpet, and there were loud voices in heaven, which said: “The kingdom of the world has become the kingdom of our Lord and of his Messiah, and he will reign for ever and ever.”

And the twenty-four elders, who were seated on their thrones before God, fell on their faces and worshiped God,  saying: “We give thanks to you, Lord God Almighty, the One who is and who was, because you have taken your great power and have begun to reign. The nations were angry, and your wrath has come. The time has come for judging the dead, and for rewarding your servants the prophets and your people who revere your name, both great and small—and for destroying those who destroy the earth” (emphasis mine).

We are engaged in the greatest battle of our lives. Pride, deception, ignorance and destruction are rising.

But there remains a Redeemer–King Jesus–who will destroy the destroyers–either generationally through revival in the Church or ultimately through his Glorious Return.

Keep your eyes on Him.