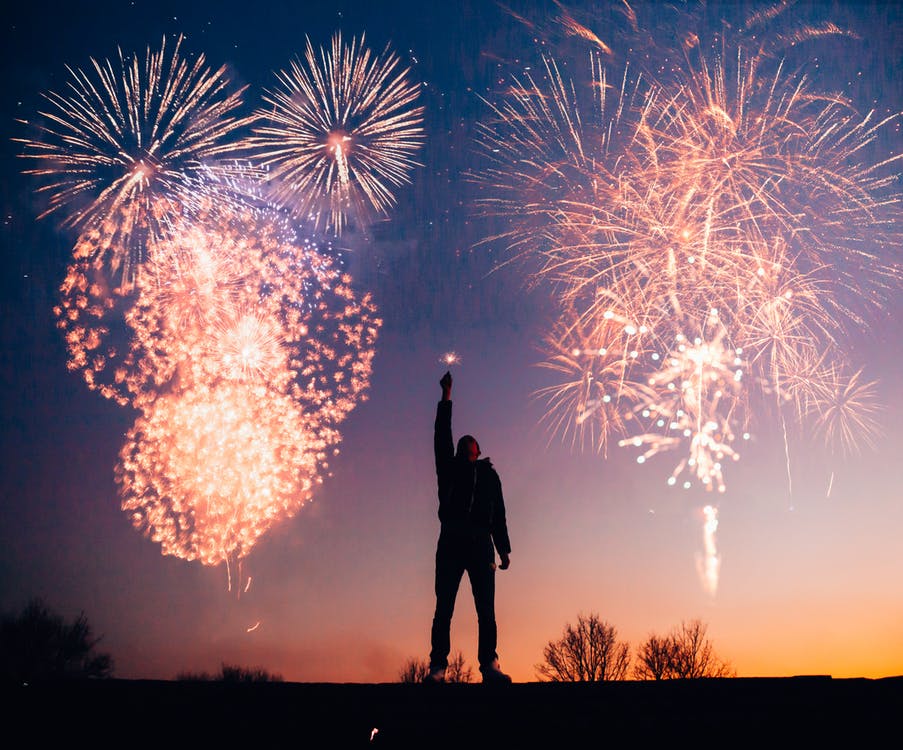 A vast array of words have been written during the 6,000 years of recorded history. Most are of little value–and for thousands of years, contained primarily the exploits of ego-centric kings.

Other works have inspired civilizations or offered valuable instruction or amusement.

But three stand out above all: The Bible, the Declaration of Independence, and the United States Constitution.

Let’s celebrate them this 4th of July week.

I can only think of a few other writings worthy of consideration. The Magna Carta helped direct Western Civilization. Adam Smith’s The Wealth of Nations is partly responsible for the alleviation of poverty in the past century. Then there are the writings of John Locke, the Hippocratic Oath, and even the exceptional prose of Shakespeare.

But the Bible, the Declaration of Independence (which we celebrate today), and the United States Constitution tower above them. The Bible brings us moral order and salvation. The Declaration applies those truths to God-given human rights and liberty. And the Constitution is the wisest form of civil polity ever conceived for democratic republics–and the longest running.

No book on earth compares to the Bible–the inspired Word of God. We call this written word, Scripture (sacred writings), or the Bible (the books), which houses the Old and New Testaments. It contains an amazingly specific revelation of God.

There are many religious texts in the world. But the Bible stands above the others as absolutely unique:

But the Bible makes the most unique contribution of all history in the New Testament by telling us how God came to earth in the Person of Jesus Christ to reveal his heart and to redeem human beings from their sin. The most known verse of the world’s most known book says, “For God so loved the world that he gave his one and only Son, that whoever believes in him shall not perish but have eternal life” (John 3:16).

No greater revelation can be made than by coming in person.  Mariasusai Dhavamony reminds us, “God has left traces of himself and of his salvific plan in the other religious traditions. They have some insight into God, truth [and] spiritual riches but only partly rather than wholly. Hence Christ fulfills them and brings them to perfection.”

Francis Schaeffer agrees to the Bible’s importance in revealing God when he says, “Man can know both truth about God and truth about the things of creation because in the Bible God has revealed himself and has given man the key to understanding God’s world.”

God pursues human beings out of love. The Bible shares his story.

America’s founding fathers quoted more from the Bible than any other book in creating the American experiment in liberty. No Bible equals no Declaration or Constitution.

The Declaration of Independence

It is the vision statement of the “Glorious Revolution” laying out in great clarity the abuse of the British monarchy and law and the biblical principles of freedom.

I know the long list of usurpations by King George is tedious and dated. But they lay out the case for independence before a “candid world.” Read at least the timeless preamble on liberty:

“When in the Course of human events, it becomes necessary for one people to dissolve the political bands which have connected them with another, and to assume among the powers of the earth, the separate and equal station to which the Laws of Nature and of Nature’s God entitle them, a decent respect to the opinions of mankind requires that they should declare the causes which impel them to the separation.”

“We hold these truths to be self-evident, that all men are created equal, that they are endowed by their Creator with certain unalienable Rights, that among these are Life, Liberty and the pursuit of Happiness. That to secure these rights, Governments are instituted among Men, deriving their just powers from the consent of the governed. That whenever any Form of Government becomes destructive of these ends, it is the Right of the People to alter or to abolish it, and to institute new Government, laying its foundation on such principles and organizing its powers in such form, as to them shall seem most likely to effect their Safety and Happiness.”

“Prudence, indeed, will dictate that Governments long established should not be changed for light and transient causes; and accordingly all experience hath shewn, that mankind are more disposed to suffer, while evils are sufferable, than to right themselves by abolishing the forms to which they are accustomed. But when a long train of abuses and usurpations, pursuing invariably the same Object evinces a design to reduce them under absolute Despotism, it is their right, it is their duty, to throw off such Government, and to provide new Guards for their future security.”

“Such has been the patient sufferance of these Colonies; and such is now the necessity which constrains them to alter their former Systems of Government. The history of the present King of Great Britain is a history of repeated injuries and usurpations, all having in direct object the establishment of an absolute Tyranny over these States. To prove this, let Facts be submitted to a candid world.”

Stated in seven articles and twenty-seven amendments–based on the consent of the people.

“We the People of the United States, in Order to form a more perfect Union, establish Justice, insure domestic Tranquility, provide for the common defense, promote the general Welfare, and secure the Blessings of Liberty to ourselves and our Posterity, do ordain and establish this Constitution for the United States of America.”

If every nation on earth used the Bible as its moral/salvific compass, the Declaration of Independence as its primer on human liberty, and the U.S. Constitution as its basis for ordering society, we would have a much better world full of faith, freedom, and opportunity.

America is an exceptional nation because these three documents helped form us as a nation.

But we must vigilantly adhere to their wisdom. It was Benjamin Franklin who wisely warned:

“We’ve given you a  republic, Madame, if you can keep it.”

That is the challenge in every generation.

Do your part–and Happy Independence Day.