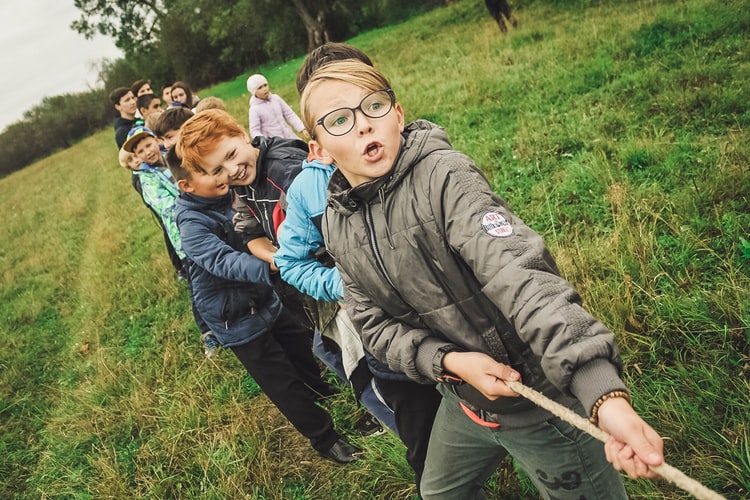 Today I launch a serious of blogs on American Revival Solutions. They all begin with God and a revival of truth and grace which is the power to change nations.

And revival is God’s finger pointed at me (and you).

Since I have worked with youth all my life, my heart goes out to students trapped in the current propaganda mills of government education.

This fall, post-Covid, we must flee the public schools.

The Bible tells followers of Jesus to flee idolatry. I’m grieved to say that might mean fleeing indoctrination in secular education to see it reformed from without–not within.

The Single Best Thing Americans Can Do to Retake America

The most frequent question people pose to me is: What can I/we do to fight back against the nihilistic anti-American destruction of virtually all the country’s major institutions?

There is an answer.

The single best thing Americans can do to counter the left-wing attack on America—against its freedoms, its schools, its families, its children, its governmental institutions, its sports, its news and entertainment media, its medical establishment, the CIA, the FBI, the State Department, and the military—is to take their children out of America’s schools.

Other than in STEM (science, technology, engineering, and math), the vast majority of America’s elementary schools, high schools, colleges, and universities teach your child or grandchild almost nothing important; prematurely sexualize them, thereby robbing them of their innocence; and harm them intellectually and morally.

They rarely teach them, for example, art or music because they are too busy teaching them race-centered hatred of whites, of America, and of America’s values. Sending your child(ren) to most American schools is playing Russian roulette with their values—but unlike the gun in Russian roulette, which has a bullet in only one of its six chambers, the schools’ guns hold four or five bullets.

Given that all this is well-known, why do any non-left—meaning, liberal or conservative—parents send their children to an American school?

One reason is they are in denial. Many parents do not want to know what their children are being taught and the consequent damage done to them. They don’t really believe school(s) will ruin their child, let alone their child’s relationship with them.

These parents should speak to any of the millions—yes, millions—of Americans whose children have contempt for America, for free speech, and for their parents as a result of attending an American college or even high school. I meet such people at every speech I give, and I speak to them regularly on my radio show. Ask these parents, if they could redo their lives, whether they would keep their child in school.

A second reason is they feel they have no choice. If they remove their child from the local public or private school (most private schools are just as committed to anti-American indoctrination over education as public schools), what will they do with their child? They often cannot find a local school that does not harm their child.

They cannot necessarily even rely on Christian or Jewish schools. Most of them are as “woke” as most secular schools. And if they do find a school that teaches rather than poisons, they may not be able to afford the tuition.

The only other option, then, is to homeschool one’s child. The problem is that many parents assume this is essentially impossible. For one thing, they assume that one of the parents would have to leave his or her work, which would mean a serious reduction in the family’s income. In addition, homeschooling strikes most people as simply too daunting a task, even if they could afford to take it on.

Neither fear is entirely justified. It is true that, at least at the outset, a working parent may have to cut back from full-time work, and it is true that no matter what the family’s financial condition, there are challenges to taking one’s children out of school and homeschooling them.

But given the low intellectual state of most American schools, the damage they do to young children’s innocence, and the anti-American, anti-white, anti-Western indoctrination in most schools, if you are a parent of school-age children, what is your choice?

Other than a) finding a good school that b) you can afford, you have no other choice. You are fooling yourself if you think the odds are that after attending American schools from kindergarten through college (not to mention through graduate school), your child will turn out well-educated, intellectually alive, rational, kind, happy, well-adjusted, grateful to be American, and respectful of you and your values.

Poorly educated students. Ask your college son or daughter to diagram a sentence; identify Josef Stalin, “The Gulag Archipelago,” or the Soviet Union; name the branches of the American government; identify—or just spell—Ludwig van Beethoven; date the Civil War; identify the Holocaust; and name which sentence is correct—“He gave the book to my friend and me” or, “He gave the book to my friend and I.”

Angry young people. Why wouldn’t they be? First, they graduate college with a huge load of debt, having received almost nothing useful for their money. Second, if they are anything other than a white heterosexual Christian male, they have been taught to regard themselves as victims of oppression. Third, their future is so bleak they may not even have one: They are threatened with extinction by climate change.

The single best thing Americans can do to fight the left-wing destruction of the country is to withdraw from the “educational” system that is actively, deliberately miseducating them by the tens of millions. If millions of American parents did so, the country would turn around as fast as you could say “teachers unions.”

If they don’t, their children will continue being used as guinea pigs in the left’s sick and dystopian experiment.

Home schooling is one answer. My wife and I practiced it for twenty-five years with six kids and little money. It was one of the hardest things we ever attempted, and also the most rewarding. Great blessings usually require great sacrifice.

The other answer is finding a good private school and trusting God to provide.

But don’t put your kid back into a setting that can destroy them.

I have many friends that work or serve in the schools. Many are called to bring renewal. Others to pray and reach out to students. Do what God shows you–but the present system must change.

The long term answer is voting for a Congress in 2022 and a president in 2024 to enact school choice policies. That would change the game. So would legally doing away with teacher’s unions–and over a generation, privatizing all education in the nation.

The Daily Signal on choice:

School choice options allow students to attend schools that can meet their learning needs, allowing them to develop better both academically and as citizens. Dollars should fund students, rather than systems, following students to schools and learning options that are the right fit for them.

And Mike Farris in Gary Randall’s “The Coming Backlash Against Public Education:”

The tactics of public schools are bonding together a sufficient number of families who want alternatives to the chaos reigning in their local schools. And a political and legal tipping point is fast approaching at which some form of educational choice where public funds follow the parents will be enacted by legislation or by litigation.

Let’s pray, act, and vote for a rebirth of education in America.

For the sake of our precious children.