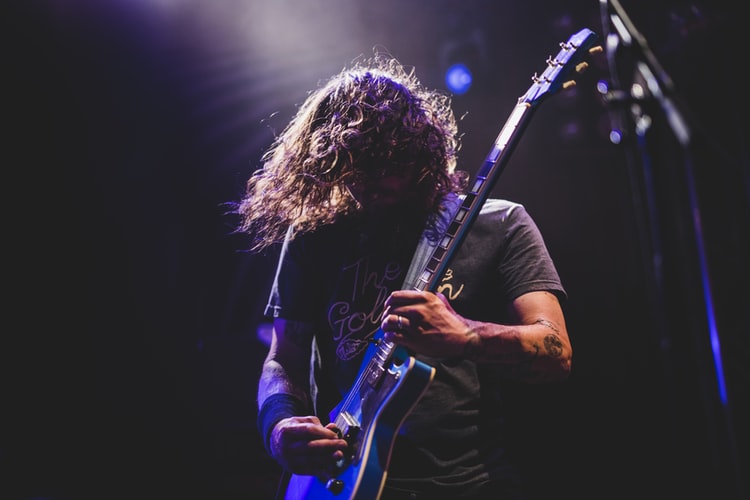 Let me make the songs of a nation, and I care not who makes its laws.

I agree. Songs can move us to good or evil like few things on earth.

Music is a gift from God to angels and humans to express their worship of Him and celebrate the wonders of His world. The biggest book in the Bible is Music–the Psalms (Songs). Music will be perfected in heaven beyond our imagination.

However, since music has amazing influence, the powers of hell have used it in our fallen world to deceive people and draw them away from God’s reality and truth.

I am not a music critic and listen to less music during the day than most. However, I love it when I experience it and understand the power of instruments and lyrics to affect the heart and mind–either in good ways (worship, inspiration) or bad (wrong ideas, vulgarity, sin).

Let me begin with a few music experiences from my own life. Maybe you can relate.

#1 – Though I gave my life to Christ at fifteen, I grew up in the heyday of rock ‘n roll and was mesmerized by its power and influence. I enjoyed all the famous tunes of the day like every other teenager I knew.

#2 – At sixteen I heard a message at church on the “evils” of rock music by a sincere pastor. I sat in the back row and thought: He’s a bit of a fuddy-duddy who doesn’t understand. It doesn’t affect me. I just like the music.”

#3 – While studying in New Zealand in 1972, I helped lead a youth group. I lived with three American friends, and we all brought our “music” down under. One day, a young disciple walked into out flat, heard the secular rock playing and said to me, “You listen to that? My conscience felt stabbed by a knife.

#4 – After I returned home a bit wiser and more in love with Jesus, I took my rock albums and threw them in the garbage while re-living the sermon I had rejected in pride four years earlier. I never deliberately listened to ungodly music again.

#5 – After being away from secular rock for forty years, a friend suggested we sit in on a Beatles impersonation at the county fair. “The Fab Five” sang Beatles tunes for an hour while a bunch of grayheads giggled, nodded, and sang along. I was stunned that I remembered every word from every song which I had not listened to for decades.

Talk about the power of music. It was still there, deep inside me.

Don’t get me wrong. I’m not down on rock per se though I understand its origin. I’ve been in numerous settings over the past fifty years where powerful and dynamic guitars, drums, and other instruments praised and worshipped God to high heaven. It was glorious. Larry Norman was right when he penned the song “Why Should the Devil Have All The Good Music.”

The key is the words. They can guide you to God or draw you into sin.

So, what tunes has the Devil used in the past seventy years to deceive, encourage wrong behavior, or draw people into eternal separation from God? I’m sure there are thousands, and I won’t even touch the vulgarity of rap or more modern forms.

Here is a small sample of what we might call “Hell’s Greatest Hits” for leading people astray.

Purple haze, all in my brain. Lately things don’t seem the same. Actin’ funny, but I don’t know why. ‘Scuse me while I kiss the sky…

This song captivated a generation and glorified a drug trip for the first time. Hendrix choked on his own vomit due to a drug overdose on September 18, 1970, at the age twenty-seven. Hell cheered and heaven cried.

Lucy in the Sky with Diamonds – The Beatles

We must choose a Beatle song due to their incredible influence. Their last album in 1967 (Sgt. Pepper’s Lonely Hearts Club Band) featured rock and Hollywood stars on the cover who all ended tragically. “Lucy in the Sky With Diamonds” described drug hallucinations–and was a metaphor for LSD.

The Stones, like the Beatles and many others, led an entire generation into sex and drugs. You see both here. This song bothered me when I was young because prior to this, only husbands and wives slept together. The devil smashed that norm–and millions today have been hurt through casual sex–which destroys.

Imagine there’s no heaven. It’s easy if you try. No hell below us. Above us, only sky. Imagine all the people, Livin’ for today. Imagine there’s no countries. It isn’t hard to do. Nothing to kill or die for. And no religion, too. Imagine all the people. Livin’ life in peace. You may say I’m a dreamer. But I’m not the only one. I hope someday you’ll join us. And the world will be as one.

Every lyric above is a lie. There is a heaven and hell. And there can be no peace on earth outside of reconciliation to God. This song is the clearest reflection of secular theology. I can hear Satan himself penning the words, “I hope someday you’ll join us.” Don’t do it.

And now the end is near. So I face the final curtain. My friend, I’ll say it clear. I’ll state my case of which I’m certain. I’ve lived a life that’s full. I’ve traveled each and every highway. And more, much more than this. I did it my way.

This is the song of self or selfishness popularized by Frank Sinatra–a very sinful man. I have heard it played at funerals as if doing what I want in life is a virtue. It’s not. Doing it “My Way” is an express ticket to hell. We were created for God’s will–His way (Matthew 7:21). Not surprisingly, Sinatra was buried with a bottle of bourbon and a pack of Camel cigarettes in his casket–tokens of a God-empty life.

I know I haven’t touched the surface of songs inspired by hell to confuse and destroy the human race. I would love to hear your choice of tunes that led you down the wrong path. I hope by now that you’ve cleansed them from your mind.

Choose your music wisely. It affects you both consciously and unconsciously, directly and subtly. Fill your mind and emotions with God-and-virtue melodies that lift you into heavenly places. If you are a musician or worship leader, think clearly about the power of instruments and lyrics you share with others.

I personally saved myself a lot of grief by rejecting the lies of hell’s greatest hits. And I gained eternal life by putting my trust in truthful songs like “Amazing Grace.”

That’s the greater power of worship.