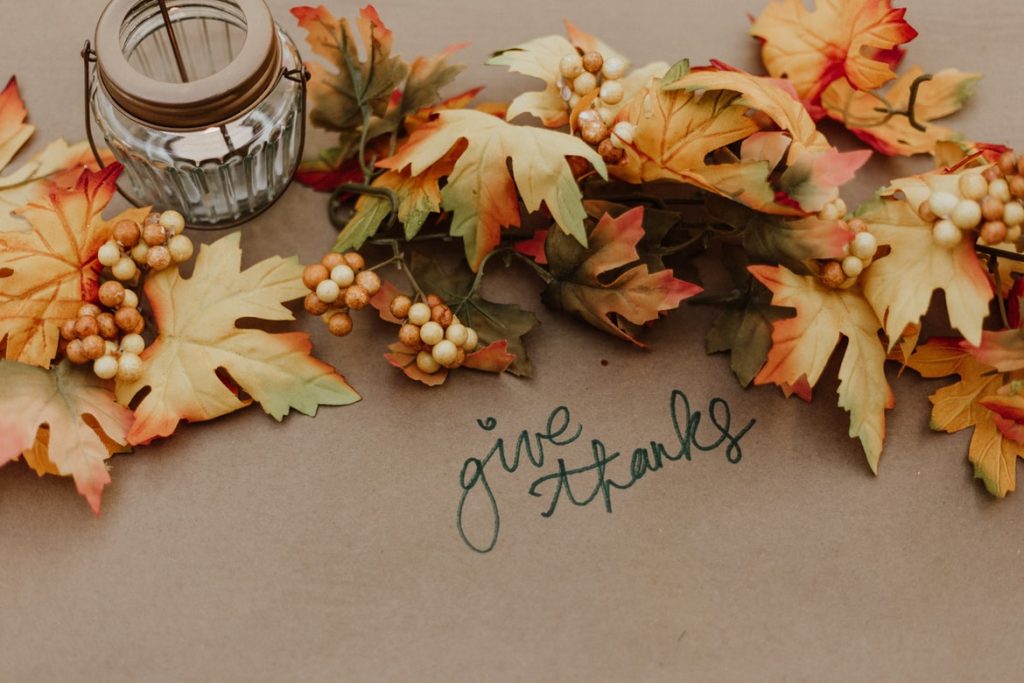 I have always appreciated reality more than fantasy–actual history compared to fictional stories. There is something about hearing a true story that speaks clearly and powerfully to the heart.

Not that imaginative story-telling cannot be helpful and instructive. Jesus’ use of parables is a good example. But there is something about a real struggle and the lessons learned that reaches our inner being and shouts, “that can be you too.”

During this special week when the United States celebrates Thanksgiving, I want to share two true stories to enlarge your grateful heart. Both are a testament that thankfulness is often forged in the furnace of affliction.

It is suffering that produces the true heart of Thanksgiving.

The True Heart of Thanksgiving

I appreciate it when church worship leaders tell the stories behind great hymns or songs. For example, it means a lot when singing “Amazing Grace” to know that John Newton was a slave trader who came to Jesus and unleashed his emotions to cry out” “Amazing Grace! How sweet the sound! That saved a wretch like me!”

That’s real life change producing praise and thanksgiving. Knowing the story increases the power of the music and draws you into the experience of it.

Some years ago I learned the back-drop to the great hymn “It is Well With My Soul.” It moved me so greatly that I think about it (and sometimes cry) when I sing it today.

Horatio Spafford (1828-1888) was a wealthy Chicago lawyer who had a thriving legal practice, a beautiful home, a wife, four daughters and a son. He was also a devoted Christian and faithful student of the Bible. His close friends included Dwight L. Moody, Ira Sankey and various other well-known Christians of the day.

At the height of his financial and professional success, Horatio and his wife Anna suffered the tragic loss of their young son. Shortly thereafter on October 8, 1871, the Great Chicago Fire destroyed almost every real estate investment that Spafford had.

In 1873, Spafford scheduled a boat trip to Europe to give his wife and daughters a much needed vacation and time to recover from the tragedy. He also wanted to join D, L. Moody on an evangelistic campaign in England. Spafford sent his wife and daughters ahead of him while he remained in Chicago to take care of some unexpected last minute business.

Several days later he received notice that his family’s ship had encountered a collision. All four of his daughters drowned. Only his wife had survived. With a heavy heart, Spafford boarded a boat that would take him to his grieving Anna in England. It was on this trip that he penned the now famous words to “It Is Well With My Soul.”

Out of great loss and tragedy the real heart of thanksgiving flowed. Think about the terrible things that happened to Horatio Spafford when you hum these stanzas:

When peace, like a river, attends my way, When sorrows like sea billows roll;
Whatever my lot, You have taught me to say, It is well, it is well with my soul.

Though Satan should buffet, though trials should come, let this blest assurance control. That Christ has regarded my helpless estate, and has shed His own blood for my soul.

My sin, oh the bliss of this glorious thought! My sin, not in part but the whole, is nailed to His cross, and I bear it no more. Praise the Lord, praise the Lord O my soul!

For me, be it Christ, it is Christ for whom I live, if Jordan above me shall roll. No pain will be mine for in death as in life You will whisper Your peace to my soul.

And Lord hurry the day when my faith will be sight, the clouds rolled back like a scroll. The trumpet shall sound and the Lord shall descend. Even so, it is well with my soul.

That’s finding God’s goodness in the midst of disaster.

Now let’s look at the true origins of Thanksgiving. They didn’t come about because of good food, fun and games, and watching football in television. The true heart of Thanksgiving was also forged in the flames of despair.

Some years ago a friend gave me a private tour of the Pilgrim library in Plymouth Massachusetts. Behind locked doors, he allowed me to hold William Bradford’s personal Bible (Bradford was the first governor of the Pilgrim colony). My friend recounted the history of the Plymouth Colony which, more than anything else, forged the spiritual foundation of the United States.

Do you know the real origin of American Thanksgiving? Here’s the story, recorded in William Bradford’s “Of Plimoth Plantation” written in 1647. (I’ve changed the Old English slightly.)

“I may not here omit how, not withstanding all their great pains and industry, and the hopes of a large crop, that the Lord seemed to blast and take away the same, and to threaten further and more sore famine among them by a great drought which continued from the 3rd week in May until about the middle of July, without any rain and with great heat (for the most part), in so much that the corn began to wither away, though it was set with fish, the moisture thereof helped it much. Yet at length it began to languish sore, and some of the drier grounds were parched like withered hay, part whereof was never recovered.”

“Upon which they set apart a solemn day of humiliation, to seek the Lord by humble and fervent prayer in this great distress. And He was pleased to give them a gracious and speedy answer, both to their own and the Indians admiration that lived among them.”

“For all the morning and greater part of the day, it was clear weather and very hot, and not a cloud or any sign of rain to be seen. Yet toward evening to began to overcast and shortly after to rain, with such sweet and gentle showers as it gave them cause of rejoicing and blessing God. It came without either wind or thunder or any violence, and by degrees it yet abundance  as the earth was thoroughly wet and soaked therewith. Which did so apparently revive and quicken the decayed corn and other fruits as was wonderful to see and made the Indians astonished to behold.”

“And afterwards the Lord sent them such seasonable showers, with interchange of fair warm weather, as through His blessing caused a fruitful and liberal harvest to their no small comfort and rejoicing.”

“For which mercy (in time convenient) they also set apart a DAY OF THANKSGIVING.”

We celebrate this special holiday because a hardy, godly people cried out to God during a terrible drought and He heard their prayers and provided a miracle.

They were amazed. The Indians were astonished.

Out of great difficulty, just like Horatio Spafford two hundred years later, they learned Who was the source of their blessings and hope–and they were deeply grateful to God.

Whatever your personal struggles, or your national or global concerns, the secret to overcoming is to lift your eyes heavenward and call out and praise the only One who can bring hope.

That’s the true heart of Thanksgiving.