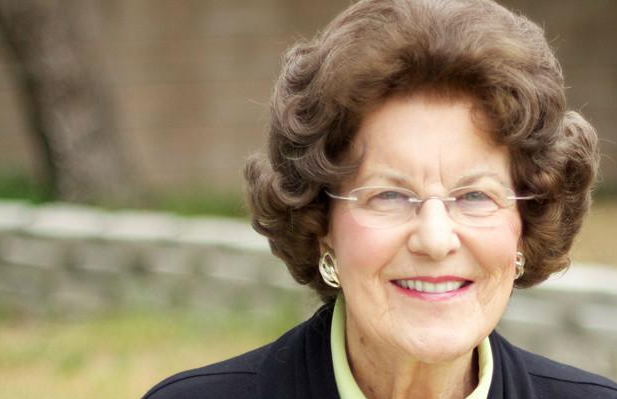 We have spent some weeks describing the immense problem of decay of conscience in American culture and other nations. I believe pastors and Christian leaders are primarily responsible for dimming the lights of God’s love and truth in today’s world.

Last week we looked at the role that the media plays in exploiting the “dull lighting” with a firehose of darkness–from the Internet, to our cell phones, television, videos, and even the music play lists we frequent.

It’s easy to point fingers at pastors and media giants–but we must not start there.

Conscience decay begins with you and me.

Revive Your Conscience: A Tribute to Joy Dawson

These two vital leadership spheres–Church leaders and media leaders–need our prayers because of their cultural influence (or lack thereof). Not all have succumbed to the national immoral avalanche of conscience, but most have been affected or intimidated by it.

As you drive past houses of worship in your area, intercede fervently for the awakening of God’s people. Encourage your pastor and other spiritual mentors to lead the charge for re-claiming our decadent culture. Take some time in your normal prayer schedule to intercede for the leaders of the Body of Christ.

Also pray for a mighty renewal of the American media. It is a lofty giant, but one that should submit to the dictates of conscience and principles of God’s Word. Its return to sound moral perspectives would be a blessing to the entire world.

Charles Finney was right. Pastors and media leaders, one by omission and the other by commission, guide the morals of a nation. Today, we could also add government leaders. Finney didn’t mention it because in his day, the federal government was smaller and uninvolved in the daily lives of Americas.

This past weekend, the Democrat Party shoved through Congress on a party-line vote a bill called the “Inflation Reduction Act” which does nothing of the sort. It increases taxes on all Americans by raising energy prices (taxing businesses which pass them on to consumers), throws billions of dollars at bureaucratic health care (Obamacare extension) and billions more at climate change, while hiring 87,000 additional IRS agents to come after our dwindling reserves.

This is government decay of conscience on a gross scale. Raise taxes in the middle of a recession? The most no-nonsense senator on Capitol Hill–John Kennedy of Louisiana–rightly called the “Inflation Reduction Act” “a special kind of stupid.”

That means at least eighty million Americans are also a “special kind of stupid” because they voted for our current leaders who are busily destroying our economy and nation.

Thus, we can’t blame the preachers, celebrities, journalists, or congressional folks for the immense and consuming decay of conscience in our world.

It all comes back to you and me–even how we vote.

Over the next few weeks, I will discuss in detail how a revival or awakening of conscience starts with the individual. You and I can’t change anything until we change ourselves. That’s why the leaders of the Canadian Revival Fellowship rightly say, “Revival is God’s finger pointed at me.”

For the next several weeks I will take you on a journey through your own heart and mind. Using a series of helpful and honest questions, we will weave our way through the attitudes and actions of our lives, looking at those areas where God wants us to awaken and be free from the handcuffs of deception or sin. Jesus said in John 8:30:

“If you live by what I say, you are truly my disciples. You will know the truth, and the truth will set you free.”

Freedom comes by knowing the truth and living it– with the aid of a clear and sensitive conscience.

On the other hand, we are warned in the Bible that our conscience can become dull or hardened through abuse or misuse–greatly affecting our freedom. Paul said in 1 Timothy 4:1,2:

“The Spirit says clearly that in later times some believers will desert the Christian faith. They will follow spirits that deceive, and they will believe the teachings of demons. These people will speak lies disguised as truth. Their consciences have been scarred as if branded by a red-hot iron” (1 Timothy 4:1,2).

In the same way that a burn kills nerve cells creating numbness or lack of feeling, so our conscience can become numb or dull through the “heat” of error and disobedience.

Gaining a clear conscience is key to a healthy life–and nation.

I want to encourage you in coming weeks to awaken your own conscience. I pray God will speak to you, bringing understanding, change, and freedom to your life. You may identify with many of the conscience points I share, or maybe just a few. Whatever the conviction, respond by faith to the voice of the Holy Spirit.

It’s far better to awaken your conscience now than than to face Judgment Day with a dull conscience, unprepared for God’s truthful scrutiny.

Healthy self-examination is crucial in our lives.

I want to share a tribute to Bible teacher Joy Dawson who passed away July 21 at the age of ninety-six. No one in the world awakened my conscience more than Joy Dawson–and I will be eternally grateful.

I met Joy as many of us did in the early days of Youth With A Mission–in a teaching session where her heart for God, understanding of the Scriptures, and passion for holy living blew me away. It brought many of us onto our knees (or faces before God).

Joy spoke with authority. When she prayed, she seemed to enjoy intimate relationship with the One to whom she was talking. Sometimes when she looked at you, you felt that she was either looking through you (reading your mail) or gazing past you into the mind of God.

I just missed meeting her in New Zealand 1972-73 when I spent a year there studying the Bible. She and her family left New Zealand in 1970 to make America their home. Many of my Kiwi mentors were friends of the Dawsons–and came from the same godly stock–a revival generation.

Loren Cunningham released Joy to help train our early YWAM missionaries when it wasn’t common for women to teach and preach. She gave many foundational values to our mission through her clear, powerful, and probing teaching which included the character of God, hearing God’s voice, intercession for people and nations, and many others.

I was drawn most to her teaching on the “fear of the Lord” which is the beginning of wisdom (Proverbs 1:7, 9:10).  Nothing more clears your conscience than respect for God and living in the “light” of his holiness and love.

Joy encouraged me greatly as a young leader. I spend a couple of days personally with her in Washington, D.C. during the 1980s–and saw that she lived what she taught. In 2012 when I ran for public office, I spent an afternoon with Jim & Joy at their home in California seeking their counsel.

Joy Dawson walked with God with a clear and sensitive conscience. Since God is “light (1 John 1:5),” then living in the “light” is a condition of close relationship to Him (1 John 1:5-9). She taught that obedience to God must be “instant, total and joyful.” And that “delayed obedience is disobedience.”

In the coming weeks I’m going to “turn on the lights” of conscience just as Joy did.

We need a revival of conscience in our nation–starting with you and me.