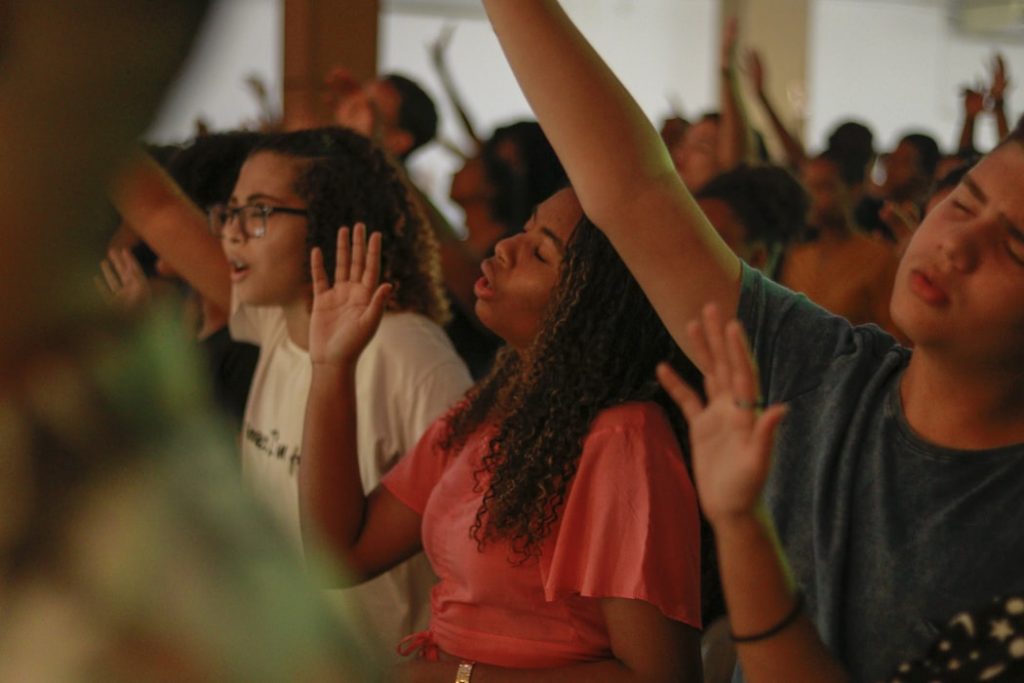 Some years ago, I took my car to be serviced at a local dealership. While waiting, I picked up a magazine that advertised an interview with George Verwer, the founder of Operation Mobilization. I had  visited one of their mercy ships (the MV Doulos) and had great respect for OM’s work.

The interviewer got right to the point: “Mr. Verwer, what is the greatest need in the world today?”

I paused. Good question. How would I answer it? Certainly, there were many needs in the world.

Verwer didn’t hesitate: “The greatest need in the world today is spiritual revival in the Church.”

I agree. And there’s one huge key to that awakening.

Verwer went on to explain that a repentant, awakened, and united Church brings “light” to our world causing darkness to recede in towns, cities and nations. The more on-fire the Church, the brighter the light (truth & grace) that exposes sin and draws people to the the Savior.

This is the greatest need of our world–in every time period–and will be the essence of heaven.

One of the absolute keys to spiritual awakening is God’s people assuming a high degree of one-ness and unity. This quality finds its perfection in the Triune God. The Godhead are united (One).

He wants us to be the same.

The longest, and the most intimate prayer of Jesus Christ is found in John 17. Though it contains twenty-five verses, we will zero in on three summary verses:

20 “My prayer is not for them alone. I pray also for those who will believe in me through their message, 21 that all of them may be one, Father, just as you are in me and I am in you. May they also be in us so that the world may believe that you have sent me. 22 I have given them the glory that you gave me, that they may be one as we are one— 23 I in them and you in me—so that they may be brought to complete unity. Then the world will know that you sent me and have loved them even as you have loved me.

This is the unanswered prayer of Jesus that we must fulfill it in the 21st century. Only a united Church can beat back a collective onslaught of evil that is rising in out time. The demonically inspired goal is to fill the world with tyranny (sin, brokenness, poverty, anguish and death). God wants His people to flood every town and nation with righteousness, healing, blessing, faith, and life.

Unity is the key–to both ends. And ours must be better because of Jesus’ salvation.

The Church has tried various forms of unity across the centuries:

All of these can be helpful but fall far short of the unity of spirit and truth that Jesus prays for in John 17.

Sadly, human unity is like herding cats because sin separates us–not race, personality, style, or nationality. Only selfish attitudes and actions divide people from one another. Jesus’ salvation is designed to deal with those sin tendencies and bring us into loving and tearful embrace–through the power of the Holy Spirit.

Yet, we often allow various sin to divide us from one another: Bitterness (lack of forgiveness), family spats or conflict, prayerlessness for each other, doctrinal differences based in pride, a lack of honesty and transparency, prejudice–either racial or otherwise, apathy–we don’t care about other believers, and criticism, gossip and slander.

The sin of dis-unity towers above the rest because Jesus said when we are one then the world will know he is the Messiah and will experience the love of the Father (John 17:23). The greatest consequence of disunity is lost people not seeing the uniqueness of Jesus and the Father’s love.

I have been in many movements over the past fifty years–large and small–where God brought John 17:13 unity.

If there is to be a great revival in the 21st century, it will come through a united and revived Church in towns, states and nations. It cannot be organized from the “top.” It must be ignited by God’s Spirit from the grassroots up:

For many years, “John 3:16” appeared in many stadiums and venues. It remains the message most urgently needed. But a new verse must arise in our hearts with the winning method—John 17:23--the biblical and heart-felt unity of God’s people.

Grow it in your soul. Put it on your door. Share it in churches. Practice it in prayer and humility.

John 17:23 must become the “fish sign” for 21st century believers–in answer to Jesus’ prayer. We will need it to survive future persecution. Now is the time to ignite it.

Others will join us. Tira Davis says in “The Time Has Come for Reasonable Americans to Stand Up and Draw a Line in the Sand” (quoting Ecclesiastes 3:1-8): “So draw your line. Your line will be different from my line and that’s ok. The battle has many fronts. But it’s important to understand this: The quiet season is over. Grab a bullhorn and start screaming.”

And loving, weeping, praying, and serving.

This week 100 business leaders joined a conference call to unite around progressive “cancel culture” objectives. Whichever side that is most united will win the 21st century battle for nations and the world.

Stephen Soukup reminds us: “It’s not going to be easy… but we’re going to have to make the long march back through the institutions — and that’s going to take probably several decades. So, it’s not something that we can anticipate starting now and being done with it the next couple of years. It’s going to be a long, hard slog. But worth it.”

Through the power and ultimate joy of John 17:23.