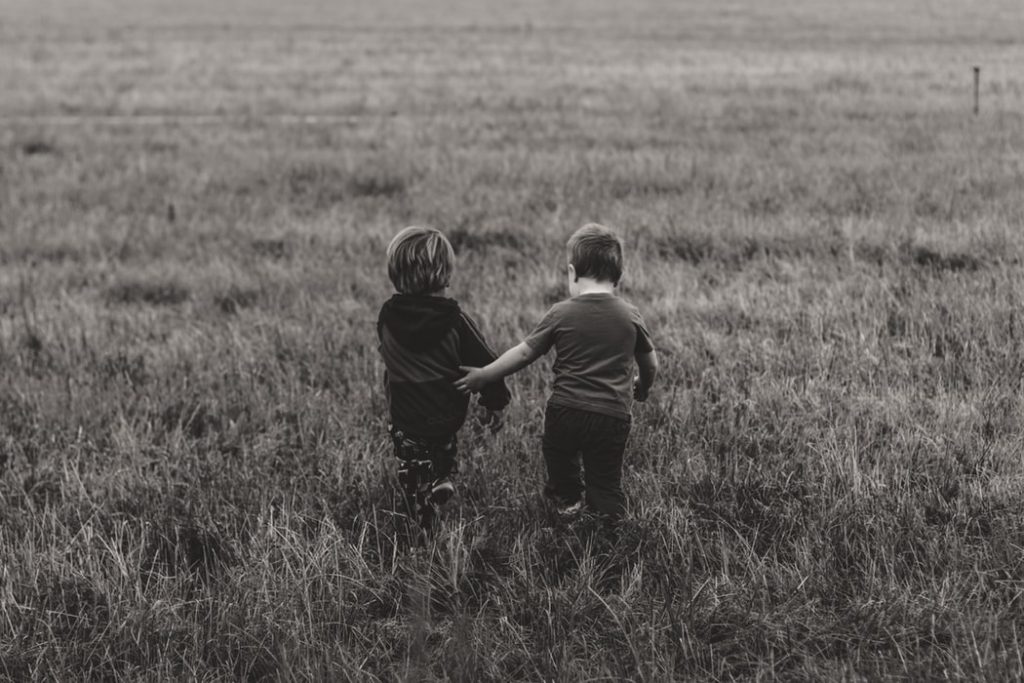 I made a fresh commitment this year that I posted on the wall of my office:

“Evangelize the open and disciple the willing.”

What I learned this summer is that sometimes the open, willing and utterly surprising actually come to you.

Here’s a story that just might touch your heart. It involves eighty-one days of friendship.

Kenny Anderson and I played football together in ninth grade (fall of 1967). He was a 6-foot bruiser of a fullback on our team and I was a 5-feet 3-inch quarterback who could barely see over the center’s backside.

We hadn’t spoken to each other in 52 years–except once. At our 45th high school reunion in 2016 I gave him my card and told him that if he ever needed help or wanted to talk about God, I was available.

He kept the card on his dresser for three years, then decided to call me.

We met on August 26, 2019 at a local restaurant where he told me he had battled alcohol and drugs for 35 years after being thrown out of high school for smoking (he never graduated but later got his GED). Around 2001 he made a U-turn toward God through AA, rehab and some help from a main-line church—but didn’t feel assured of his salvation.

This year he had a heart attack and triple bypass surgery which awakened his conscience to his need for God.

After some catch-up at the restaurant and Kenny bearing his soul with me, I shared the simple Gospel message that we all have sinned and become estranged from God. The Father sent His Son into the world to save us by dying on the cross to pay for our guilt. Christ’s act of love allows us to confess our sins, put out trust in Him, be forgiven and be changed by the power of the Holy Spirit.

I told Kenny that once we were reconciled to God, we could know that we have eternal life (1 John 5:13).

After finishing the meal, we walked outside and sat in my car. There, Kenny confessed his sins before God and freshly put his trust in the Savior. After fifty years of separation, God had brought us together around his throne of grace.

The following Sunday Kenny came to our church, set up an appointment with the pastor, and expressed a strong desire to grow in his faith. I saw an honesty and softness in his life that was evidence of God’s work. Kenny Anderson now knew he had eternal life.

We continued to meet in the coming weeks and grow our renewed friendship.

Then, in September, I received another call from Kenny. He had gone to the doctor and they discovered a tumor in his brain and a large mass in his chest. After biopsies came back, he was diagnosed with stage four lung cancer (which had metastasized to his head) and was given a short time to live.

I immediately began visiting Kenny regularly at his home in Retsil. Some days we talked football. He remembered me being hit hard in one game and came back to the huddle with a tear in my eye (some of us are wimps!). I agreed I was no Russell Wilson, and we laughed.

I encouraged Kenny and his wife Cindy to read Sarah Young’s Jesus Calling devotional together. They did so–joyfully. At another visit I brought him a copy of a blog I’d written in 2002 called “Two Suitcases Packed.” It was inspired by a friend who was dying of cancer but insisted she had one bag ready to “live” and another to “die.” In other words, she was ready.

Kenny and Cindy read it twice.

One day Kenny told me he had a dream about heaven where he was  floating securely in a river of God’s love. “Ron,” he said excitedly, “I was so at peace in God’s presence that when I woke up I cried for twenty minutes.”

Now both of us had tears in our eyes.

During one visit to the Anderson home, a relative of Kenny’s in whose life God has been moving due to his illness, asked me if I could baptize her.

She wanted to make sure she was right with God.

I asked her about her faith and talked to her about the importance of making Jesus the “boss” (Lord) of her life. After hearing her  responses, I consented to baptize her right there with Kenny and a few others in the room. She knelt in the middle of us as I read from Romans chapter 6.

I told her that normally baptism is full immersion in water—just as Romans teaches—because it best symbolizes dying to self and rising up into a new life. But returning to my childhood roots out of necessity, I said we would “sprinkle” baptize her as a  “down payment” on following through with full baptism later.

I then baptized her in the Anderson living room with tears streaming down her cheeks. Afterwards the whole group had “communion together”—with hot dogs and chili.

I believe the angels in heaven rejoiced over this encounter (Luke 15:10)–sprinkling or not.

On October 26, family and friends hosted a living memorial for Kenny at the Retsil Chapel with a strong turnout. He asked me to pray over the gathering, which was a privilege to do. Five or six school friends attended along with Pastor Sodoo from Mongolia–who was visiting us at the time. He’d never seen a “living memorial,” and was excited to take the idea back to his country.

As the end got near and home hospice was brought in, I drove to Retsil to see Kenny almost every day. What a joy it was to pray over him, encourage him, read Scripture and just be a friend. I enjoyed meeting various members of Kenny’s family and neighbors who came to serve, help, and be at his side. They were real heroes during those difficult days.

On November 13, Kenny and I spoke for the last time and I told him I was proud of him—and that it was “okay that for him to go home.” The next day he was unable to speak as I talked and prayed over him once again.

On Friday morning, November 15 at 6:30 am, Kenny Anderson my new-found friend in Christ, left his body and went home to his Lord and Savior.

I only got to know Kenny during his last four months on earth. In fact, during the final weeks of his life, I visited the small suburb of Retsil (adjacent to Port Orchard) more than I’d done in the whole past half century.

Kenny and I rejoiced we’d be together forever–on Christ’s eternal team of light and love. Jesus said, “I am the resurrection and the life. He who believes in me will never die.”

My friend had passed the only graduation that really counts.

Kenny Anderson is a great example that ending well trumps any mistakes that we make in life (think of the thief on the cross). When we jump into the river of God’s love through repentance and faith, an amazing promise becomes ours:

Never discount prayers offered, tracts left, or cards given to people that God brings into your life. He can use them all. My renewed relationship with Kenny Anderson lasted only 81 days on earth.

But our days in heaven will be endless.