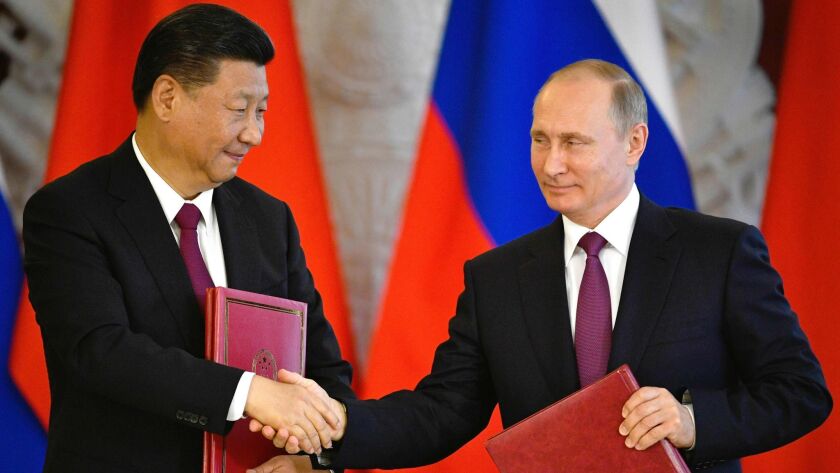 I intended to write this week on dictatorships that are growing in our world.

Then, Russia invaded Ukraine–and upped the ante as to what’s really happening.

Suddenly, this looks hauntingly like a redux of World War II–except we have ten nations that possess nuclear weapons. That means the tactics of war and the stakes are quite different.

There’s no doubt we live in an age of dictators and maybe the beginning of a new world war.

I mentioned last week that Heritage Foundation’s Index of Economic Freedom is a good starting point on which nations experience freedom. Economics isn’t everything, but it’s often an indicator of the worldview of the culture and where that leads.

Freedom is rightly defined as “the wisdom and power to do what you ought.” This idea of “obligation” is tied to morality i.e., right and wrong. Since God’s principles for living are the standard of both goodness and justice, then freedom in a nation equals the degree to which its leaders and people live according to biblical morality.

The Great Commandment and Golden Rule define the eternal equation for freedom.

Governments are designed to protect God-given rights–giving us the liberty to choose. This freedom (human self-government) produces limited civil governments who primarily exist to keep the peace (Romans 13). But because of fallen human nature, very few nations experience the blessings of liberty.

For most of recorded history (beginning with the Sumerian civilization), human beings have been ruled by tyrants because of the lack of liberty (salvation) in human hearts. Some exceptions existed in the early Greek states where citizens were allowed to vote, but those freedoms never lasted.

The Jewish nation enjoyed the blessings of a free society (under God) for parts of their history (Leviticus 25:10), but gave up their personal freedoms to numerous tyrants and a growing tidal wave of sin which destroyed their liberty and nationhood (Hosea 4:6).

Jesus Christ’s death and resurrection brought a new power/hope to people (personal salvation) which spread throughout the Roman Empire. It eventually mushroomed into liberating whole nations via the Reformation as people read their Bibles and practiced its principles in their personal lives, families, and vocations.

The founders of the United States incorporated more biblical ideas into national life than any previous country (despite some glaring weaknesses such as slavery). That’s American exceptionalism. The Statue of Liberty enshrined those freedoms and beckoned the huddled masses of the world to join this unique “one nation, under God, with liberty and justice for all.”

For the past 250 years, the biblical concept of freedom has spread around the globe, with the highwater mark coming when the Soviet Union dissolved. In Leadership for the 21st Century, written one year before the fall of the Iron Curtain, I predicted the liberation of nations (starting with Poland) and described the 21st century as a contest between “The Free World” and the “Dark World.”

That’s where we stand today.

Back to The Index of Economic Freedom. Take a moment to click and view the world map and see the national rankings. The “greener” nations possess more liberty. The “orange/red” nations not so much. Remember, you’re looking at a snapshot of freedom worldwide. If you had glanced at it 100 or 500 years ago, you wouldn’t have seen much “green.”

Human freedom is rare, and as Thomas Jefferson reminded us, requires “eternal vigilance.”

Which brings us to the Age of Dictators.

There are many dictatorial (non-free) nations in the world today. Note the Index list. Most have never experienced liberty. They come in various forms, but all espouse some form of demonically-inspired control over people.

Various communist dictatorships exist including the most populous one–China, led by atheist dictator Ji Xinping.  Russia is the largest land empire–though it shrank since the 1990’s–with atheist dictator Vladimir Putin at the helm. Other communist regimes include North Korea, Cuba, Venezuela, Vietnam, Laos, Dem. Republic of Congo, and so on.

All are led by atheist dictators.

Then there are the religious dictatorships of the world–primarily an Islamic bloc of fifty nations that are majority Muslim. Many are guided by Wahhabism, the Islamic revivalist/fundamentalist movement within Sunni Islam. They practice Shari law, enslave women, and promote global jihad.

Osama bin Laden was a Wahhabi leader. Iran ranks as the world’s worst religious dictatorship due to funding global terrorism. They are close to having an atomic bomb. Iran is ruled by religious tyrants called mullahs.

India could also be described as a dictatorship because its discriminatory Hindu caste system keeps most Indians in poverty. Conversion to other religions is banned in many provinces or strongly persecuted.

Whenever leaders of a society don’t allow people to change their minds about faith and religion, you know you are dealing with dictators.

Thomas Jefferson exposed the dictatorial spirit in his famous words which rim the ceiling of the Jefferson Memorial:

I have sworn upon the altar of God eternal hostility against every form of tyranny over the mind of man.

The Western World produced the largest number of free nations because its biblical worldview puts God and His Word above civil leaders, and treasures God-given human rights. But as Western nations turn away from the Bible, they also become a breeding ground for dictators.

Just this week Canadian Prime Minister Justin Trudeau and the Canadian Parliament legislated draconian measures against the trucker convoy and anybody who resist their progressive policies.

Canada is leaving the Western world. In terms of all-encompassing government, suppression of dissent, and the denial of fundamental human rights to many of its citizens, Canada is now more similar to Cuba than to any free country. Canada may eventually return to Western civilization, but as of this writing, the majority of Canadians appear to have no interest in it doing so.

According to Maru Public Opinion, “two-thirds (66%) of Canadians support Prime Minister Justin Trudeau bringing in the Emergencies Act … A majority (56%) of Canadians do not support the truckers who are protesting in any way, shape, or form … This is a majority view held in every province/region across the country.”

In the United States, dictatorial-type governors and the current Administration have used a “health crisis” for two years to tamp down human rights. Lockdowns, vaccine, and face mask mandates have been used to teach us to “obey”–not think for themselves.

That’s what many despots told the masses in the lead-up to World War II.

Now Russian dictator Putin has invaded Ukraine just as Hitler did Austria and Czechoslovakia. Chinese dictator Ji eyes Taiwan and control of Southeast Asia. The actors have changed, but the end is the same: enslaving people.

Did I mention that ten nations have nukes?

Only one of the five major religious worldviews produces true freedom for people–biblical faith. The Savior of the world–the Lord Jesus Christ–reigns as a Servant King who “stands at the door and knocks“–never compels people by force.

We need an explosion of His Good News in the 21st century, or we will experience the age of dictators.

William Penn was right. “Men must be governed by God or they will be ruled by tyrants.”