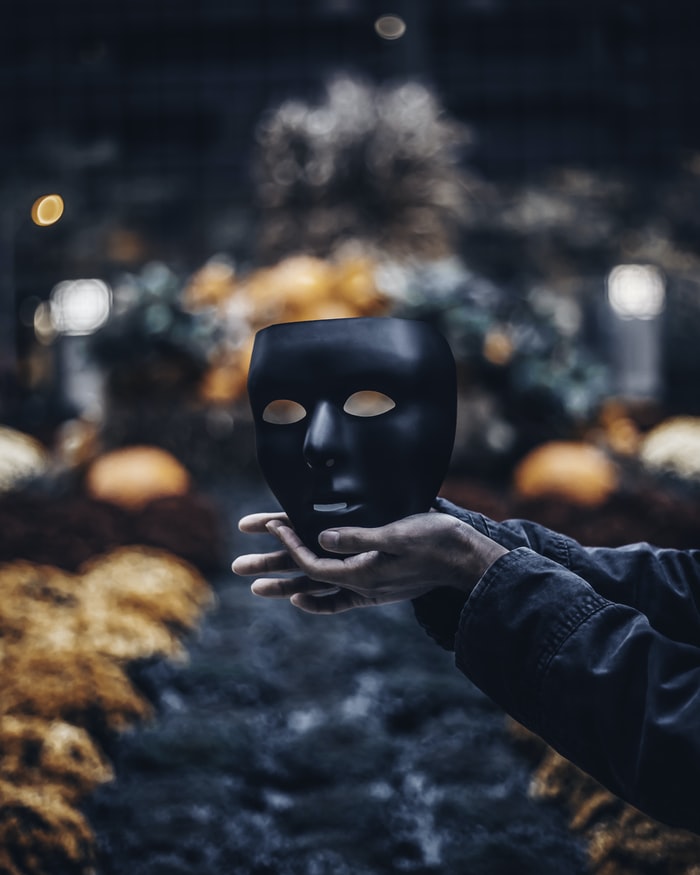 For hundreds of years, the devil, Satan, Lucifer–the unseen force for evil in our world–hid behind a cartoon character with a pitchfork in the Judeo-Christian West. “Ha ha ha. A devil you say? That’s a figment of your imagination.”

Other parts of the world take the devil and his demons seriously. Devilish activity is a part of their daily lives and evil is very real to them.

Now the West is catching up (or regressing?). The Devil used to hide himself here–for good reasons. Not anymore in the United States.

Here’s why Satan has taken off his mask.

Why Satan Has Taken Off His Mask

One of my all-time favorite books is Thomas Cahill’s How The Irish Saved Civilization. It’s not just a poetic history of how Saint Patrick and Irish monks transformed medieval Ireland and rescued literature during the Middles Ages but reveals the stark contrast between biblical culture and a satanically controlled one.

Primitive Ireland was filled with witches, wizards, sexual filth, human sacrifice, and hideous aspects of depravity because Satan dominated the levers of culture. Life was ugly, vicious, and lewd.

Gregory Boyd rightly says about devilish influence: “The world is a spiritual battle zone, which is why it looks that way.”

Here’s a description Cahill uses of the evil of Celtic warfare before faith in Christ changed Ireland (and drove the devil underground):

The Irish, like all the Celts, stripped before battle and rushed their enemies naked…The Romans, in their first encounters with these exposed warriors, were shocked and frightened. Not only were the men naked, they howled. It seemed, possessed by demons, so outrageous were their strength and verse…The Irish heroes were aware they became possessed when confronted by the enemy and their appearances would alter considerably and they called this phenomenon the warp spasm…This is how it appears, ‘The warp spasm seized a man and made him into a monstrous thing, hideous and shapeless. His shanks and his joints, every knuckle and angle and organ from head to foot shook like a tree in the flood or reed in a stream. His body made a serious twist inside his skin…His face and features became a red bowl…His mouth weirdly distorted; his cheek peeled back from his jaws until the gullet appeared, his lungs and liver flapped in his mouth and throat, his lower jaw struck the upper a lion-killing blow’…In this great carnage he slew one hundred and thirty kings, as well as an uncountable horde of dogs and horses, women and boys and children and the rabble of all kinds. Not one man in three escaped…

Cahill’s story takes three pages, but I spared you the length. I think you get the picture. Fallen spirits–inspired by the devil, empowered these human warriors in such gruesome fashion that even Stoic Roman soldiers shivered in their boots. Out-of-this-world power always trumps unbelieving human beings.

No wonder the Roman Empire fell. Demonic hordes overran it.

But not in post-fifth-century Ireland where Patrick and his successors shined the light of Jesus Christ into enough human hearts to transform their island nation with truth and goodness. Eventually Europe became light-filled with a biblically based civilization (Renaissance and Reformation) which gave rise to the United States of America–only the second nation in history to be “founded on God.”

For hundreds of years the devil went “underground” in Christian Europe and the U.S. because the “light” of these nations exposed his dark practices. Never perfectly, but enough truth to dampen his ambitions.

Today, the devil, has taken his mask off in the West and is beginning to “howl” once again. He’s showing the West his true nature.

Jesus himself explained in John 10:10: “The thief comes only to steal and kill and destroy; I have come that they may have life and have it to the full.” He’s speaking about Lucifer. His nature is to destroy human beings, their lives, their happiness.

In Revelation 9:11 one of his demonic archangels goes by the Hebrew name (Abaddon) and in the Greek language (Apollyon), which means “Destroyer.”

Satan is a raging destroyer of people and nations.

I have written for some years on the “New American Axis of Evil” (AAE) It contains elements of culture (Deep State bureaucrats, Secular Media/High Tech, and the Democratic Party), influenced by the devil, who are colluding to destroy our nation’s biblical foundations.

In the realm of law, the main culprit remains the Democratic Party. I’m not a partisan, nor a registered Republican. I just have eyes. To borrow a sentence from Victor Davis Hanson, “This is not your parents’ Democratic Party.” For decades the Democrats were faith and civility-based, going along with the mores and norms of a Judeo-Christian civilization that produced the most free and prosperous nation in history.

FDR publicly led the nation in prayer on the radio during World War II. Today, our mentally challenged figurehead publicly throws F-bombs and legislates against every ideal of godliness.

The destruction of America has been building for sixty years–but is now exploding. Here’s a sample of what the devil inspired AAE seeks to destroy:

Here’s a recent example of destroying our children through permissive sex-ed.

Little known to most parents is under the Obama administration, the U.S. government started spending over a $100 million dollars on comprehensive sexuality education, getting it to your children with your tax dollars. And now under the Biden administration — in fact, just this week — the House Appropriations Committee just approved $130 million dollars for this radical comprehensive sex ed which sexualizes children. We sometimes call it abortion rights, sexual rights, LGBT rights, indoctrination education or sexualization education” — something the American College of Pediatricians calls one of “the greatest assaults on the health and innocence of our children.

So, what gave the devil and his demons the confidence to take off their masks and openly go for the destruction of America so viciously and blatantly?

Bill Clinton remarked after the Monica Lewinsky scandal as to why he devolved into having sex with a White House intern. His answer:

The devil has taken his mask off because he can.

Our nation has become filled with unthinking Americans who live in the tiny-self-centered world of their cellphones–and vote Democrat to get all the free money and entitlements they think they deserve. The Bible warns that people are “destroyed for a lack of knowledge” (Hosea 4:6).

Evil has become so common in our day that a Brazilian gent calls himself the Human Satan. When the devil is this common, he doesn’t need to hide anymore. He’s free to destroy everything in sight.

May God revive His people to fight the satanic destruction.