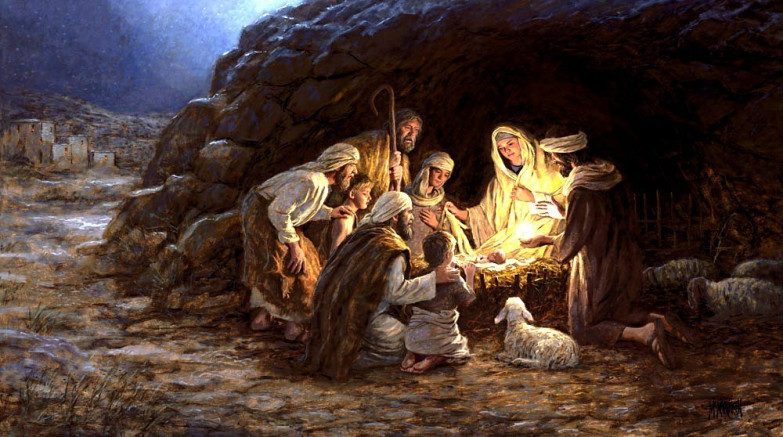 In thirteen days, three-quarters of the world will celebrate Christmas–the world’s largest holiday.  Over 2 billion people will worship the One whose birth it honors.

Why is Christmas the most celebrated holiday? Because there is no one who has influenced the world more than Jesus of Nazareth.

Over the next few weeks I’d like to re-share some thoughts on why Jesus is so special. I will add some material from my new book–River of God: Where Religion Began and Why Grace and Love Will Triumph which debuts in February, 2018.

Christmas is the biggest because there is no one like Jesus.

Jesus’ life purpose was announced by numerous prophecies hundreds of years before his coming in 6/5 B.C. The Old Testament contains three hundred references to the Messiah that could have been fulfilled only in the person of Jesus.  These include him being a Jew (Numbers 24:17), from the tribe of Judah (Genesis 49:10), in family line of David (Jeremiah 23:5), and born in David’s hometown of Bethlehem (Micah 5:2). He was preceded by a messenger (Isaiah 40:3), betrayed by a close friend (Psalm 41:9), sold for thirty pieces of silver (Zechariah 11:12), crucified with thieves (Psalm 22:16, Isaiah 53:12), and buried in a rich man’s tomb (Isaiah 53:9).

A careful study of the New Testament reveals at least thirty amazing signs and wonders that Jesus performed while on the earth.  No other person validated their ministry by supernatural means as did Jesus who “went around doing good and healing all who were oppressed by the Devil, for God was with him” (Acts 10:38).

When we really analyze why Christmas is the world’s biggest holiday, it boils down to an unequaled person who makes all the difference.

In the Old Testament Scriptures, Jesus revealed himself in various forms, possibly as the “Angel of the Lord” (e.g. Judges 13:1-22) who guided Israel out of bondage, and provided direction and salvation for a nation. In the New Testament, we meet God face-to-face in Jesus Christ—the God-man—a person who has no peer in history. He came to die for the sins of the entire world and personally demonstrated the love and grace of the living God.

Each religion rises on falls on the strength of its founder, architect, or deity. Let’s compare Jesus, the Son of the triune loving God, with the leaders of the other four main religions in the world (which is the focus of my new book):

The life of Jesus Christ remains the purest and greatest one ever lived.  Probably the easiest way to come to the truth about religion is to compare the founders or gods of them all. There is no comparison. Jesus Christ–Son of God—Lord—Savior–is someone to whom you can truly entrust your life, your soul, and your future.

Now you know why the world celebrates Christmas like no other.

Give your heart to Him once again and worship Him.

Posted in Christianity, General, Leadership, Redemption and tagged Christmas, Jesus Christ
← Between a Cake and a Hard PlaceWhy is Christmas the World’s Most Celebrated Holiday? Part 2 →