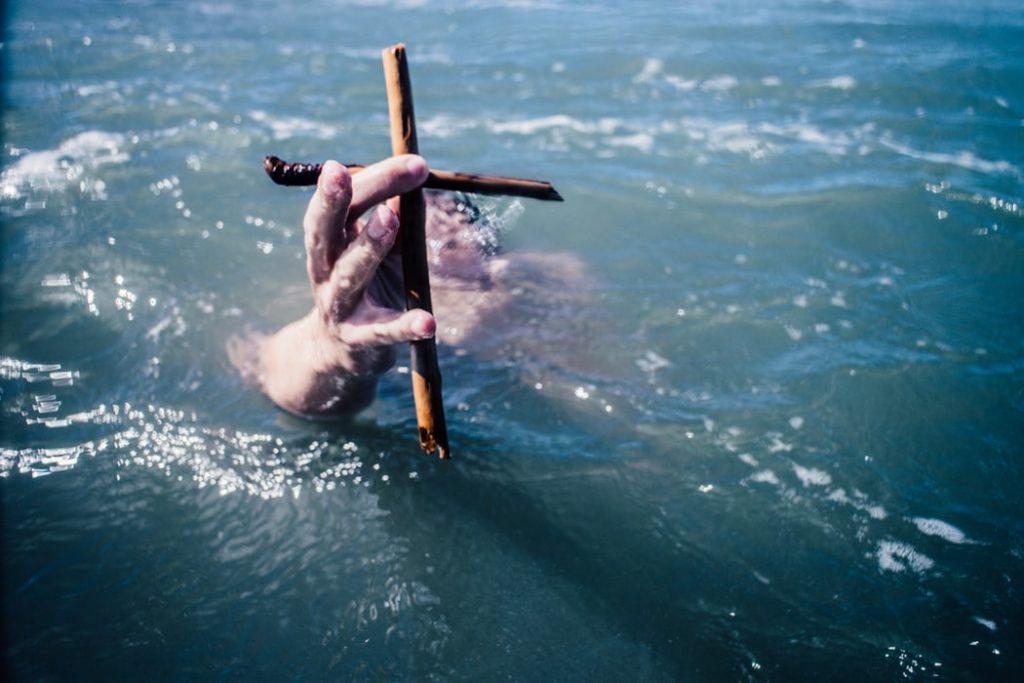 Over the past three weeks I’ve talked about who you can TRUST in the big decisions of life.

First, a cloud of billions of witnesses confirm your direction. Second, an infallible Book (The Bible) provides a reliable compass for living.

Third, and most importantly, there is only one person in time and eternity who, through his own sufferings, provided the “Way” to eternal friendship with the Almighty.

Why I trust in Jesus Christ.

Why I Trust in Jesus Christ

The life, death, resurrection and promises of Jesus Christ provide an iron-clad security for your faith. Why?

Because there is no one in history like Jesus.

You can trust him implicitly because:

When we read the history books, we often assume that ancient historical figures such as Alexander the Great, or Plato or Julius Caesar, can be easily verified by historical records. That is not true. Very few ancient manuscripts exist that confirm the reality of any ancient history-maker—especially books or parchments that go back over one thousand years.

Peter Stoner states in Science Speaks that the odds of Jesus fulfilling only eight of the major prophecies are one in 100,000,000,000,000,000 (10 to the 17th power). He concludes, “The prophets had just one chance in 10 to the 17th power of having them come true in any man, but they all came true in Christ.” Allow that scientific probability to sink deeply into your   heart. Jesus’ claim to be the Messiah has no parallel in history.

Jesus’ unique and utterly miraculous birth is celebrated all over the world each Christmas. Two detailed accounts of the amazing circumstances are recorded in Matthew 1-2 and Luke 1-2. Besides the angel Gabriel announcing the birth (Luke 1:26-38), the extreme humility of being born in a cave or barn reserved for animals (Luke 2:6), or the choir of angels that sang for some startled shepherds, Jesus being conceived of the Holy Spirit and born to a woman who was a virgin is unparalleled in human experience. But this, too, was prophesied: “The Lord himself will choose the sign: Look! The virgin will conceived a child! She will give birth to a son and call him Emmanuel—‘God is with us’ (Isaiah 7:14).

Do you know of any other “virgin” births?—or any child conceptions that produced a life anywhere near that of Jesus Christ?

Jesus Christ remains to this day the only person who backed up his claims by a sinless life. You don’t find any youthful indiscretions such as plagued the early years of Saint Augustine of Hippo. His adult years revealed no adulteries or crusades of violence such are recorded about Mohammed, the founder of Islam. On the contrary, when confronted with his uniquely pure and moral life, Jesus responded humbly and confidently to his accusers: “Which of you convicts me of sin?” (John 8:46). Deafening silence followed.

Jesus made it quite clear to all that followed him that the secret to his success was found in perfect obedience to his heavenly father. “I always do the things that are pleasing to him” (John 8:29).

How did he do it?  Jesus was not a mere man—he was God in human form. The great French general, Napoleon Bonaparte, acknowledged that fact when he said, “I know men and I will tell you that Jesus Christ is no mere man. Between him and every other person in the world there is no possible term of comparison. Alexander, Caesar, Charlemagne and I have founded empires. But on what did we rest the creations of our genius? Upon force. Jesus Christ founded his empire upon love; and at this hour millions of men would die for him”

The power and impact of Jesus’ words, beloved by millions over two thousand years, hold a special place in history and human literature. Jesus himself could say with confidence: “Heaven and earth will pass away but my words will not pass away” (Luke 21:33). And Mary Hopkins could echo, “No revolution that has ever taken place in society can be compared to that which has been produced by the words of Jesus Christ.”

Biblical faith makes a revolutionary assertion: the Creator God of the universe came to earth in the person of Jesus Christ and lived among us. According to both the Old and New Testaments, Jesus represented nothing less than “God with us” (Isaiah 7:14, Matthew 1:23)—not simply a guru, a holy man, a religious founder, a wise man, or political leader. Jesus is the only figure in history to claim to be God and back it up by living proofs.

Josh McDowell points out in Evidence That Demands a Verdict that there are three areas of Jesus’ life that point to his deity. The first represent his direct claims. These include numerous references to himself where he stated unequivocally his equality with the Father (e.g. John 10:30-33, John 14:9).

Albert Wells sums up well the unique aspect of the deity of Christ: “Not one recognized religious leader, not Moses, Paul, Buddha, Mohammed, Confucius, etc. have ever claimed to be God; that is, with the exception of Jesus Christ. Christ is the only religious leader who has ever claimed to be deity and the only individual ever who has convinced a great portion of the world that he is God.”

8. Jesus is unique is his death and resurrection.

In his own words, we learn Jesus’ purpose:

Jesus Christ came to earth to be the Savior of the world. He would fulfill the greatest act of love the world had ever seen—a holy God substituting his own agonizing sufferings on behalf of sinful people to reconcile them to Himself.

Jesus Christ, the wondrously unique God/man, died for the sins for the world and rose from the dead to prove beyond a shadow of a doubt he was more than a human being. Resurrection served as the final witness in his trial for credibility.

The evidence in overwhelming. Be honest, humble, and confess where you’ve gone wrong.

Then, put your faith in Jesus and he will save you.

You can take his forgiveness, friendship, and promises to the eternal bank of heaven.