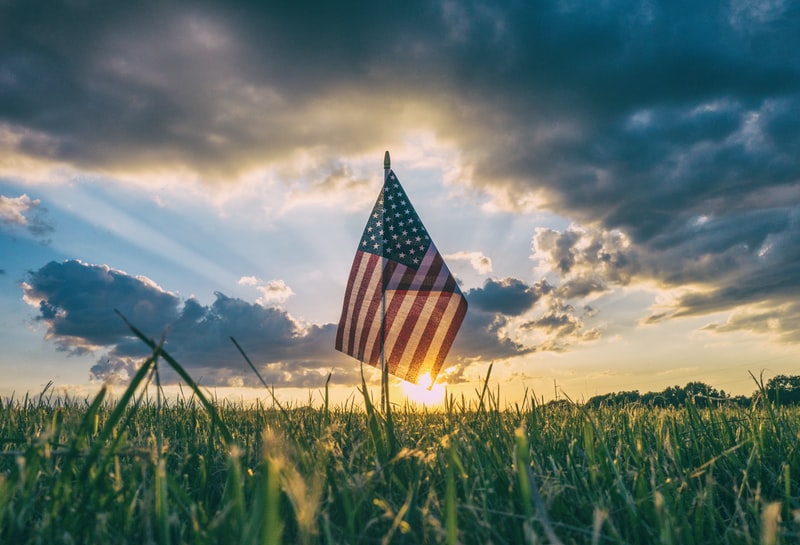 There’s Nothing Offensive About Loving Your Country

A Sammamish, Washington high school banned students from wearing red, white, and blue for its “Patriot’s Day” football game last Friday because the educators said a demonstration of patriotism could be “racially insensitive.” And “offensive” to some individuals.
The school principal said the student-led expression of patriotism could “unintentionally cause offense to some who see it differently.”

Welcome to your taxpayer-funded public “education” in an upscale suburb of Seattle. The students were stunned. And mad. So are many of the parents.

I suspect the school administration would have been fine with it, had the students led a demonstration in Seattle demanding the city give Chief Seattle his name back with reparations for it’s unauthorized use—or something similar. But not an expression of patriotism. That crosses the line.

The Instagram announcement from student leaders read: “Red White and Blue Friday. Dress in your USA Best!” The announcement has since been removed from Instagram.

Jason Rantz, a Seattle radio talk show host, says “Students wanted to do something to remember the tragic events, but staff intervened.”

NEWS: Students were set to wear red, white & blue colors at their football game to honor the lives lost on 9/11. But school staff pulled the plug. The principal said it could “unintentionally cause offense to some who see it differently.

The blow-up started when the student leadership at Eastlake High School in Sammamish, who were not even born when 9/11 occurred and upon whom accurate history is often withheld until it has been revised— wanted to make the Friday night football game an expression of pride and patriotism for our country. In honor of those who lost their lives to terrorists.

The public school would have none of it. The principal claimed “wearing those colors could unintentionally cause offense to some who see it differently.”

The school pulled the plug on the patriotic student leaders. The student body learned of the decision Friday morning during announcements. The kids are mad, confused, and disappointed. So are their parents.

Administration said it would be seen by some as “racially insensitive.”

It was then the kids began to get it—“racially” insensitive. Eastlake was playing a team from predominantly black Rainier Beach. Also a suburb of Seattle. Parents also began to “get it.”

One mother emailed Principal Chris Bede to ask what happened. She was shocked by the response.

“Our leadership teachers made this decision and explained it to students, Bede wrote. I know tomorrow is 9/11 and understand the sacrifice and values our flag represents, but I think they just don’t want to unintentionally cause offense to some who see it differently.”

However, neither Principal Bede nor district communications director Shannon Parthemer explained who would take offense. And why wearing red, white, and blue would be offensive to begin with. No one knew.

Ryan Ware is the Eastlake senior class president and member of the football team. He told Rantz that students were eager to wear red, white, and blue clothes and were disappointed by the school administration’s decision. He said, “We disagreed and were extremely disappointed. I couldn’t believe their reasoning.”

The hypocrisy in public education.

One parent says she was “stunned” by her exchange with Principal Bede. She says:

“There is always the potential that someone may be offended by something but this decision baffles me. I would argue that many more people are offended by the decision to ban the theme of wearing red, white, and blue. If there is one thing that has the potential to unite us all, it’s that we are Americans.”

That parent is not alone. On a Facebook page for Eastlake High School parents there is both outrage and concern. One parent speculates, “The equity team decided that since it was against a predominantly Black team they did not want to ‘unintentionally cause offense to some who see out flag differently’.”

I don’t believe one teacher arbitrarily made that decision. Neither do I believe a high school principal was that uninformed and unengaged. If so, they should be fired.

The point made by several students and parents points out the hypocrisy of all this. These kids are indoctrinated to celebrate homosexuality and perversion under the guise of “pride,” they are purposely confused about their own sexuality at an age where they should not even be introduced to “transgender” discussions, the history of our nation is completely revised to a so-called “founding” of 1619 rather than the actual 1776 events, and religion, especially Christianity, is banned from any public expression in these halls of deception.

I came to know the late Phyllis Schlafly quite well through the many times I interviewed her on our daily television show, and the time spent talking about the important issues in our culture. She was not a fan of public education. She once said, “Our public school system is our country’s biggest and most inefficient monopoly, yet it keeps demanding more and more money.”

Thomas Sowell, a fellow at the Hoover Institution, has said: “Whenever people talk glibly of a need to achieve educational ‘excellence,’ I think of what an improvement it would be if our public schools could just achieve mediocrity.”

I strongly encourage parents to consider alternatives to public education. God has given parents, not the state, the task of educating, or “bringing up” your children.

I’ve written on that subject many times.

When the class of 1971 was in school fifty years ago, we prayed before athletic games, enjoyed Bible as Literature as an elective class and were taught to love things like family, school, neighborhood and nation.

It’s Satanic to hate your country–and do everything in your power to diminish and destroy it.

Instead, the Scripture tells us:

“Make yourselves at home there and work for the country’s welfare. Pray for [its] well-being. If things go well for your country, things will go well for you” (Jeremiah 29:7).

We better wake up before before many of our “loves” are gone.