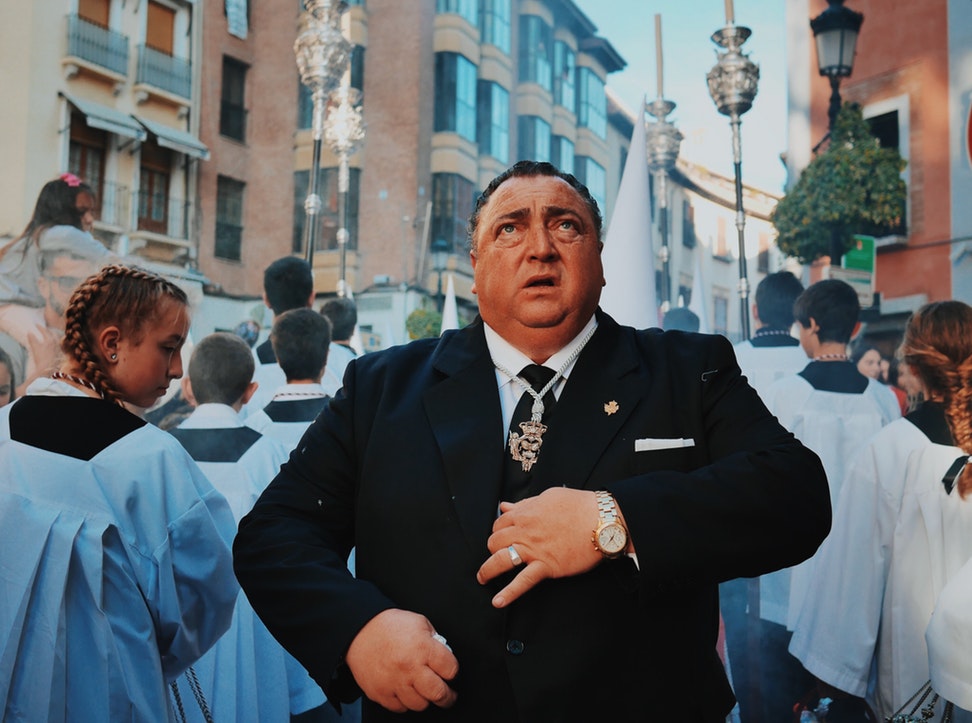 Much ado is being made this week about Donald Trump and Vladimir Putin meeting face-to-face in Helsinki, Finland.

Despite the hysteria and clarifications, I’m more fascinated with another “face-to-face” that all of us will experience one day. That interview will contain no spin, deception, or need for understanding.

Call it the shock factor of heaven.

Without exception, the most important “interview” each of us will experience will take place between each one of us and the living God.

That day takes place sometime after we die (“it is appointed for men to die once and after this comes judgment,” –Hebrews 9:27).

All of us will meet with God and be judged.

The world’s most trustworthy book (The Bible) shares very sobering and non-fake news on this subject. It reveals the stark truth about a time of reckoning we all will experience with the God of the universe–face-to-face.

Following is a sampling of 69 verses on the subject:

To summarize this amazingly clear teaching in the Bible:

After we die, God will meet us to examine our thoughts, motives, words and actions to determine our relationship to Him and His Kingdom. Those who have been reconciled through their faith in Jesus Christ will spend a glorious eternity in heaven. Those not reconciled to God will forever live away from His presence (2 Thessalonians 1:9).

That’s an interview you want to pass.

This encounter with God on the other side is usually called Judgment Day. Judgment sounds like a harsh and negative word, but it simply means justice–which is a positive and necessary concept in all governments–including God’s Kingdom rule.

The most important and lasting association of moral beings is the Kingdom of God. This global and eternal society operates by perfect justice and includes grace and mercy for the reconciled.

“Judgment” is a positive and needed term. For example, the noun form–“Judge,” as in Judge Brett Kavanaugh currently being nominated to the U.S. Supreme Court–is a positive title. If he is confirmed, he will sit in “judgment” on cases vital to protecting the God-given rights of people.

To be a judge, or exercise judgment implies bringing justice to individuals and societies. Since no human beings are infinitely wise or perfect, some judgments or acts of justice on earth get perverted.

Not in the next life. The Perfect Judge will do justly by every person (Genesis 18:25). That’s a good thing.

The universe will be set right.

Yet, it’s hard to imagine how this justice or judgment will be accomplished. Will billions of humans stand before God en masse and see their true lives judged publicly, or will the encounter be a more personal revelation, one-on one?

God can do either. Logistics are not the problem. He can expose who we really are in a group setting or He can speak (and judge) every person individually.

But he will judge. He will be just.

Which brings me to today’s point. That justice or judgment will be an incredible SHOCK to some people.

This subject came to mind as I thought about an organization and an individual who were recently in the news. Both have been engaged in really bad things for many years. They think they are doing good–helping the public–serving a need.

But the Day of Justice/Judgement will be an agonizing SHOCK to them as they learn the truth.

The group is the Freedom from Religion Foundation which has been trying to remove God and religion from every dimension of American life since 1976.  They are headquartered in Madison, Wisconsin and have members in all fifty states. The FFRF has spent 42 years denying the reality of God and trying to remove his memory from schools, courthouses, and government entities.

Can you imagine hundreds of people who have spent their entire lives denying God suddenly meeting him face-to face and realizing that everything they did was wrong?

It was all a lie.

Then I started thinking (and praying for) Cecile Richards, long-time leader of Planned Parenthood who retired from the organization recently. She spent a good portion of her life helping to kill millions of babies in the womb through Planned Parenthood’s infamous abortuaries.

She thinks she did good. But Judgment/Justice Day will reveal the opposite. Maybe she will see in visual form the masses of corpses she helped produce and body parts she sold. Maybe the actual human beings aborted under her watch will appear before her in person to testify to her nefarious deeds.

That will be quite a SHOCK. No wonder Jesus used the imagery of “weeping and gnashing of teeth” (Luke 13:28).

I do not mean to pick on the Freedom from Religion Foundation and Cecile Richards Many other individuals and groups will experience that same jolt over what they did in this life.

We might also find an opposite shocking scenario: Maybe Adolph Hitler, Pol Pot, or Joseph Stalin–all cruel dictators–became reconciled to God before they passed from this life.

They might be saved. Forgiven. Another SHOCK to be sure.

You and I will also meet with God. Any surprises or shocks there? The only way to alleviate a jolting negative face-to-face meeting in eternity is to confess your sins now (repent) and put your trust in Christ (believe).

You can go through a slight “preview” of Judgment/Justice Day in this life to be rescued forever.

Do your best to prepare for the most important “summit” of your life–and avoid the shock factor of heaven.