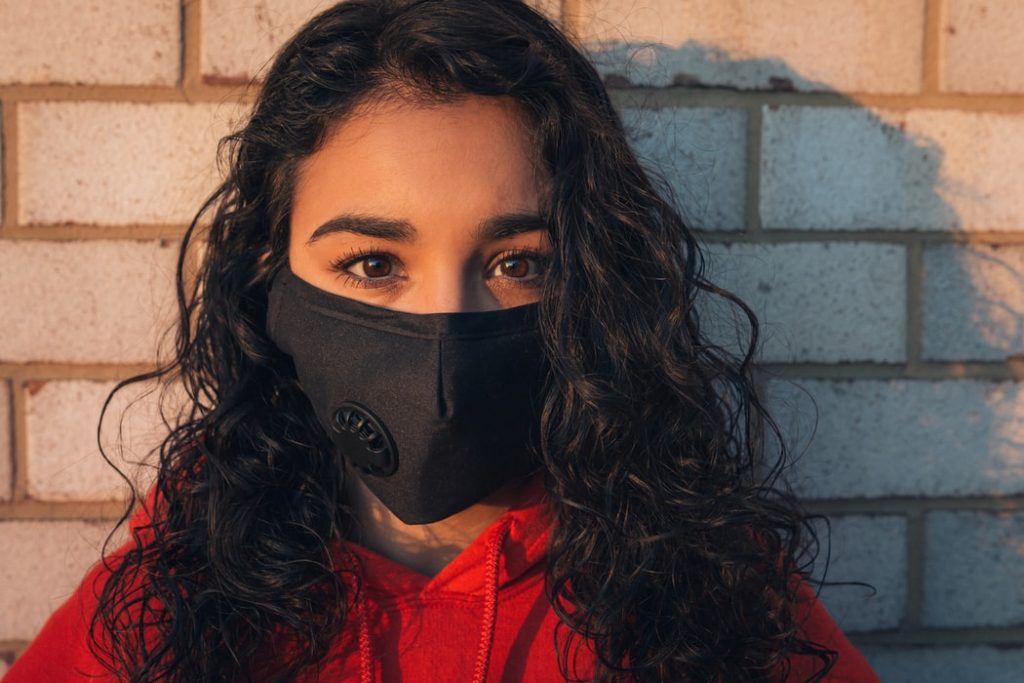 I am not going senile in the title. Yes, I know that in the Last Days, the Bible talks about the mark of the beast. Here’s the famous reference:

“Then I saw another beast rising out of the earth. It had two horns like a lamb, and it spoke like a dragon… Also, it causes all, both small and great, both rich and poor, both free and slave, to be marked on the right hand or the forehead, so that no one can buy or sell unless he has the mark, that is, the name of the beast or the number of its name. This calls for wisdom: let the one who has understanding calculate the number of the beast, for it is the number of a man, and his number is 666″ (Revelation 13:11-18).

But I have been thinking of a parallel–the mask of the Beast.

The Mask of the Beast

We now stand one year into the extensive use of masks in many American states. It’s become the new norm. This week President Biden called for indefinite mask use and for “free” states to slow down their opening up for business.

I dislike masks because it’s harder to breathe, to hear other people (for us old folks), and to enjoy the beauty of another person’s smile. It’s also more difficult to share the Good News because of the “barrier” between natural conversation.

Plus, everybody wearing masks seems a little more depressed with the headgear.

The “experts” explain that masks stop the spread of Covid 19. But a recent report from the CDC indicates that mask mandates do little good. With 2,123 counties out of 3,142 U.S. counties employing a mandate from March through December 2020, mask mandates accounted for a decrease of less than 2% in the number of COVID-19 cases and deaths.

Two percent is miniscule. That reality shows that we’re really wearing masks for nothing.

The poster child for mask mandates is Dr. Anthony Fauci, the head of NIAID. He became a cultural icon last year, appearing regularly in the Trump Covid briefings and now on many major news shows.

He said recently he was not certain when he would support ending requirements for Americans to wear face coverings, but said it was “conceivable” that he might support rolling back some “public health measures” by late fall.

“Is there going to be a time when we are going to have no masks?” Fox News’ Bret Baier asked Fauci in an evening interview. “When is that time? If you had to guess — going to a sports game, going to a theater, going to a concert without a mask?”

“We’re certainly not near there yet,” he added. “When do I think that would occur? It’s very difficult to predict, but if everything falls into the right place and we get this under control, it is conceivable that you might be able to pull back a bit on some of the public health measures as we get into the late fall of this year. But there’s no guarantee of that.”

Let’s not forget that Dr. Fauci told us early last year that was “no reason to be walking around with a mask.” Then he told us to wear face coverings. In January, he advised that Americans begin wearing two masks, telling NBC News in an interview, “If you have a physical covering with one layer, you put another layer on, it just makes common sense that it likely would be more effective.”

On March 18, 2021, Dr. Fauci spoke before a Senate hearing. Though already vaccinated and not needing to wear a mask (he can’t infect anyone), he showed up with the now customary garb.

Senator Rand Paul nailed him for the duplicity: “You parade around in two masks for show! You can’t get it again!” said Paul. “There’s virtually a zero percent chance you’re going to get it and yet you’re telling people that have the vaccine, who have immunity — you’re defying everything we know about immunity by telling people to wear masks who have been vaccinated.”

Paul pointed out that if Fauci wants people to get the vaccine, he needs to tell them it’s safe to take off their mask once they do instead of hitting them with more nanny-state control.

Paul then tweeted the truth: “Rather than listening to government scolds, look to the science of immunology: and once you’re two weeks out from the vaccine, or have recovered from the actual infection, trash your mask and live free again.”

One more angle on the dreaded masks.

In Mask Pollution – Where are the Environmentalists?,  Dr.Brian Joondeph states:

Yet, environmental groups remain silent about this new form of pollution. Why? Because environmental extremism is also about control–same as masks.

So why are we being forced to wear masks? (Though there are good people on both sides of the issue.)

I believe the mask mandate is a clever primer for future tyranny. If they can force us to wear face coverings now, they can more easily force us to receive a “mark” later. Both will be done in the name of public health or safety. But they’ll really be controlling us for their own ends.

Red State explains: “The pandemic is being used as a stalking horse for all manner of changes to society, all of which erode the autonomy of the individual and increase the power of the state.”

Mask mandates allow the bureaucrats and political chieftains to keep the fear flowing. Once deaths and cases recede, they need a new bogeyman and claiming that “new variants” pose a clear and present danger is the latest talking point.

Six months ago, we learned three important things about Covid 19. (Great Barrington Declaration): 1) Lockdowns are not necessary, 2) Masks do little good, and 3) Only the elderly and health-compromised are at high risk. We also should know by now that progressives desire to depress or crash capitalism (to make way for socialism), mainstream fear, and create government dependency and submission.

We are being discipled to accept totalitarianism in the Western World. It’s already prevalent in many other nations. America is the final prize.

The mask of the beast is simply a prelude to the mark–and everything that precedes it. We are being conditioned for tyranny.

“As for me, give me liberty of give me death.”