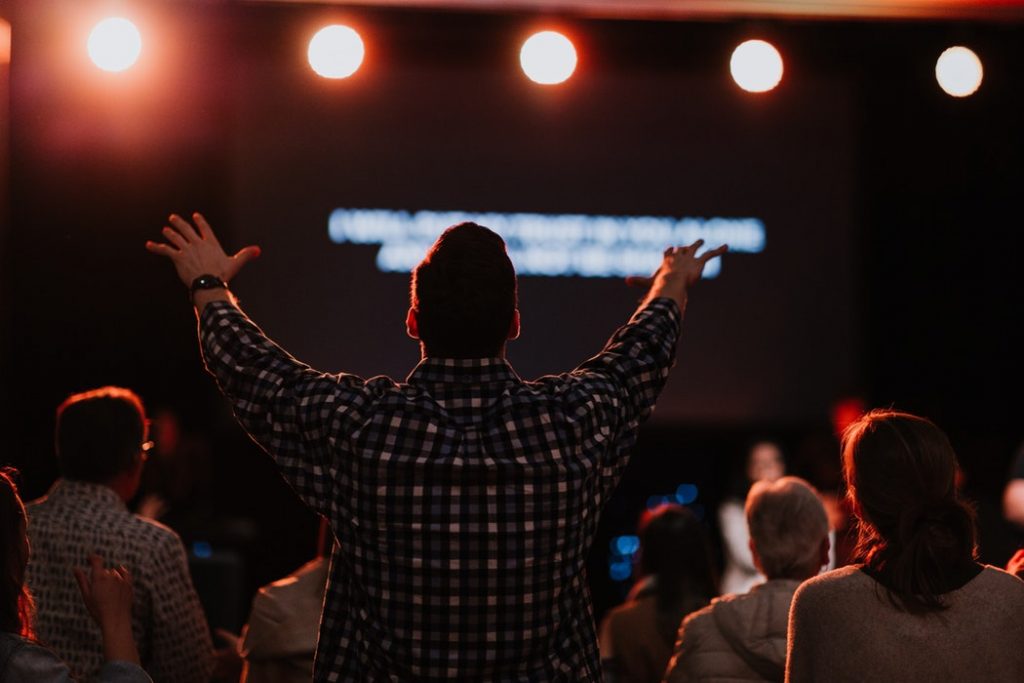 We humans have a penchant for imbalance–in many areas of our lives.

We put on weight, we lose it. We discipline our kids “by the book” as young parents and spoil rotten our grandchildren. We huff and puff about the importance of telling the truth, then succumb to crafting  little white lies.

We do the same thing with the Good News of Jesus Christ. On one hand we know that God hates sin–and we should also. But other times we lavish grace and forget about right and wrong.

On February 23, 2019 God gave the United States a lesson in the balance and wholeness of the Good News.

We saw the complete gospel on one special day.

I’m sensitive to this subject because for years and I didn’t understand the totality the Gospel message. A recent project I’ve begun makes it clear.

Because of wise advice given to me as a young follower of Jesus, I began keeping a spiritual journal on October 30, 1972. I’ve continued to note the important details of my life for the past 47 years.

Since 1988, I’ve recorded God’s blessings, dealings and guidance via computer. But, for the first fifteen years of my journal, I wrote everything by hand.

God nudged me recently to type those first first fifteen years into WORD so their content can be easily used in some future books. I estimate it will take 18 months to accomplish, and when finished, my fifty years of serving Christ might number over 2,000 pages.

As of today, the transcribing has covered October 1972 to April of 1974. Typing what I wrote at age 19-21 brings back many  memories of God’s work in my life, and also the failings of my youth.

One theme stands out as I read my own words. In the early part of the journal, I was very confused about the Gospel message.

Here’s what I mean.

I grew up in a nominal religious home and church that downplayed the concept of sin. I was taught that we all sinned “in thought, word and deed” every day and should be grateful for the grace that we are all “children of God.”

For me, that meant I could conveniently persist in my life of selfishness while appearing religious.

In the fall of ’72, a wise New Zealand mentor inspired me to do two critical things–keep a journal and read the Bible personally for the first time. This encounter with Scripture made me realize I was leaving out that God wants us to be holy (1 Peter 1:16), sin is horrible and took Jesus to the Cross (Prov. 8:13), that those who are born of God do NOT practice habitual sin (1 Peter 3:9).

That’s when I learned I was imbalanced–favoring grace and faith while minimizing repentance and obedience.

Transcribing my early journal showed these light bulbs going off  regarding the complete message of gospel:

December 27, 1972 – “The seven letters to the seven churches. All need to repent and all need endurance. As a Christian I need to endure, to trust God ‘til the end.’ Belief is not a one-day experience.”

January 13, 1973 – “Jesus wants people who will repent. People who will ‘turn from’ their pride and miserableness and have faith in Him. The gospel is a word of repentance” (Luke 13:3,5).

These entries show that in the early years of my Christian life I needed a course correction in my understanding of the Good News.

Especially repentance–because it was missing. I liked faith and grace but didn’t understand the importance of turning away from sin.

Both are vital. Both are necessary for being reconciled to God.

In fact, they were Jesus’ first recorded words when He began His public ministry: “The time has come,” he said. “The kingdom of God has come near. Repent and believe the good news!” (Mark 1:15).

This message makes perfect sense. We need to hate, confess, and reject sinful behavior in our lives while trusting Jesus to forgive, transform and empower us.

You can’t really have one without the other.

On February 23, 2019, God brought this complete message of the gospel to the American nation in the form of two complementary events/visions sent from heaven.

The Day of Mourning and The Send

“On Saturday, February 23, two major events took place, one in Orlando, Florida, and the other in Albany, New York. Both were sponsored and led by evangelical Christians, both events drew thousands, but the fact they took place on the same day was entirely providential. This was not a matter of human planning.”

God was teaching us about repentance and faith.

The Day of Mourning focused on repentance:

“Today, in places like New York City, they are taking joy in destroying their children. The state of New York has crossed a line of inhumanity that should drive us to our knees. Forty-six years of the state-sanctioned killing of our most helpless and defenseless children should cause us to weep, to mourn, and to take action.”

“We are calling for a national Day of Mourning and repentance. We are in desperate need for God to move upon the hearts of young and old in our nation. If our hearts do not break over the killing of these little image bearers of God in the womb, then how can we expect those growing up in this lost, confused and decadent culture to take our message seriously?”

Ten of thousands across the nation participated in the “Day of Mourning.” I took part in repentant prayer at Faith International University.

“The Orlando event, called ‘The Send,’ had been scheduled many months in advance, and was held in the Camping World Stadium in Orlando, Florida. Dozens of Christian speakers and artists called the 30,000 youth in attendance (and many more live-streaming the event) to radical prayer, fasting, and evangelism.”

This was a sovereign call to faith. Each participant committed to adopt one of ‘4 Mission Fields’: Universities; High Schools; Neighborhoods; Nations.

We, again, participated at FIU by asking God to send out more laborers.

If America and the world ever needed a complete gospel message, that time is now. We need to repent of our sins and believe God for change. Not one without the other.

God pointed us the right direction on one special day.

Will we now practice both repentance and faith until revival comes?

Posted in Abortion, Evangelism, General, Missions, Revival and tagged Day of Mourning, Faith, Repentance, The Send
← The Most Unsafe Space in the WorldWhile the People Are Virtuous →