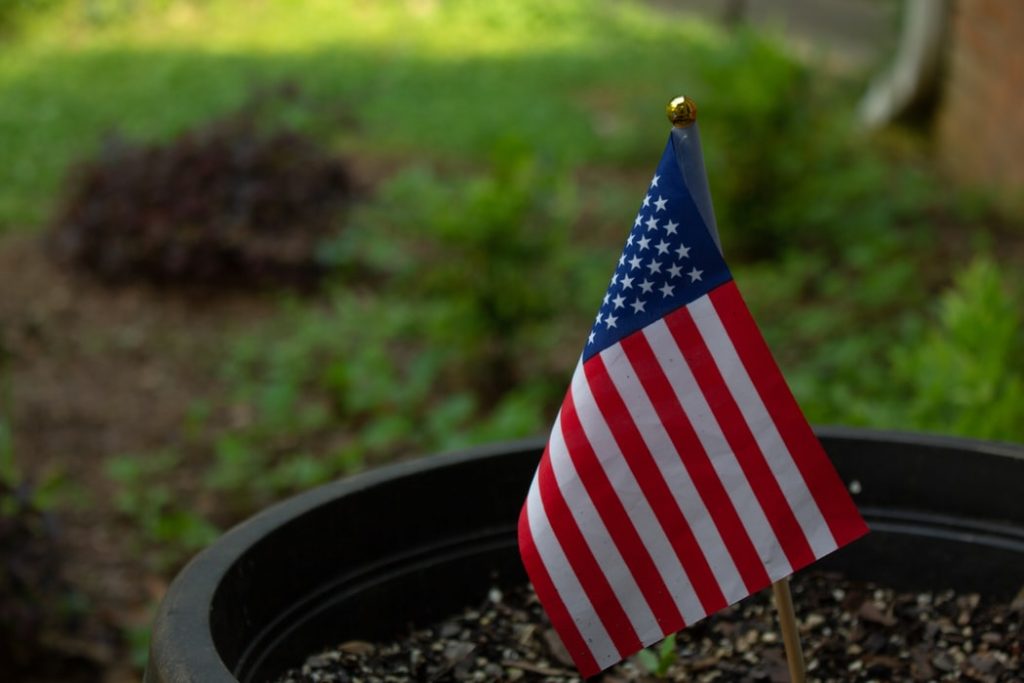 For part of my life I viewed the word “democracy” as synonymous with America, apple pie, and everything decent and good.

For example, in 1917 Woodrow Wilson proclaimed America’s entrance into World War I as a crusade to make the world “safe for democracy.”

But is democracy really a good thing?

Is Democracy a Good Thing?

The current Merriam-Webster gives the following definition of democracy:

a: government by the people, especially the rule of the majority.

b: a government in which the supreme power is vested in the people and exercised by them directly or indirectly through a system of representation usually involving periodically held free elections.

Most of this sounds good but note in this modern definition the authors stress the idea of “majority rule.”

The founding fathers and political thinkers in early America knew that majority voting was helpful, but they didn’t like democracy overall because they knew it could become mob chaos as they were currently witnessing in the French Revolution.

Blood was flowing in the streets of Paris–and all in the name of the majority (the people).

It’s the best book on the subject I’ve ever read.

He explains there must always be control in human governments because people are fallen–and need restraints. For example, democracies concentrates power in mob rule (French Revolution). Monarchies or dictatorships govern through powerful people (Kim Jong-un of North Korea).

The “third alternative” is the 4000-year leap–the genius of America’s founding fathers. They centered power in a virtuous and knowledgeable people and republican principles based on the “Ten Commandments of God” (James Madison).

In other words, human governments are only as good as the people and rule of law.

Thus, wise folks and political philosophers have always preferred republics over democracies. Why? Because republics tether their leaders–whether kings, elected representatives or the people–to a written standard of conduct that nobody can change (easily).

For the Old Testament nation of Israel, the written code was the Ten Commandments–which could not be altered by a vote of the people. In early America, the uncompromising standard was the United States Constitution.

Republics protect the God-given rights of people–in stone or words.

Worldviews tend to produce certain forms of government. Atheism begets socialism, communism, dictatorships, and the unrestrained impulses of mobs (democracy). Atheists don’t believe in God-given rights or commands because they reject the Author.

America is a constitutional republic–not a democracy (unless we devolve into the abyss).

One of my favorite writers agrees.

Democracy is Another Form of Tyranny

“During President Donald Trump’s impeachment trial, we’ll hear a lot of talk about our rules for governing. One frequent claim is that our nation is a democracy.”

“If we’ve become a democracy, it would represent a deep betrayal of our Founders, who saw democracy as another form of tyranny.”

“In fact, the word democracy appears nowhere in our nation’s two most fundamental documents, the Declaration of Independence and the U.S. Constitution. The Founders laid the ground rules for a republic as written in the Constitution’s Article IV, Section 4, which guarantees ‘to every State in this Union a Republican Form of Government.’”

“John Adams captured the essence of the difference between a democracy and republic when he said, ‘You have rights antecedent to all earthly governments; rights that cannot be repealed or restrained by human laws; rights derived from the Great Legislator of the Universe.’”

“Contrast the framers’ vision of a republic with that of a democracy. In a democracy, the majority rules either directly or through its elected representatives. As in a monarchy, the law is whatever the government determines it to be. Laws do not represent reason. They represent power. The restraint is upon the individual instead of the government.”

“Unlike that envisioned under a republican form of government, rights are seen as privileges and permissions that are granted by government and can be rescinded by government.”

“Here are a few quotations that demonstrate the contempt that our Founders held for a democracy. James Madison, in Federalist Paper No. 10, wrote that in a pure democracy, ‘there is nothing to check the inducement to sacrifice the weaker party or the obnoxious individual.’”

“At the 1787 Constitutional Convention, Edmund Randolph said that ‘in tracing these evils to their origin every man had found it in the turbulence and follies of democracy.’”

“Alexander Hamilton agreed, saying: ‘We are now forming a republican government. [Liberty] is found not in the extremes of democracy but in moderate governments. … If we incline too much to democracy, we shall soon shoot into a monarchy.’”

“John Adams reminded us: ‘Remember, democracy never lasts long. It soon wastes, exhausts, and murders itself. There was never a democracy yet that did not commit suicide.’”

“John Marshall, the highly respected fourth chief justice of the U.S. Supreme Court, observed, ‘Between a balanced republic and a democracy, the difference is like that between order and chaos.’”

“Thomas Paine said, ‘A Democracy is the vilest form of Government there is.’”

“The framers gave us a Constitution replete with undemocratic mechanisms. One constitutional provision that has come in for recent criticism is the Electoral College. In their wisdom, the framers gave us the Electoral College as a means of deciding presidential elections. That means heavily populated states can’t run roughshod over small, less-populated states.”

“Were we to choose the president and vice president under a popular vote, the outcome of presidential races would always be decided by a few highly populated states, namely California, Texas, Florida, New York, Illinois, and Pennsylvania, which contain 134.3 million people, or 41% of our population.”

“Presidential candidates could safely ignore the interests of the citizens of Wyoming, Alaska, Vermont, North Dakota, South Dakota, Montana, and Delaware. Why? They have only 5.58 million Americans, or 1.7% of the U.S. population.”

“We would no longer be a government ‘of the people.’ Instead, our government would be put in power by and accountable to the leaders and citizens of a few highly populated states. It would be the kind of tyranny the framers feared.”

“It’s Congress that poses the greatest threat to our liberties. The framers’ distrust is seen in the negative language of our Bill of Rights such as: Congress ‘shall not abridge, infringe, deny, disparage, and shall not be violated, nor be denied.’”

“When we die, and if at our next destination, we see anything like a Bill of Rights, we know that we’re in hell because a Bill of Rights in heaven would suggest that God couldn’t be trusted.”

I’d like to ask for your prayers today for legendary radio-broadcaster Rush Limbaugh who announced to his audience yesterday he’d been diagnosed with advanced lung cancer.

For thirty years Rush has been the clearest thinker in America on republican governments and their principles.

Let’s pray for him and carry on.