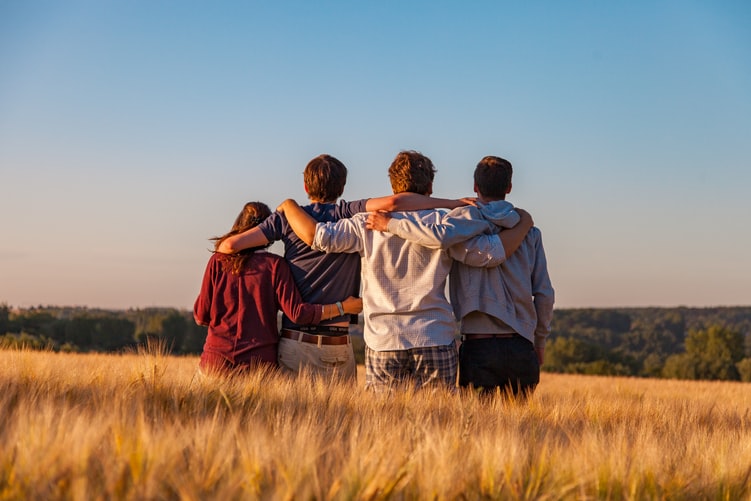 The National Day of Prayer is this Thursday, May 5. I encourage you to spend special time talking to God.

The more you pray, the more you’ll understand God’s burden for people and nations. And you’ll learn that God is love (1 John 4:8).

The world understands little about real love. For some, it is equated with sexual desire and lust. For others, it is a mood that you can fall in or out of. The confusion exists because we’ve separated the definition of love from its author and greatest expression, Jesus Christ.

Love is the key to our 21st century problems. But how must we live it?

Real love–what the Bible calls agape love–is a choice that comes from the heart based on purity of motive and rightness of knowledge. It can be summed up in this definition: Love is choosing to do what is best for another person from God’s perspective.

Sometimes love is accompanied by strong feelings; other times it is a difficult decision made in the absence of any supportive emotion. But real love always does what’s best for another–from God’s point of view. That’s why sexual lust isn’t love. It only takes for itself and hurts others in the process.

One of the best known verses in the Bible defines love very clearly:

“God loved the world so much that he gave his one and only Son so that whoever believes in him may not be lost, but have eternal life” (John 3:16).

So, how does real love show itself? Let’s look at three forms.

Real Love is Gentle and Compassionate

I have heard it said that the six-word autobiography of Jesus Christ is found in Mark 8:2 where Jesus said, “I have compassion on the multitudes (New King James Version).”

When faced with the needs of the people in Palestine, Jesus showed mercy and compassion. He healed the sick. He encouraged the distressed. He fed the poor. He opened the eyes of the blind.

Love shows itself in gentle acts towards those in pain. Whether it’s directed toward a child with a skinned knee, a person without food, or a friend who is distraught, the loving person attempts to alleviate suffering.

Some years ago while I was doing some street evangelism with two young people in a needy area of Seattle, we came upon a man slumped on a dirty bench at a bus stop. It was obvious that he was cold and hungry. One of the young people immediately ran back to our meeting place for a supply of sandwiches. Tears came to the man’s eyes as we served him and talked and prayed about his future.

But love does not always show itself in kind and compassionate actions. Contrary to Sunday school myth, “gentle Jesus meek and mild” is an incomplete picture of our Savior. Sometimes Jesus’ love took a different form.

Real Love Can Be Strong and Angry

We all remember the story of Jesus and the moneychangers in the temple (one account of the action is found in John 2:14-16). When Jesus went to the temple in Jerusalem, instead of witnessing prayer and devotion, He saw greed and corruption among those buying and selling cattle, sheep, and doves in and near the house of God.

What was His response?  He crashed over the money tables, sending coins bouncing in all directions. In the end, He shouted above the roar, “Take these things out of here! Don’t make my Father’s house a place for buying and selling.”

A loving response? Jesus’ actions were a perfect expression of doing what was best toward those with greedy and hardened hearts. Strong, righteous indignation was called for. This was no less an act of love than the compassion shown to the multitudes.

Another example of “tough love” is found in Matthew 23 where Jesus gets involved in “loving” the scribes and Pharisees.

Woe to you, teachers of the law and Pharisees, you hypocrites! You shut the kingdom of heaven in men’s faces. You yourselves do not enter, nor will you let those enter who are trying to. You blind guides! You strain out a gnat but swallow a camel. You clean the outside of the cup and dish, but inside they are full of greed and self-indulgence. (Matthew 23:13,14,24-26,33).

Most of us don’t associate these words with love. That’s because we’ve been brainwashed to think that being “loving” means being gentle, warm, and fuzzy.

Everything Jesus did was a manifestation of the love of God. We need to understand that even earthly judgment is a loving act of God. It is designed to bring people to repentance and saving faith. As C.S. Lewis pointed out, judgment is simply a severe form of mercy (love).

As parents, my wife and I know well this aspect of love. Many times we have wept with righteous concern as we disciplined a disobedient child. We love them enough to do what’s best for them. It would be an easy thing not to discipline, but not a loving thing.

Real Love Gives and Sacrifices Itself

Another aspect of love is the willingness to sacrificially give of yourself for the benefit of another person. Again, we see an example of this in the life of the Lord Jesus. Paul tells us in Philippians 2:5-8:

In your lives you must think and act like Christ Jesus. Christ himself was like God in everything. But he did not think that being equal with God was something to be used for his own benefit. But he gave up his place with God and made himself nothing. He was born to be a man and became like a servant. And when he was living as a man, he humbled himself and was fully obedient to God, even when that caused his death–death on a cross.

The final act of Jesus’ love mission to the world was to lay down His life for us. Others have followed Jesus’ example. In times of war or crisis, they have “laid down their lives for their friends.”

But the benchmark is Jesus.

As we’ve seen, love shows itself in many different forms. Love is, really, an action that responds appropriately to the state of the heart it is encountering. If the heart is broken and tender, love can take gentle forms. If the heart is hardened, strong measures are called for.

Over the past seven weeks, we have looked at seven character qualities that will enable us to survive the coming era and even thrive in it. Let it be firmly established in your mind that calling is contingent upon character.

A few years ago, after speaking on this subject to a group in Texas, I noticed a young girl waiting her turn to chat with me near the podium. She approached the lectern, looked me in the eye, and said very quietly, “You’ve given us your best, haven’t you?”

Her remark stunned me. Was this teaching on good character the most exciting, most eloquent, most electrifying speech that she had ever heard? Had I just delivered my most moving sermon ever? I certainly didn’t think so.

Then it dawned on me what she meant. I nodded and replied, “Yes, you’re right. I’ve just told you the best advice I know to help you lead a godly and fruitful life.

And now I’ve told you what is necessary to survive and thrive in the coming days.

Let’s display the character of Jesus for the glory of God.