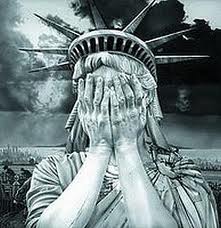 Like most people, I’ve been sickened by the recent media war between President Trump and CNN (and the rest of the liberal media at large).

I hope the feud settles down this Fourth of July as we remember the birth of our nation 241 years ago. As one author termed it, the emergence of the USA in 1776 was a “5000 year leap forward” in liberty and civil government.

The media war is a huge step backwards. Who is to blame? What is to be done? Here’s my perspective and advice to Donald Trump, the American press, and the people of the United States.

You’re probably aware that the American liberal media (The New York Times, Washington Post, the three major television networks (ABC, CBS, and NBC), two of the three major cable networks (CNN and MSNBC), and many secular-left newspapers and publications have a visceral hatred for Donald Trump and the policy changes he wants to bring to America.

Theirs is a two fold anger: They loathe Donald Trump personally for his bellicose style and wealth, and they  hate him corporately for disrupting and possibly reversing the recent strides of progressivism.

Just eight years ago, that same media idolized Barack Obama because he championed secular diversity (as opposed to biblical faith and traditions), promoted a weaker America abroad (as opposed to military leadership and strength), and embraced globalism leading to one world possibilities (as opposed to national sovereignty and interests.)

Obama weakened the uniqueness of America as a faith-based nation. Though Hillary Clinton lacked charisma, the liberal elites supported her as a third and fourth term of Barack who could finalize the job of  “transformation.” What our founders fought and died for 241 years ago would be erased by the soft-tyranny of an enlarged secular state.

Hillary’s reign would be the capstone.

Then they cried and went crazy when the “revolution” fell short. And not only that, the forgotten men and women of the Rustbelt and people of faith nationwide emerged as the wretched “deplorables” that carried Donald Trump to the most stunning political victory in US history.

They’ve never gotten over that loss. They hate Donald Trump’s brashness, his combative style, and his inexperience in Beltway politics. They truly despise his loading the Cabinet (and Supreme Court ala Neil Gorsuch) with faith-based people to turn back the progressive clock on regulations, immigration, religious liberty, national security, and soon to come–health care and tax cuts.

They must stop Trump and this movement at all costs–hence, the fake news/all-out war to bring him down.  70% of the American people now understand that much of the “news” they consume is not true.

Let me give you today’s Exhibit A.

My family subscribes to the Seattle Times, the major newspaper for western Washington. It is the primary news source for one of the most liberal cities in America. Seattle is the “Boston” of the western seaboard–largely committed to a secular progressive agenda.

Washington was the first and only state to legalize abortion through a vote of the people. Seattle has a homosexual mayor and a rabid Socialist on the City-Council. We are currently the laughingstock of the nation because we unwisely raised the minimum wage to $15–forcing the poor to lose ground and jobs. State and county regs make affordable housing difficult (the average home in Seattle is now over $1 million).

How does the Seattle Times promote the liberal, anti-Trump agenda? Here’s what I saw just this morning:

And that’s just one day–in one newspaper. The silence (of good), the spin, and the downright “fake news” reporting in the past six months borders on breath-takingly intentional.

I have never seen so many media lies in my life. And I have a theory–then some advice for the president, the media, and all Americans.

Samuel Adams prophesied in 1779 that:

“A general decay of principles and manners will more surely overthrow the liberties of America than the whole force of the common enemy. When the people are virtuous they cannot be subdued. But once they lose their virtue, they will be ready to surrender their liberties to the first external or internal invader. If virtue and knowledge are highly valued among the people, they will never be enslaved. This will be their security.”

Over the past two generations, the biblical values of virtue and knowledge have been greatly eroded by secular relativism. With godly restraints disappearing, and many Americans grossly ignorant and immoral, the liberal media is emboldened to displace truth-seeking with lies to advance their agenda. In today’s cultural environment, they can get away with it.

An internal invader–bad character–is destroying our liberty as a people.

Advice for the Liberal Media: Admit the bias and conspiracy. Fire some of your top propagandists and replace them with old-fashioned truth-seeking journalists. Drop the phony Russia conspiracy and go back and fight for the God-given rights of the average citizen. Your ratings will “leap” as you return to reporting the truth.

Advice for President Trump: Don’t stop tweeting. You need to go directly to the American people in this environment of deception. But avoid personal attacks and vulgarities. Refute the lies with facts and tout the vision and accomplishments of your Administration. You rose to become a successful businessman. Now rise to become a godly man. The number one character quality of a leader is self-control. Master it.

Advice for We-the-People: Use this Fourth of July to re-commit yourself to love of God, family, faith and freedom. Pray for the Holy Spirit to cleanse your own life of sinful lies and lead you forward. Turn off and turn away from the voices of deceit. Instead, “Whatever is true, whatever is noble, whatever is right, whatever is pure, whatever is lovely, whatever is admirable–if anything is excellent or praiseworthy–think about such things” (Philippians 4:8).

Let’s win the cultural war with the weapons of virtue, knowledge, and self control.

Now that’s worth fighting for.

Posted in Character, Culture, Freedom, Leadership, Politics and tagged CNN, Donald Trump, Media War
← Did Donald Trump Save America?Why Free Speech in the 60s is Being Banned This Century →