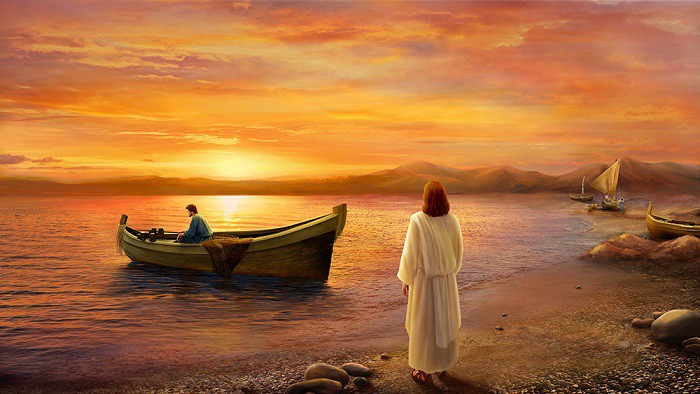 Many people’s hopes were dashed by the midterms–including me.

Let’s leave those doldrums behind this week to glimpse God’s redeeming power in a person’s life.

God can bring hope after failure to nations also.

Let’s put ourselves right into the story…

Under cover of a hazy moonlight, an angry crowd approaches the garden. Their torches and lanterns are the only things that signal their approach. They are carrying weapons.

There’s Judas! Peter gasps. Judas is leading the High Priest and a group of soldiers. Rousing himself from the spot where he, James, and John had fallen asleep, Peter bolts to his feet and turns to face the mob.

Jesus had admonished him about falling asleep and not praying. His Lord looks drained yet determined. They’ve been to the Garden of Gethsemane many times before, but nothing like this ever happened. Peter trembles.

“Master,” Judas breaks the silence with brazen hypocrisy and yet timidity in his voice. Drawing close to Jesus, he greets Him with the traditional Hebrew kiss, though never looking Him in the eye. Jesus answers him back with anguish and concern in His voice. Peter can’t quite hear the words, but he knows something is wrong.

They’re going to arrest him! Peter suddenly realizes. His mind is now alert and adrenalin is rushing through his body. James, John, and I are the only ones who can save him.

Guards step forward to bind the arms of Jesus. Peter draws his sword to protect his Lord and friend. Peter’s sword connects with human flesh, sending one of the men writhing to the ground with a blood-curdling scream. Lying next to him, a small object is staining the ground crimson.

The man looks up at Peter in horror. Peter’s stomach twists into knots. He has just cut off the right ear of the high priest’s servant. Peter knows that he has just messed up.

Maybe enough to cost him his destiny.

I remember meditating on this story found in Luke 22:47-53 and John 18:1-14. What an incredible night that must have been in the Garden of Gethsemane. After gently rebuking Peter, James, and John for failing to keep watch with Him, Jesus was confronted by Judas leading the temple guards to arrest Him. In the bedlam that followed, Peter, in impulsive rage and protectiveness, drew his sword and cut off the ear of the high priest’s slave.

To understand the significance of Peter’s blunder, we need to turn back to an earlier scene in Peter’s life.

What a week! Healings every day. Four thousand people fed from seven loaves and a few fish. Peter was sure that Jesus was no ordinary man. And Jesus chose me to be one of his close followers, thought to himself as the twelve walked with the Lord along the dusty road to Caesarea Philippi.

Will He establish His kingdom soon? the young apostle wondered. What role will I play in this glorious new age?

Coming to a grove of olive trees that shaded a well-used rest area for travelers, Jesus instructed His disciples to stop for a moment to refresh themselves. As they sat on the ground at His feet, Jesus surprised them with a question.

“Who do you say I am?” asked the Master. Peter rose with the confidence of one who knew.

“You are the Christ, the Son of the living God.” He spoke with great conviction and then sat down. Every eye was now focused on Jesus. They all awaited confirmation.

Jesus didn’t answer them directly. (He rarely answered them directly.) Looking down the corridor of time, he looked into Peter’s eyes and imparted to him a sense of destiny:

Peter sat dumfounded. Jesus had just given him a new name. Didn’t that happen only when God was about to use an individual in an unusual way?

Jesus put His arm around Peter as the group headed back down the road. He loved this rough, tough fisherman. The Father had shown the Son that this boisterous, impetuous man–Simon Peter, the fisherman–was destined to be the leader of the disciples and the early church.

But He also knew that Peter would need some help along the way.

BACK TO SCENE TWO

Peter, the “rock” upon which the early church was to be built, had committed not just an impetuous act, but a crime:

• He had assaulted a person with a deadly weapon.
• The evidence was clear–the ear had been cut off.
• The victim wasn’t just any person. He was the slave of the High Priest.
• He would certainly go to prison. He had messed up big time.

Peter’s story is not unique. The Bible says that we “all have sinned and are not good enough for God’s glory” (Romans 3:23). None of us–except Jesus–have lived perfect lives. Somewhere along the line, all of us have messed up.

Fortunately, our loving Father does not just write us off. He is always working to redeem our wrong choices and mistakes.

The Bible’s list of resurrected destinies is almost endless: Abraham, Jacob, Joseph, Moses, Samson, David, Hezekiah, Elijah, Jeremiah, Daniel, Job, Paul, and yes–Peter. All sinned and put their destiny either in jeopardy or on hold. But God came through to offer them new life and hope and propel them forward. The key was God’s grace and willingness to give them another chance.

And God wasn’t through with Simon Peter.

Sweat dripped off his brow as Peter looked at the damage he’d inflicted. Blood was streaming down the neck of the high priest’s slave. Jesus broke the silence. “Peter,” He said, “put your sword back. Shouldn’t I drink the cup the Father gave me?”

Peter blinked back tears. It seemed that all hope was lost with the arrest of his Master and Lord.

But Jesus stepped forward and put His hand on the slave’s bloodied head. When He pulled His hand away, a new ear had replaced the old one.

The crowd gasped.  Peter had been delivered from his crime.

After denying the Lord Jesus and experiencing His crucifixion and resurrection from the dead, Peter went on to fulfill his calling as the leading apostle of the early church. Yes, he’d messed up. He’d done wrong. But God was ready to make all things new and restore him to the pathway of obedience.

The same is true of us. Some of you may have stepped off the roadway of God’s plan for your life.

• Maybe it was due to abusive and ungodly parents.
• The grief and heartache of divorce.
• Years wasted with alcohol, drugs, or sexual sin.
• Committing a crime.
• Or years spent in apathy and ignorance.

No matter how you’ve messed up, God specializes in healing and restoration. He doesn’t always take away all the consequences of sin. But He longs to show us mercy and remake us into His image.

If you’ve messed up, be encouraged. Messing up makes us candidates for grace. He restored Peter. He’ll do the same for you and me.

He’ll also do the same for repentant nations.

Keep watching and praying for his redemptive power.