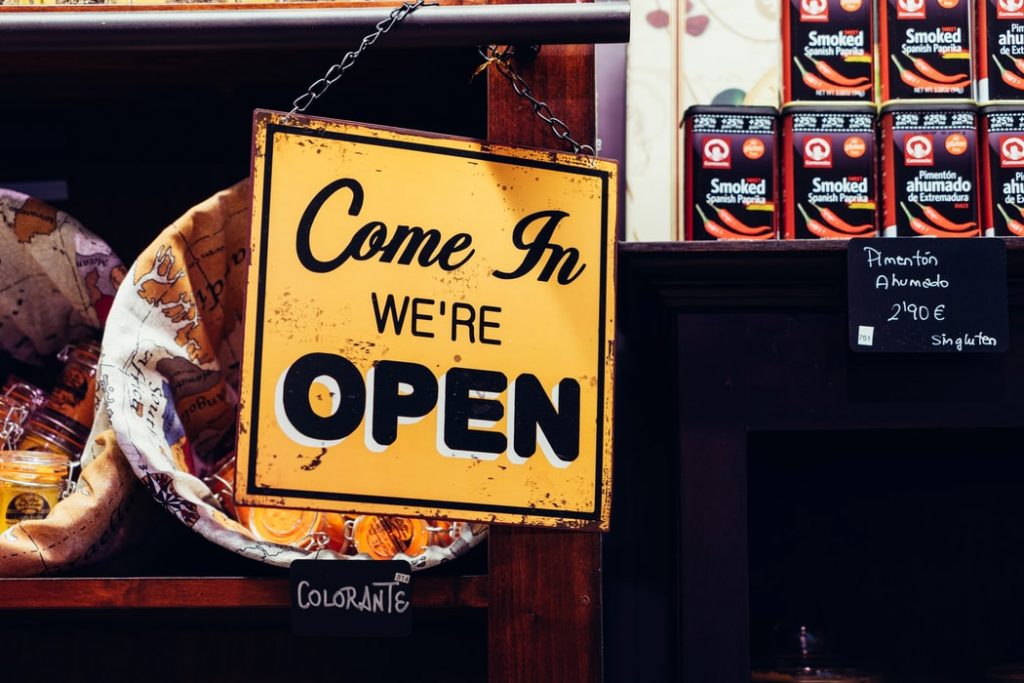 I was tempted with two titles for today’s article. The first was “Herd to Control or to Heal?”

Some experts believe herd immunity helps us to heal (fight disease) naturally. They think it would have been the wisest response to the coronavirus pandemic.

Others, in the name of health concerns, are using the virus to “herd people” under their control. That’s what will happen in the Last Days when a charismatic global figure will deceive the masses of the world for evil purposes.

I talked about a “trial run” for tyranny last week. Today I want to focus on dealing with the COVID-19 lock down with a title that states the obvious:

Reopen the economy and never close it again.

END_OF_DOCUMENT_TOKEN_TO_BE_REPLACED 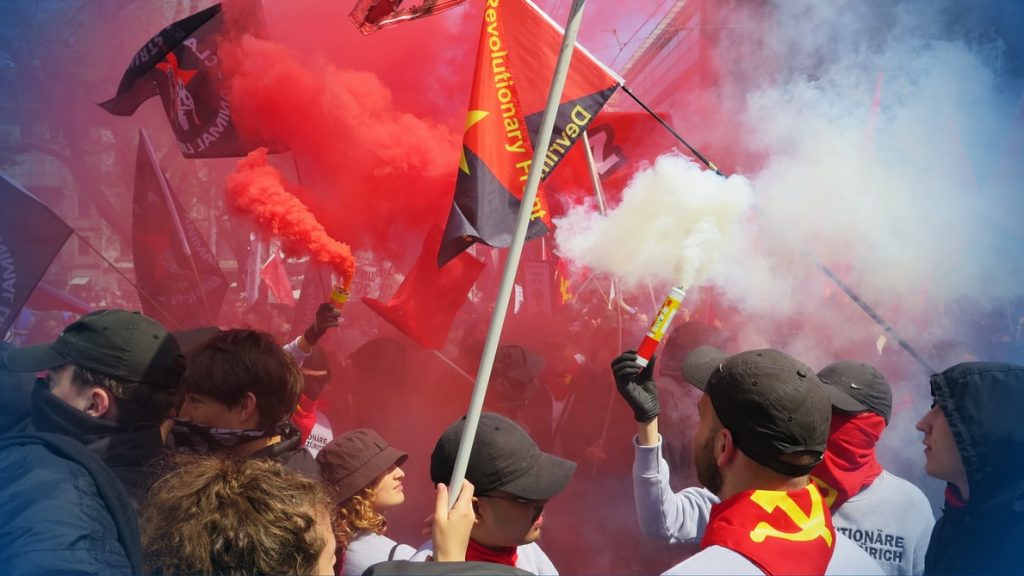 My faith is somewhat restored in the American voter after Joe Biden’s Super Tuesday surge lifted him once again to front-runner status for the Democrat nomination for president. After winning nine states, he leads Bernie Sanders in the delegate count by about sixty delegates (though Joe looks every bit his 77 years of age and appears to be in early stages of dementia).

But Bernie Sanders won four states including nearly one million votes in the big enchilada of California. This despite being an ardent atheist/socialist who hates America, who never really had a real job, became a millionaire through nepotism/capitalism, and whose ideas would crash the American economy and probably lead to a totalitarian government.

How could anybody in their right mind vote for him?

Because socialism has three aces in its deck of cards (but also two jokers).

I’ve written a few articles this past year on the evils of socialism. I never believed that Marxism/socialism/communism–all fruits of the same atheistic political tree–would become fashionable in the West in my lifetime. After all, this centralized philosophy brutally killed over 100 million people in the 20th century, imprisoned billions behind an Iron/Bamboo Curtain and led to misery everywhere it was tried.

Lee Edwards of the Heritage Foundation points out how India, Israel and the United Kingdom also dabbled in socialist waters before seeing the light.

Here’s his summary in Three Nations That Tried Socialism and Rejected It:

“As we have seen from our examination of Israel, India, and the United Kingdom, the economic system that works best for the greatest number is not socialism with its central controls, Utopian promises, and OPM (other people’s money), but the free-market system with its emphasis on competition and entrepreneurship. All three countries tried socialism for decades, and all three finally rejected it for the simplest of reasons—it doesn’t work.”

“Socialism is guilty of a fatal conceit: It believes its system can make better decisions for the people than they can for themselves. It is the end-product of a 19th-century prophet whose prophecies (such as the inevitable disappearance of the middle class) have been proven wrong time and again.”

“According to the World Bank, more than 1 billion people have lifted themselves out of poverty in the past 25 years, ‘one of the greatest human achievements of our time.’ Of those billion, approximately 731 million are Chinese, and 168 million Indians.”

“The main driver of this uplift from poverty has been the globalization of the international trading system. China owes most of its success to the trade freedom offered by the U.S. and the rest of the world.”

“The latest edition of Index of Economic Freedom from The Heritage Foundation confirms the global trend toward economic freedom: Economies rated ‘free, or mostly free’ enjoy incomes that are more than five times higher than the incomes of ‘repressed economies’ such as those of North Korea, Venezuela, and Cuba.”

“Whether we are talking about the actions of an agricultural country of 1.3 billion, or the nation that sparked the industrial revolution, or a small Middle Eastern country populated by some of the smartest people in the world, capitalism tops socialism every time.”

If what Edwards says is true (and I agree), then why are millions of Americans in 2020, especially younger Americans, voting for their own demise?

Because socialism has “three aces” in its deck of cards that make it very attractive.

Socialism appeals enticingly to our fallen nature which tends to put ourselves first and finds it natural to take the easy road over that of self-control and hard work. In our “flesh,” we want as much “free stuff” as we can get–which remains the huge draw of Bernie’s message. Free healthcare. Free college. Free housing. Free everything!

Fallen, non-redeemed human beings want someone else to take care of them–even if they lose their own self-respect and everything they possess. Me-first handouts are the road most desired.

One of the greatest Satanic achievements in the past two generations has been abysmal decline of both morals and public education. In much of the Western World, secular activists have successfully removed the Bible and character virtues from the government schools, refused to teach civics and history accurately, and succeeded in loading many universities with Marxist professors.

Today’s youth are voting for socialists in droves because they are ignorant of both reality and history. The children of the Internet–with vast resources of learning available to them–have become the stupidest generation in memory–while mesmerized with self on their hand-held machines.

Samuel Adams promised the American nation three hundred years ago that if “virtue and knowledge are diffused among the people they will never be enslaved. This will be their security.”

Today virtue is out of style and knowledge of right and wrong on the wane. Freedom will expire with it if we don’t start thinking again.

It’s easy to blame the Fall and progressive education for the seduction of socialism. But deficit spending?

Yes–by politicians in both parties and all of us citizens who have let our nation roll up 23 trillion dollars in debt. We gaze blankly at that staggering total, hear Bernie Sanders and Elizabeth Warren talk about adding scores of trillions more–and don’t blink an eye. That “invisible” debt hasn’t hurt us yet (we think), so why not trillions more?

But it’s a lie–a facade. The debt will catch up to us. And the more of it, the faster and more devastating comes the crash.

Thus, with the aces of human depravity, ignorance, and debt amnesia in his deck of political cards, Bernie Sanders is succeeding at bluffing a portion of the American electorate toward socialism.

Rep. Liz Cheney points out this philosophy will lead to the death of freedom:

Last week Vice President Mike Pence told the truth about socialism to a cheering crowd at the C-PAC gathering in Washington D.C.:

“Socialism has failed everywhere it has been tried, in every era in every continent. Freedom works. It was freedom and not socialism that ended slavery, ended two world wars, [and] has made America a beacon of hope.”

Though the socialist movement contains three attractive aces, it also features two jokers that do not enhance its hand–Sanders and Warren. Bernie is angry and Warren is mean-spirited. Both lie about their past, their programs, and remain power-hungry politicians that most American voters are rejecting at the polls in 2020.

But the temperature of Sanders/Warren socialism is rising and has given America a fever. What happens in the future when a young, “attractive” socialist leads this insidious parade?

I hope we don’t find out and here’s what we must do.

We need to re-evangelize the American nation to combat selfish human nature. We must push for school choice in education to elevate good teaching and God’s truth. And we must vote for courageous civic leaders that have the guts to attack the deficit.

We desperately need God back at the center of our national life. Jesus Christ alone possesses the true vaccine for the virus of socialism–revival in His Name and through his power. 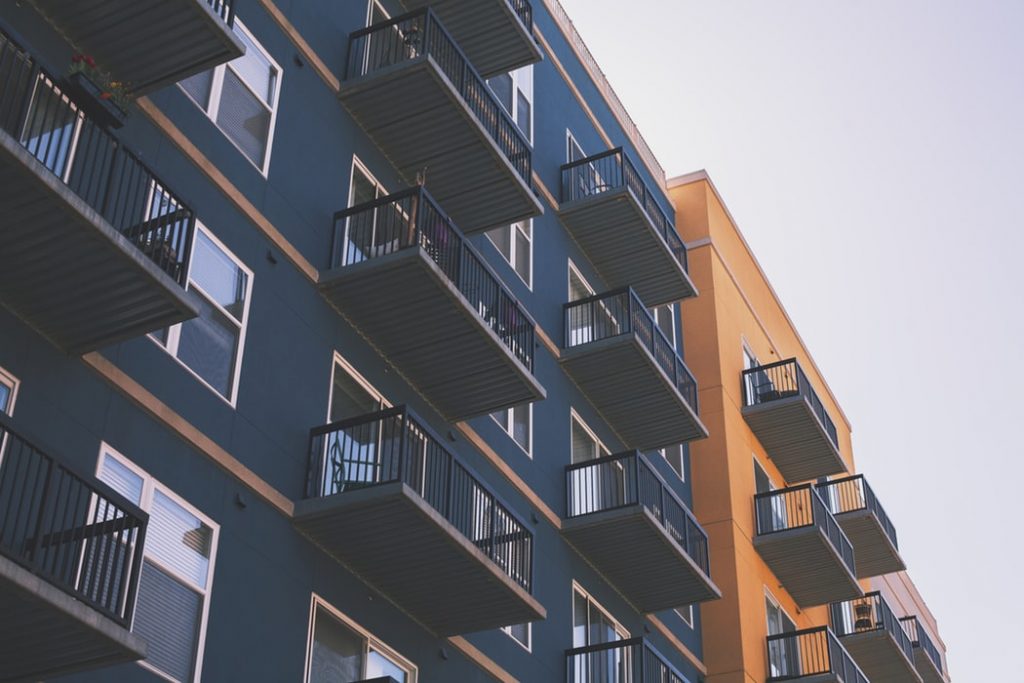 I am not an economist and in this article, won’t pretend to be. Economic theory often confuses me–but I’m not alone. Our nation is 23 trillion dollars in debt and very few seem to care.

But I am an American, a parent and a follower of Christ involved in helping people improve their circumstances by the blessings of God–both in this life and the next.

Thus, I’m concerned that as we reach the twenty-year mark of the 21st century (2020), most young adults I know can’t afford to buy a house in the wealthiest nation on earth.

I think I know why.