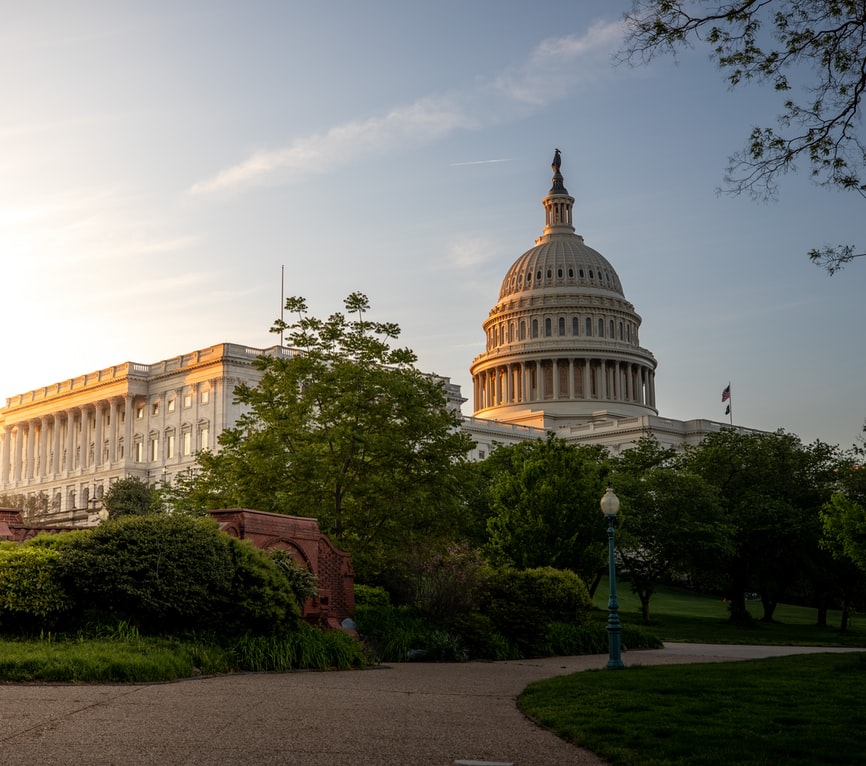 It is no mistake that God inspired the Apostle Paul to place “self-control” at the end of his list of godly character qualities (Galatians 5:19-23). It is the one that controls all others.

All who participated in the Capitol riot should be prosecuted and jailed. Their behavior led to five deaths, property damage, fear among our lawmakers and angst among the populace.

But the Capitol riot has now ignited a far greater evil in America.

Fascist fury has been unleashed.

I was deeply saddened to see the Capitol Building overrun by hooligans following the “Save America Rally” led by President Trump on January 6.

The scene brought back many memories.

I worked on “the Hill” in Washington, D.C. from 1980-86 and spent much time in and around the Capitol complex. Most days I came to town early to read the Bible and pray on the east veranda of the Capitol Building (this is the same location where presidents are sworn in and many rioters posed for a picture) before walking to our 133 Ct. Street center.

It was a joy to spend many early morning hours looking out over the Washington Mall and interceding for the city and nation.

Most portions of the Capitol Grounds were easy to access during those years. September 11, 2001 changed that when barricades were erected to keep visitors away from the perimeter of the structure. Those barriers were pushed backed and stormed on January 6.

Once when giving a tour of the Rotunda, I noticed three men in suits who appeared to be praying in a corner of the room. I approached them and they introduced themselves as new Congressmen who fasted and prayed there one day week. One of them became a close friend for decades.

That day they showed me a special room off the Rotunda that few know about–a small chapel with a beautiful stain glass window of George Washington on his knees in prayer.

I led prayer meetings in that sacred space for many years thereafter.

That’s why it brought anguish to my heart to see the Capitol defiled by rioters.

I have another special memory–of the Capitol Grounds police force. Every morning I walked to work and afterwards when I visited DC., I was greeted by a friendly policeman who manned the corner of 1st and C. Street SE. He always smiled, wished me a good day, and told me he was praying for all in his jurisdiction.

This faithful Capitol Hill policeman manned his corner for at least thirty years while praying for and guarding our national treasure. That’s why I mourned the death of USCP Officer Brian Sicknick following the riot. I knew some who served.

At this point 133 people have been arrested for the riot–and thirteen charged. I hope all who illegally entered the building will pay for their crimes. Fifty-six officers were hurt in the clash. Justice must be served.

Now some thoughts on the rally that proceeded it.

I have attended large peaceful demonstrations in D.C. starting with Washington for Jesus in 1980 (700,000) and Promisekeepers in 1992 (one million).

David Kubal, president of Intercessors for America, was a real-time observer for seven hours of the Trump rally and the break-in of the Capitol. Here’s his objective and balanced analysis.

David and others say that the masses who came numbered closer to 1,000,000 people. They, like many of us, believe that the 2020 election was fraudulently manipulated by the American axis of evil (Democrats, Media, and D.C. Establishment) after it was clearly won by President Trump.

That’s why they came to D.C.–to protest social injustice on a magnitude not experienced in our lifetime. Nearly half of the American people believe the election was stolen. The Trump administration scheduled the rally to make that point clear.

But I believe President Trump made three mistakes out of anger and frustration. First, the rally should not have been held the same day as the vote certification–maybe a few days before. That decision created a possible powderkeg–which exploded.

(I refuse to speculate on who led the riots. There’s no proof yet. Certainly, it involved Trump supporters and possibly some Antifa thugs and professional anarchists.)

Secondly, the president should never have pressured Vice President Pence to unilaterally impact the Electoral College certification vote. That was unfair to his most faithful friend and confidant.

After accumulating evidence of fraud over the past sixty days but being stopped by the courts, President Trump should have taken the high road like King David when he was illegally dethroned by his son Absalom–a story wonderfully told in A Tale of Three Kings. He should have put his future into the hands of God and quietly left town.

Let God be the vindicator.

Third, contrary to the impeachment proceedings and current lies of the secular press, President Trump did not incite violence. These are his actual words at the rally:

“Let us walk down Pennsylvania Avenue to peacefully and patriotically make our voices be heard.”

Have you noticed that none of the media are playing his speech as evidence of incitement? Why? Because he didn’t incite. His words are clear.

However, it was the wrong day to peacefully protest, Vice President Pence was pressured, and President Trump made the mistake of not anticipating the possible violence and tamping it down. He should have stressed three-to-five times that we must be peaceful and not be like them.

What do I mean?

For six months progressives mostly condoned and encouraged rioting and violence after the death of George Floyd. Their cause was as just as election fraud. But their means was more evil. Led by the dishonest narrative of the Marxist Black Lives Matter organization, in the past six months:

All riots are evil, but some are more diabolical than others.

The Capitol Hill riot lasted several hours. Sources say that “normal maintenance” will cover the damage costs. Today, life on the Hill has returned to normal.

Not in the fifty states.

And now using the false narrative of incitement, the American axis of evil (AAE) is showing its true colors:

“A centralized autocratic government headed by a dictatorial leader, severe economic and social regimentation, and forcible suppression of opposition” (Merriam-Webster).

Hate-driven Congressional leaders want to impeach the president (in his last week in office!). The Big Tech czars have permanently banned Trump from their platforms. All who worked with the president are being “canceled” and black-listed. As Tony Perkins writes, The Conservative Purge Begins.

Next comes the eighty million people who voted for Donald Trump.

Finally, the people of God–all who believe in Jesus Christ.

This cultural civil was never about Trump. It was about what he wanted to “renew” (Make America Great Again), that is, our faith-based heritage and its guiding principles.

That is what the fascist fury is hell-bent to destroy.

May God show us the way forward.