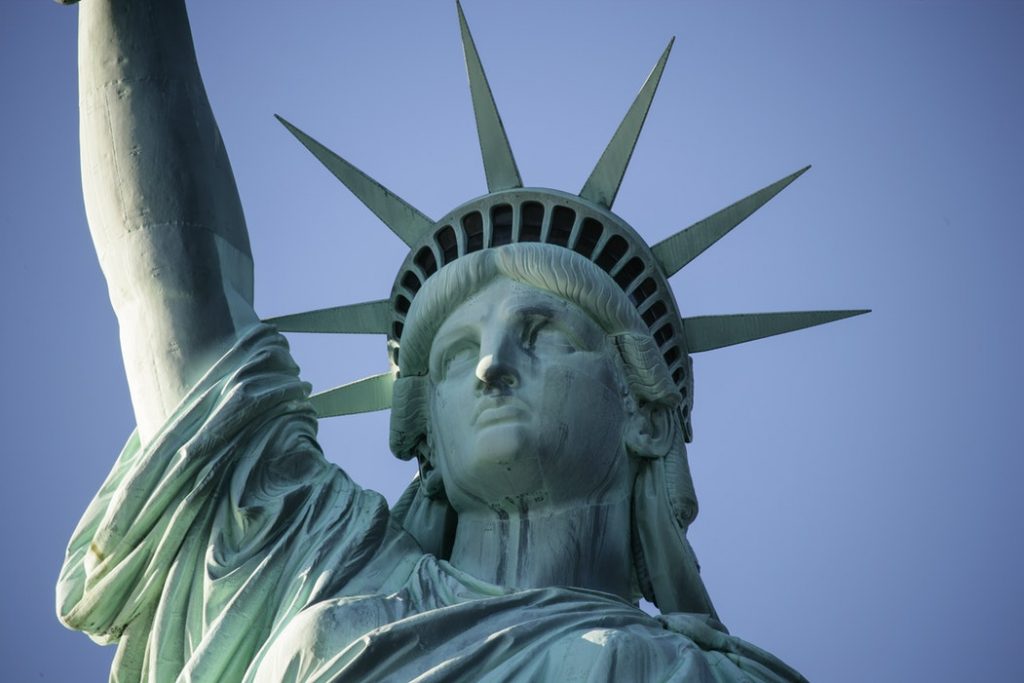 In the same manner that faith-based music often ends with a major chord showing completeness and hope in Christ, the Pledge of Allegiance, based on the 5,000 year leap of civil polity found in the United Sates of America, concludes on this triumphant note:

“With liberty and justice for all.”

History had never seen such a government designed for righteous and egalitarian purposes. Despots and strong men ruled the world for millennia. The U.S. shattered that status quo in 1776 and has since led the world in pursuit of freedom and justice.

The two pillars of a free society to which our children pledge their loyalty are teetering. Liberty and justice are in free fall.

The Trump Administration has revived the American economy (two straight quarters of 4 percent-plus growth), decreased the power of the bureaucracy through deregulation, and strengthened our legal system by appointing Constitutionalist judges (including the eminently qualified Brett Kavanaugh) to various courts.

Those trends must be broadened by voting for good men and women in the 2018 mid-terms.

But long term prospects in American culture remain worrisome. Two items that should keep us up at night (praying) stand out as the twin pillars in a republic:

Here’s the quick history of those rare national qualities.

Prior to the signing of the Magna Carta, the evolving of British common law, and the birth of the United States of America,  nearly all citizens of the world lived under strong men and tyrants. Most of the world still do.

The creation of the U.S.A. established the first citizen-run government through representatives pursuing freedom and justice for every individual.  No government in history had ever enshrined those pursuits as core values of government (except ancient Israel).

We’ve never perfectly practiced them in our 242 year history (human beings are fallen). But at least the commitment was sincere.

No longer. Those who want to change this nation–the Left, secular progressives, socialists and anarchists–have been chipping away at liberty and justice for decades.

I once thought the student protests of the 1960s symbolized championing free speech. Now I realize it was about gaining power–not ensuring liberty. Today, the same people and their young acolytes are :

What we’re learned from this demagoguery is that secularists (atheists) do not care about liberty.

They want power and control.

America–be instructed. A renewed biblical heritage is your only hope for freedom (Leviticus 25:10 and John 8:32).

“For three decades, the far-left has waged continuous war on conservative free speech in every available space. They have organized militant boycott campaigns against the right’s most effective advocates on talk radio. Democrats have exploited national tragedies from the Oklahoma City bombing to the Tucson massacre to try to regulate lawful, peaceful conservative free speech and enact an Orwellian Fairness Doctrine under the guise of decency, diversity and equality.”

“The ‘new’ war on conservatives on the internet is the same old attempt by desperate liberals to shut down their competitors in the marketplace of ideas. If you can’t beat ’em, de-platform ’em. That’s the progressive way.”

And not just “hate politics.” Try words, gender, and every social issue where progressives demand uniform thought (theirs).

“In California, the Democrat-controlled legislature enacted a law signed by Gov. Jerry Brown that can send healthcare workers to prison if they decline to use pronouns preferred by patients.”

“This is not just a wrinkle. It’s a major threat to freedom of conscience. As Jennifer Roback Morse, author of The Sexual State: How Elite Ideologies Are Destroying Lives and Why the Church Was Right All Along, warns: ‘If the government can make you say, Bruce Jenner is a woman, they can make you say anything.'”

“Abigail Shrier wrote in The Wall Street Journal this past week, ‘For those with a religious conviction that sex is both biological and binary, God’s purposeful creation, denial of this involves sacrilege no less than bowing to idols in the town square.'”

“Where’s the prophet Daniel when we need him?”

Just as dangerous as the loss of freedom is the current perversion of justice that’s crippling our national government.

Here are the FACTS that have been painstakingly uncovered the past two years:

Kevin Brock, former assistant director of intelligence for the FBI, names names about the current criminality (May 18, 2018):

“Three weeks ago, the FBI turned 110 years old. That’s a lot of history, most of it storied.  But it would be hard to find another period more devastating to the reputation of the FBI than these past two years. High officials failed to protect the FBI’s immutable compact with the American people.”

“James Comey recklessly inserted himself into a presidential campaign, causing chaotic disruptions that a Russian spy could only dream of. He made up responsibilities not in his job description and got fired for it. His damage to the FBI was immense and, perversely, he made sure it continued after his firing. He prolonged his betrayal of the American people’s trust in the FBI by upchucking a book in record time with the pious title ‘A Higher Loyalty.’ If he’d titled his book ‘A Higher Royalty,’ we’d be closer to the truth of his motivations.”

“Andrew McCabe made critical errors in judgment that left him open to concerns of bias. McCabe led the investigation into Hillary Clinton’s handling of emails and later initiated an investigation of the Trump campaign. McCabe stubbornly refused to acknowledge the obvious conflicts of interest and recuse himself until it was too late. In the end, he lied under oath and was fired.”

Peter Strzok was brought in by McCabe and Comey to personally involve himself in both of the controversial investigations. At every key turn — affidavits, interviews, FISA applications, informant taskings — there was agent Strzok. . . They culminated in his now famous assurance that ‘We will stop’ Donald Trump from becoming president. Who is ‘we?’ Look at the team he was on. Now all of them have been fired.”

“The FBI exists to ensure equal treatment for all under the law, not to decide who deserves to be president.”

Where’s King Solomon when we need him?

Saddest of all is that a large portion of American citizens no longer understand freedom or care about justice. They’re too busy entertaining themselves while the music plays (and the ship is sinking).

If the “philosophy of education in one generation is the philosophy of government in the next “(Abraham Lincoln), then we’re in deep trouble.

We need a great awakening to our founding virtues in our homes, schools, and every branch of the deep state of the United States of America.

Posted in Culture, Freedom, General, Justice, Revival and tagged Censorship, Pledge of Allegiance
← An American Prophet Speaks to the Church of the Mid-TermsKavanaugh Conundrum: I See a Satanic Signature →