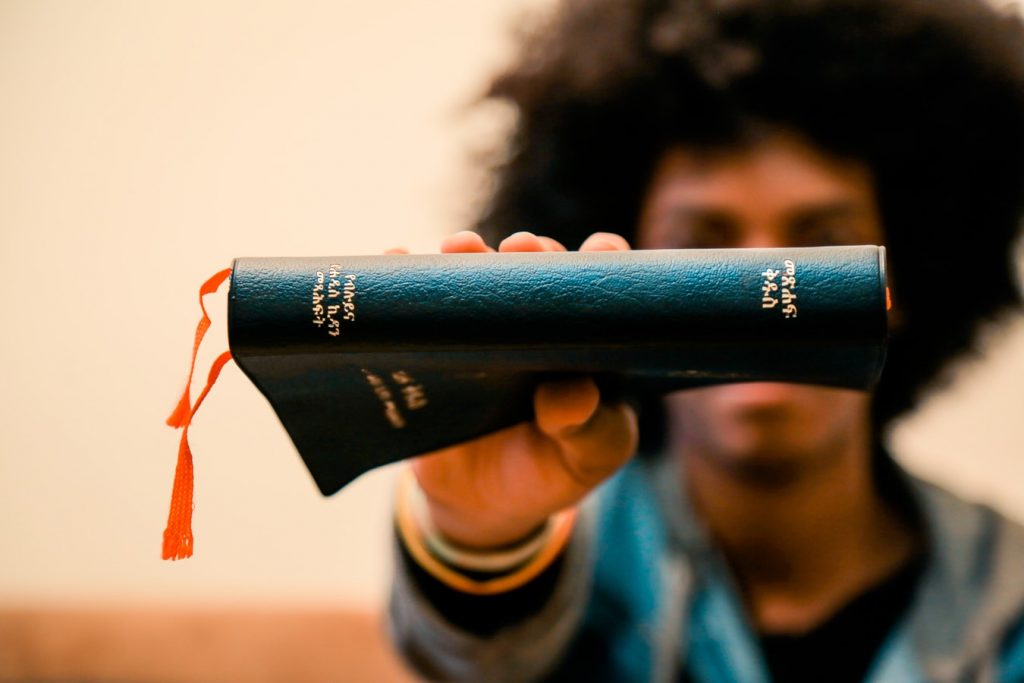 I fondly remember two young prophets (with a small “p”) during the Jesus Revolution days that impacted masses of young people:

Keith worked closely with YWAM  during the early 1980s and his wife Melody carried on through Last Days Ministries. A generation was impacted and mobilized through their efforts.

Keith went to heaven in a small place crash in 1982.

Mario Murillo was the other prophetic evangelist whose words still touch many hearts today. He recently gave a probing word on the  upcoming mid-term elections in the United States.

Here is an American prophet’s words to the Church of the Mid-terms.

I’ve never been a political partisan. I don’t know how my parents voted and I personally have voted for both Democrats and Republicans. There was once a time in America when both parties shared the same Judeo-Christian foundation–with slight differences.

But that day is long gone–as evidenced by the Brett Kavanaugh hearings (circus) that began today.

We are currently fighting for America’s destiny, biblical worldview, the Great Commission, and much more. One political party has walked away from the God of their ancestors. The other party is weak and timid, but the foundation still holds due to an unusual choice by God.

In my morning devotions, I’m reading the Book of Revelation. In chapters 2 and 3, Jesus gives seven prophetic messages to various churches that his “beloved disciple” John oversaw (in the modern-day nation of Turkey). I’ve had the privilege of visiting the sites of all seven churches with YWAM in 1974–etching their messages deep in my heart.

When I read the following article by Mario Murillo, I thought of those messages to the Church of their day. Mario’s bluntness is hard to hear. To many, they will come across as partisan. But so did Dietrich Bonhoeffer’s words in 1930’s Germany. The Church of his day refused to see the obvious before them and the world was plunged into war and devastation.

Ponder Mario’s words with humility and openness. I share them in their entirety. I hope he’s wrong.

Will Two Bone-headed Church Ideas Cost Us the Election in November?

Two bonehead ideas are still being used by celebrity preachers as an excuse to remain silent when they should be mustering the army of God to do her duty this November. These ideas are putting the church back into Obama era apathy at the worst possible time. Think of what is at stake. The Supreme Court, the economy, national security, and everything we hold dear will be lost. The floodgates of immorality will open.

Here are the two bone-headed ideas.

1. All government is from God and we must submit.

2. A candidate must be sinless or we are choosing the lesser of two evils.

And here are the verses abused to justify those two bone-headed ideas:

“Let every soul be subject to the governing authorities. For there is no authority except from God, and the authorities that exist are appointed by God. 2 Therefore whoever resists the authority resists the ordinance of God, and those who resist will bring judgment on themselves. “For rulers are not a terror to good works, but to evil. Do you want to be unafraid of the authority? Do what is good, and you will have praise from the same. 4 For he is God’s minister to you for good. But if you do evil, be afraid; for he does not bear the sword in vain; for he is God’s minister, an avenger to execute wrath on him who practices evil.”

1. It’s bone-headed to say we must submit to government no matter what: No sane Christian believes Hitler was God’s will for Germany. God raised up divine retribution on him through the nations of the world. God works through people to restrain evil. The church must do her duty to restrain evil.

German believers abused these same verses to justify their apathy. Dietrich Bonhoeffer could not open the eyes of the German church about the horrors of Hitler. His radio addresses warned Germany. Ironically, he blamed the fad of cheap grace and their blind submission. They rejected his warnings and the consequence was the bloodiest world war and 6 million Jews annihilated.

Again, the point is that God works through people to stop evil. The church’s silence in the face of evil is not noble or virtuous, it is itself evil.

Nations can and do pick evil leaders. Even Israel picked an evil leader: 1 Samuel 8:6 “But the thing displeased Samuel when they said, “Give us a king to judge us.” So Samuel prayed to the Lord. 7 And the Lord said to Samuel, “Heed the voice of the people in all that they say to you; for they have not rejected you, but they have rejected Me, that I should not reign over them.” Obama was never God’s choice for America. We have a mountainous stockpile of wreckage to prove it.

When evil reigns, God begins a complicated process to reestablish justice. Human history is messy. God works in that mess. We want story book endings but humanity is complicated. Jehovah works like a surgeon skillfully cutting around vital organs to get at the cancer. Jesus spoke of the wheat and tares having to grow together until the end—otherwise the wheat would also be lost. We have a Biblical mandate to discern and get involved in the work God is doing to save our nation.

2. It’s bone-headed not to vote because you “refuse to pick the lesser of two evils.” You must discern where God is working and support it. God uses flawed people: Daniel was probably shocked to discover that God choose to use Nebuchadnezzar. Instead of asking who is without sin, we should be asking where is God working?

“But when Paul perceived that the one part were Sadducees, and the other Pharisees, he cried out in the council, Men and brethren, I am a Pharisee, the son of a Pharisee: of the hope and resurrection of the dead I am called in question. 7 And when he had so said, there arose a dissension between the Pharisees and the Sadducees: and the multitude was divided. 8 For the Sadducees say that there is no resurrection, neither angel, nor spirit: but the Pharisees confess both. 9 And there arose a great cry: and the scribes that were of the Pharisees’ part arose, and strove, saying, We find no evil in this man: but if a spirit or an angel hath spoken to him, let us not fight against God.”

Jesus said that the Sadducees and Pharisees were both evil. So was Paul choosing the lesser of two evils by siding with the Pharisees? Or, was he discerning where God could work? Right now it is Trump He can work with. But Trump needs a Congress he can work with. We had better work with God in this next election.

Still don’t know what you must do? From Nancy Pelosi to Alexandria Ocasio-Cortez, Democrats have vowed to open borders, seize guns, redistribute wealth, skyrocket taxes, and force the church to “evolve.”

Evil is not hard to spot. It hates, Israel, Christianity, and Biblical morality, the family, and the unborn. The Democratic Party wears this badge of hate proudly.

How disastrous will it be for them to get the House and Senate?

It will be the same as if Hillary had won

What are you (Church) going to do about it?

“Anyone with ears to hear must listen to the Spirit and understand what he is saying to the churches” (New Living Translation).