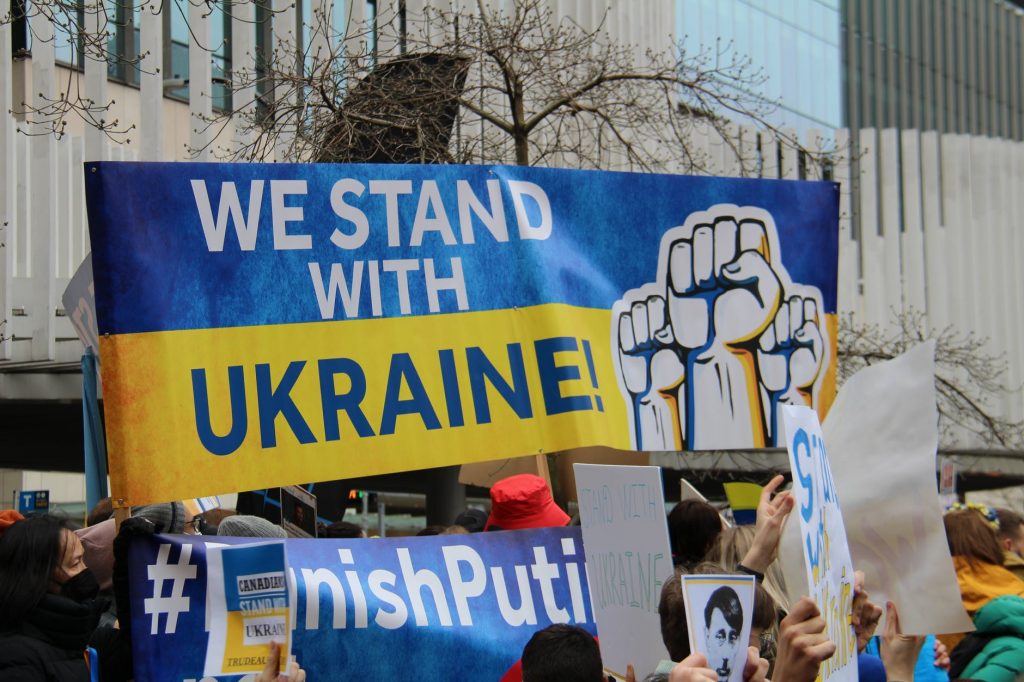 I am on a break between college quarters and will let others share the story. Let’s begin with Dennis Prager on the “oil” issues behind the Russian invasion.

For more than 40 years, the environmentalist movement has been warning that global warming is the result of mankind’s burning of fossil fuels and poses an “existential threat” to human and other biological life.

This is one of the many grandiose lies the left uses to reshape, if not destroy, Western civilization. Other grandiose lies used to achieve that result include America being systemically racist; that violent crime is the result of racism and poverty; men give birth; sex and gender are “nonbinary”; and that former President Donald Trump was a Russian asset.

It should now be obvious that the “Greens,” the environmentalist movement—not global warming—poses an existential threat to humanity. For the first time since the Cuban missile crisis of 1962, the world faces the possibility of a nuclear war. Russia is explicitly threatening use of nuclear weapons should the West come to the defense of Ukraine and has put its military on nuclear alert.

Given the possibility that Russian President Vladimir Putin is deranged, the threat is far more real than it was in 1962 when Nikita Khrushchev was the leader of the Soviet Union. Putin believes he embodies Russia (just as Hitler believed he embodied Germany). Khrushchev did not believe he embodied Russia.

Were it not for the green movement, Putin would not have been confident that he could get away with invading Ukraine.

During Trump’s presidency, and due to his policies, the United States became independent of foreign oil for the first time. Within months of assuming power, the Democratic Party, an extension of the environmentalist movement, forced America to revert to dependence on foreign oil, including Russian oil.

Beholden to the environmentalists, candidate Joe Biden made promise after promise to curtail oil and gas production: no new fracking on government land, no drilling in the Alaskan Arctic, and shutting down the Keystone pipeline.

Putin got the message.

So, thanks to environmentalists, not only is America once again dependent on foreign oil, Germany is dependent on Russian oil. Angela Merkel, another in a long line of foolish Germans, even shut down Germany’s nuclear reactors—which the greens in Germany applauded.

The Democrats came into power in 2021. The average closing price of oil in 2020 was $39.68 a barrel; the closing price of oil in 2019 was $56.99 a barrel. As of this writing, it is $138 a barrel. The extremely high price of energy—a direct result of the environmentalist policies of the Democratic Party and the liberal and left parties in Europe—is one of the two primary reasons for the ever-increasing rate of inflation. (The other reason is the result of another Democrat policy: the printing of trillions of dollars.)

And any day now, the Biden administration will announce an agreement with Iran that will enable Iran to take in billions of dollars for its oil. Yet another victory for Biden, the Democrats, and the environmentalists. This agreement, brokered—incredibly—by Russian diplomats, will enable Iran to sponsor worldwide terror, resuscitate Iran’s economy, and continue its quest for nuclear bombs.

But none of this matters to Biden, the Democratic Party, The New York Times, or any other left-wing institution—so strong is the grip of the environmentalist cult and so influential are the uber-wealthy environmentalists who support the left.

They would rather see Ukraine destroyed, the potential for a nuclear war, and the decimation of the world economy than allow fracking, drilling, or even an oil pipeline between Canada and the United States.

Its activists are fanatics.

Its consequences are nihilism.

Environmentalists are, intentionally or not, in collusion with Putin to undermine America and the West.

For years, a Russian-led pipeline project has been Ted Cruz’s nemesis. Nord Stream 2, which would allow the country to export billions of dollars’ worth of natural gas to Western Europe while bypassing Ukraine, has been a single-minded focus of the senator who pushed legislation in 2019 that was signed by Donald Trump to sanction the pipeline’s owner. The sanctions were waived when Joe Biden became president in order to repair relations with Moscow and appease European governments supportive of the project.

So Cruz single-handedly blocked scores of Biden’s nominees from receiving floor votes to force them to reimpose sanctions on Nord Stream 2’s owner. It was a familiar role for the Republican from Texas, who as a freshman helped to force a government shutdown in a failed attempt to repeal Obamacare. Cruz’s concern was that allowing the pipeline to continue would encourage Vladimir Putin to act aggressively. Needless to say, by launching the largest ground war in Europe since World War II, Putin has confirmed Cruz’s worst fears. The White House finally did restore the sanctions last week, but only after Russia had already invaded Ukraine.

“That decision was the direct cause of the Russian invasion of Ukraine,” Cruz said in an interview this week in his Senate office. “And when Biden waived sanctions on Nord Stream 2, I said at the time, ‘The consequences of this, if the Biden administration allows Nord Stream 2 to be completed, will be a Russian invasion of Ukraine, will be Russian tanks in the streets of Kyiv.’ I wish that prediction had not proven accurate, but it has proven precisely accurate.”

Another great article on our USA oil policy madness: The Green Immoralist by Victor Davis Hanson.

Putin’s aggression has to serve as a wake-up call. America is not as powerful as it was just a decade or two ago. The challenge from Putin is nothing compared to the Chinese challenge at our doorstep. Without some form of American renewal, China is set to upend the long, peaceful, and successful period of American dominance in the world. It’s time for Americans to decide whether we are going to let that happen.

Next week I will begin a series on how to be overcomers during the 21st century chaos.